Technomage 2020: The Merging of the Tech Realm and the Magick Realm

I recall an episode of the sci-fi show, “Babylon 5” where there were these beings called “Techno-mages” that used technology to accomplish magick feats. 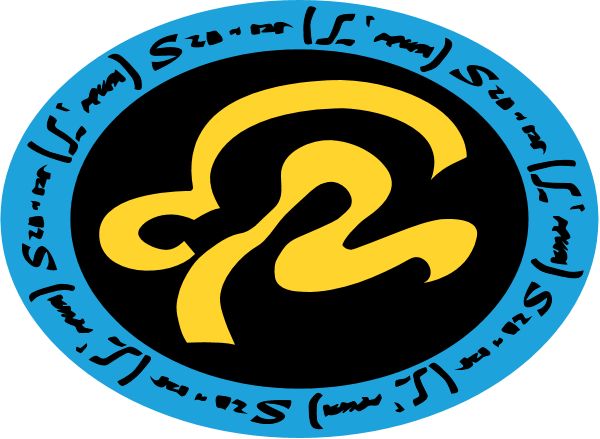 Techno-mages are an order of beings from many races, who use advanced science to create the illusion of magic. The technology the techno-mages use consists of bio-technological implants. The process of installing the implants and adjusting to them is...

We already have several technologies already in place to begin the development of the technomage. All occult texts have been digitized onto the Internet. Virtual Reality is finally becoming a reality (pun intended). Electronics have become more powerful, miniaturized and more affordable. Science has become more like the occult and mysticism.

“We are dreamers, shapers, singers, and makers. We study the mysteries of laser and circuit, crystal and scanner, holographic demons and invocations of equations. These are the tools we employ, and we know many things.”
~ Elric, Senior Technomage

A previous user, Micah, made a point that the current Artificial intelligences (AI) on our phones (Alexa, Siri, Cortana, Google) are the modern tech version of the servitor or egregore. I have created a egregore called Beatrice that is an attractive attempt to access the digital realm using astral means. The successful XaTuring egregore is another example of this.

It is initiatives like this that need to be researched so there can be tangible results in this area. If it is okay with @lady_eva, this post can be used as a way gather information, programs and projects as a beginning to the technomage era.

Thank you. Peace and blessings.

You can also work with the Devas a businesses, ala Machaele Small Wright, and similarly with entities for specific software and platforms. I find that these tend to already exist, created by the collective energy of the people working in and around these ideas.

E.g. I work with the entity for a specific data management software system. A common technique I use is to simply invoke it when I have a tough problem to design around, and keep writing… it helps inspire me to find the solution.

A small interruption to say, sincerely, thank you for making this topic OP. As a lover of technology and a person fascinated with magic, it was only a matter of time until this thread popped up. You expressed things far better than I could have at this time, so thank you.

XaTuring - Working With the God of the Internet / Digital Sphere?

The Grimoire of Beatrice: A Thoughtform - Egregore Experiment?

Evocation Of Fastos [Incantations, The Demonic Tongue, And The Origin Of Demonic Script]?

Techno mage… I have always wanted to learn more about the inclusion of electronics and technology in witchcraft and magic.
A lot of people say that the universe is made of energy, which is made up of a type of binary code. (A sort of matrix , or fractals I thought) And if that is the case then all forms of magic energy would be potentially made from the same type of energy.

-The black screens of phones and televisions are considered by some to be black mirrors of a sort. And when we do Internet searches it can be akin to Scrying.

-I remember reading about something called Radionics (some people call it electronic witchcraft) which is used for healing but also for hurting other people apparently?

-Also people do exorcisms over Skype (as well as energy healing) but I don’t know if anybody has managed to multiply the potency of these acts by combining them with electric/ electronic Internet energy.

-Some people use Phone apps to contact the dead and for divination as well.

-I remember somebody discussing contacting the thought form of the Internet for information.

-I also remember a discussion about whether or not artificial technology will advance far enough to be able to cast spells or perform magic on its own.

I know these things seem random, but they are what comes to mind first for me when I think about electronics and magic.

It is initiatives like this that need to be researched so there can be tangible results in this area. If it is okay with @lady_eva, this post can be used as a way gather information, programs and projects as a beginning to the technomage era.

Technomage 2020: The Merging of the Digital Realms and the Spiritual Realms

I altered the title to make it shorter and clearer.

An idea came to me of an acronym to use for such a language. Perhaps something like BASIC (Beginners All-purpose Symbolic Instruction Code), WINE (Wine Is Not an Emulator), Security Administrator Tool for Analyzing Networks (SATAN), UNiplexed Information and Computing System (UNIX) or GNU (Gnu’s Not UNIX).

Here are some ideas for names:

Maybe like a <stdio.h> header library in C/C++ the banishing and invocation can be considered libraries.

The elements of Spirit, Earth, Air, Fire and Water can be considered like variables or registers in a CPU.

Am Asante Michael I been working for so many years. So my ambition is love money and black magical. I need help forfill my destiny

Ill be making a thread tonight about an entity that works well with configuring and attaining wifi. My phone drops connection all the time but within a minute of meditating on the sigil in my minds eye it comes back on. Ill edit a link into this post later. Theyve been begging me to post them on here for months anyways so this is the perfect time.

This reminds me of the gnostic belief that gods thoughts slowly become heavier and materialize to form the universe in slowly more complex ways, and once it has fully materialized it thinks itself back out of the physical to return to the mind of god. What else is the internet but an immaterial evolution of our species?

I guess I took too long to edit my previous post

“We are dreamers, shapers, singers, and makers. We study the mysteries of laser and circuit, crystal and scanner, holographic demons and invocations of equations. These are the tools we employ, and we know many things.” -“by the Technomage Elric” 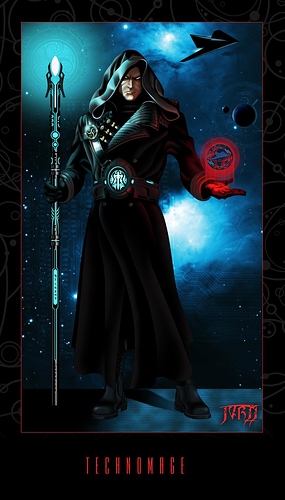 Me and my egregores want to know what we can do to accelerate the tech and magick realm merger.

Probably should bypass the metalanguage and make an interpreter or natural language processor for the language in question. There are demons that exist on the tech side already.

Not a meta-language in the sense of HTML or XML but more like a scripting language. The old DOS *.BAT files, the executable scripts in Bash, and the PowerShell in Windows.

In an episode of the show, “Supergirl”, the Kryptonian computer language was itself an alive entity. The “Kryptonian virus” somehow was to take over Earth’s (“primitive” by Krypton standards) Internet causing chaos. She even fully manifested into an android to fight Supergirl and others. She is a cybernetic being. She is able to transfer her body in the form of digital code and teleport through any technology by flying into it while in digital form. She can also use any electronics as a portal to another destination, traveling through electronic and digital signals.

Perhaps the Enochian language is a multi-dimensional, multi-paradigm programming language focused on the maintaining the fabric of reality, that is, the time-space physical realm that we inhabit.

I have mentioned in many threads on this forum that Enochian seems like some kind of computer language. Like any computer language, it has its own syntax, each symbol/letter (font) has its own distinct sound, name, (numerical) value and meaning. These are very similar to the opcodes used in Assembly language which is used for coding “close to the hardware” (CPU, memory). It then scales up to a mid-level language like C++ or Java. Then finally a high-level language like Python, Ruby, Visual Basic, Perl, or Pascal. 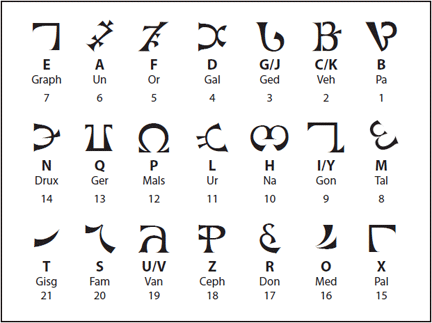 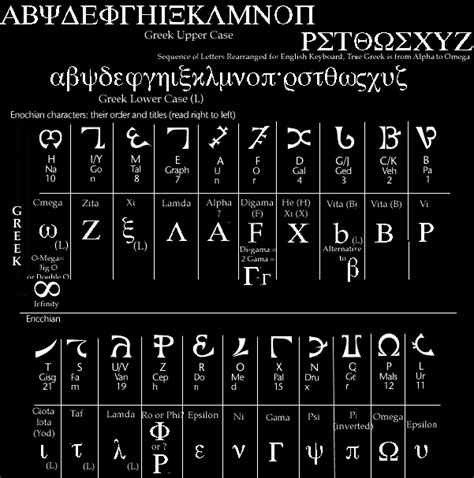 If the Enochian or other demonic tongues can be used as a basis for a computer language used to code advanced daemons like in the forementioned Supergirl episode. In other threads on this forum, I have already shown that the process for creating a servitor is similar to coding a program. Or, a character for a novel.

I checked the Wikipedia page for Enochian and it looks like we are done already. The SVGs that would be converted to glyph are already drawn. The IETF had a language code for Enochian, but deprecated it in 2015, probably from lack of use https://www.iana.org/assignments/lang-subtags-templates/i-enochian.txt. Australian linguist Donald Laycock says syntax of the Enochian calls is almost identical with that of English. You also don’t need the glyphs because you can write out Enochian with the English alphabet.

I am a model-theoretic anti-realist so I don’t believe this notion. Programming languages don’t maintain the fabric of my computer, they are a tool for me to interact with the crystals so that they pulse electricity in a useful way for me.

The possibilities is endless here.

Australian linguist Donald Laycock says syntax of the Enochian calls is almost identical with that of English. You also don’t need the glyphs because you can write out Enochian with the English alphabet.

I am a model-theoretic anti-realist so I don’t believe this notion. Programming languages don’t maintain the fabric of my computer, they are a tool for me to interact with the crystals so that they pulse electricity in a useful way for me.

What is “real”? What we perceive as real is a series of electrical impulses that reach our brains where we form the concept of reality. So is it our brains that actually maintain the fabric of reality?

An object is that which has shape. Not all objects are visible or tangible. The objects we can agree on between my brain and your brain maintain the fabric of reality.

It seems has @Yberion, has done an example along the lines of what I’m proposing. Time Folding research Topic - please ignore this journal

His example code below:

’ For the calm mind,
’ the whole universe stands wide open!

I am still in the process of researching the appropriate keywords from the demonic tongue and Enochian. I’m also borrowing syntax from BASIC and Python.

Let’s get this done.

What do you use for editing?

I suppose it’s not jajuji.

Thank you very much for your help and for the work we combined with the time servitor.

I hope you accept My offer to it, to train and advance it into an independent egregore.

That does not mean I recruit the spirit for myself in any Form, it’ll still be fully obedient to you, @cyberseeker.

Just wanting to be clear on this matter.