The fundamental technique here is “sympathetic magick” also called low magick, this is feminine, emotional magick, you could consider it to be of the old ways. It’s freeform and not ceremonial, so there’s room to edit and make it yours.

First of all, lets put this in context:

This poppet spell was designed to kill the pain of a lustful attraction that was unable to be fulfilled, which could be seen astrally as cords between the lower energy centers of myself and the target, who was a former lover.
I fancied myself in love but knew I mostly just wanted to fuck his brains out when I’m honest.

I wanted to stop wanting him.

At the same time this also kills off his thinking about me, as, as we know having someone think about yo makes you thin of them, and that’s not what I want here. It’s a death spell for the entire relationship for both sides.

This relies mostly on nothing but yourself, your emotions, with a few simple tools and kitchen ingredients. The principle magickal ingredient is Amaranth flowers, of the variety “Love Lies Bleeding” which carries the energy of forgetfulness, ad that is what is being heavily leveraged in this spell. I bought some dried from etsy at the time, and since then I have grown it.
I got this info from Cunningham’s Encyclopedia of Magickal Herbs: a staple on the shelf any witch, imo. 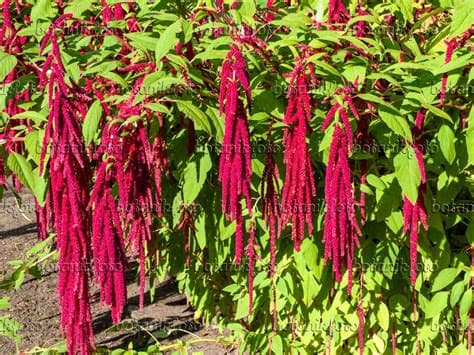 What is “Sympathetic Magick”? … bit about that here:

It’s stylistic. Sympathetic magick is “low magick”, traditional witchcraft where you are only relying on yourself, and your link to the target. The candle is representing your love, hence the ‘sympathy’ part. Here’s a link about sympathetic magick. Other examples are poppets/voodoo dolls, and witches ladders. It’s a very practical and more independent approach, and more freeform and open to personal adjustment. You can literally stand out in the woods/kitchen/bar, grab whatever is to hand and …

So you are creating a link that doesn’t just represent the thing you want to affect, it IS the thing.
You must convince yourself of this, so that what happens to the poppet happens to the thing. In this case, the thing is the relationship, not a person.

More on how to make poppets here, including a link to a very good video on yt about it:

Plain old freezer spell. quick easy and effective. It’s powerful low magik. This also works for action as well as talk. Make a link to the target. It can be a photo, I like to make a dough poppet that looks roughly like the target. Become quiet, optionally, call your power to yourself, e.g. by accessing your higher self, opening your points to the above and below, spinning your torus, calling in the directions, something else or a mix Look at the poppet and know that this link IS the target. W…

With the background set, this is my process, and I realise I only explained it in brief on BALG before, here:

Moved to Relationships category. I recommend a bit of kitchen witchery - simple and very powerful: Get amaranth flowers, which have the magikal property of forgetfulness, mixed into a poppet that represents the obsessive part of the relationship. Make the poppet out of edible wax, like white chocolate, lard, or coconut oil if your climate is cool… Bury it, knowing that by the time it’s been degraded or more likely eaten, that link will have gone. As your will so mote it be. I like to listen t…

I refer to it from time to time, so here it is in full:

The entire operation is magickal, from the first intention to perform it until you walk away. As soon as you resolve to do it, know it has started, and the relationship linking you is already starting to dissolve.

Set the mood: emotions are important and music can help keep the enery in the right place.

I do this in the kitchen, and I clean the space and put on some good “fuck off” breakup music on a loop. Not spotify with ads, probably the same song with the right energy on loop.
The last time I posted about this I was using Three Days Grace “I don’t Care”, today I would use Solar Fake “I don’t want you in here”. Use what works for your energy to get it into full rejection mode.

Set up Ingredients and build the poppet:

You are enchanting it to purpose at the same time that you make it. This work you put into it is build it energetically as well as physically. Stay focused and on target the whole time. Listen to the music, see the link fading to nothing.

I like to make these out of a base of lard, which is cheap and accessible, or palm or soy wax,or coconut oil. Both are biodegradable, which is important: you want it to either rot or be edible without harm for wildlife.

Amaranth : Love Lies Bleeding is the only must

Mold:
You can use any shape, but I went out and bought a heart cookie cutter mold. It’s quite emotive

Steps to make the poppet. While staying in the mood.

Remember that by the time the dead thing has gone (might be very quick if animals dig it up and eat it. which they might, this counts and means nature didn’t want you to suffer longer) … by the time it’s gone the link and your feelings will have disappeared.

I got no idea of where or how I’ll get that herb, but THANK YOU SO MUCH FOR THIS!!!

Can this help if the other person is obsessed with me while i have no interest??

I haven’t tried it that way, but I think it would.

Adjust it so that as you’re stirring the melted wax, mix into yours the energy of the dissolved link causing their stored energy to also be drawn away into forgetfulness. INTEND that they forget about you. Then that will be built into the poppet as well and also continue working as the poppet decays into the ground.

Thank you, I will do that.

Wow. What a well made tutorial! Thank you so much for this incredibly clear contribution.

I don’t need to sever a relationship right now, but I learned a lot about poppets and sympathetic magick in general from your post here. (I also think the music you recommend is cool!)

I thank you for stirring my interest in poppets in general. They are so cool! They make me think of some of the fantasy movies I used to like. There’s just a charm to it that’s appealing.

When EA said on a livestream that old folk and witch magick often outperforms a lot of modern magick, is this the type of thing he was referring to? “Low magick”? It seems like very natural, straightforward magick. It makes a lot of sense.

A lot of the witchcraft books I grew up around in Massachusetts just basically had scans of random old grimoires. They were interesting looking, but didn’t teach things in such a usable format. I guess many were novelties more than anything else.

I think old grimoires are literally someone’s pauschal notes, not designed as reference books or primers, so they assume you already know how it all works and don’t explain.

There’s even a name for this: “blinding”. Like adding a textual key, the book becomes deliberately useless unless you know what the things translate to, what the symbology means, and for that you need someone else who knows to tell you.

This is where “initiation” comes in: it’s being taught these codes so you can understand the grimoires. Which is why today you don’t need to initiate into a current that has published books that explain it all at face value. You don’t need any orders, and you don’t need to assume people have secrets you have to jump through hoops to learn.

For the first time in millennia all the best info is free. What’s not free is the work to get practiced.