Whos Used Money Magick when they Had no money

Im a bit curious about this, but has anyone used money magic when they had no openings or talents whatsoever? Like who used magic to start their life anew from absolute scratch with nothing but magic?

Also, try Magickal Cashbook by Damon Brand. It worked for me a few times. And, there are many threads in this forum on this topic.

Magick or not, you still have to sell something, do something or work for it.

I. But I was never able to get large sums. Just enough to get by.

When your already in good finances your mind is much easier to get out the way. Desperation is the biggest cock block for magick and is the reason so many can’t manifest.

Money wont make you happy they shout… sure, but neither does being broke.

Next time you have money, do some money magick, its better to keep adding while you have than to try adding when your out of everything. Its better to fill up your car with gas before it runs out

Thanks very much; I look forward to your book coming out by the way. Never knew how Viking magick worked or even practiced it besides runes.

Like who used magic to start their life anew from absolute scratch with nothing but magic?

I came close to that when I was younger and had just left home, I don’t want to share specifics but I always found the Law of Attraction when done correctly and NOT mistaken for “wishful thinking” put a magickal boost behind the smallest actions to make them pay well.

But you will have to take SOME action, regardless, it’s just a case of choosing what’s most effective. The book “The Science Of Getting Rich” gives you some good ideas on how to shift the energy you put out, and to make small actions pay better.

Money Spells (And Other Workings) That Yielded Results Money & Law

The intention of this thread is to compile an online grimoire of money spells (workings, evocations, whatever else so long as it’s magick and not just NLP or everyday world stuff that even a skeptic could do) that have worked, in a simple format. List what you wanted, what method you used, any on-topic notes, and finally the result - no moralising, no comments about the capitalist system, no planned works or comments on someone else’s post (show appreciation with the like function, take “That s…

There’s also a lesser-known god of basically the freebie-handout in times of desperate need, and of insurance and welfare benefits, Mercury Dolius, I posted about him 2 years ago and he’s helped a few people on this forum who were in really dire situations:

Dolius is an epithet of the god Mercury: “The surname Dolius would seem to be associated with the dolium, a large earthenware vessel for storing foodstuffs such as oil and grain, from which is derived the modern English word ‘dole’ or state handout, in Roman times paid in grain.” ~ Source: roman-britain.org 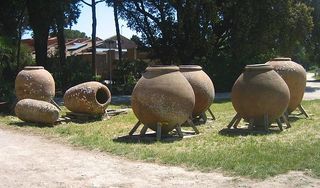 “By the time of the Empire (Rome was first a Kingdom, then a Republic, then an Empire), the number receiving this corn dole was set at around 200,000.” ~ Source: pass-the-garum.blogspot.co.uk

Mercury Dolius is the only spirit I’m aware of who may be petitioned when needing help with unemployment benefits (private or state-run), other welfare or disability payments, unearned money of any kind, and also money from any other system whereby people pool resources to pay out in times of need, such as pensions and private healthcare, insurance, or charitable hand-outs.

Also attributed as a god of trade and even fraud, he’s said to have a square face with a beard and hat (1), and to wear a purse around his neck (2), from which he dispensed his largesse.

Honour him with blue candles on Wednesday as soon as you have some money, and pass his name along to other people in need, maybe give a small sum of money or some food to someone in need further down the line when you can in his name.

99% of magick places the emphasis on self-assistance and self-reliance, correctly so IMO, but some people are in a situation that’s so fucked they need something for nothing, just to stay alive and start functioning again, and Mercury Dolius is the only spirit I know of who is specifically associated with this.

Don’t abuse his generosity, and try to give back in some proportionate way as soon as you’re able to do so.

28 Likes
Would you do a ritual for me?
Spirit For New Housing? Forum Group Research Project, Anyone? :)
I need food for 2 kids. Been 18 months
Introduce Yourself To Members Of The Forum
Insurance Company Injustice, Swap Help For A Reading?
Demons to help in court
Middle Level (Adept) Threads
Feelings of extreme dislike from Bune?
Mercury Dolius?
To get help when in need
Money magick
How to do a money spell
Introduce Yourself To Members Of The Forum
Spirits are assholes this is why
I have found prayer or spell
Unofficial Tutorials: Money and Wealth Collection
Demon to assist me influence the administration
How To Use Bills, Coins and Oils Only for
Drachir May 23, 2017, 10:21pm #8

I wasn’t completely out of money(back then), but it wasn’t enough for anything.
~I was scammed before (around ~710€) and we sold a moped,
and the money was supposed to make me get a driving license,
so: The money wasn’t supposed to get just into my hands.

I asked some names of marduk, to get the scamartist punished,
and to get my money back.

Note: It seems that those entities are not really listening if i order them to kill or harm someone, but will do as i wish if its beneficial in nature. ~So they will help me, but not kill anyone…which seems a kinda odd, because entities like: Zahgurim and its describtion, invite to such actions.
OR: i just wasn’t upset enough as i did the ritual.

So: I have 700 out of 710 back, and the scamartist isn’t dead, but he wasn’t going on my nerves with his endless stream of emails… At least did i had some time without that kind of bullshit.

Because it was the easiest way for the money to flow to me, i have recieved the money from selling that vehicle, -not by the death of a relative (i know…just too sad it didn’t happen :’( )

Does this spirit have a sigil per chance? And I greatly appreciate this

He’s a god, so they pre-date the use of sigils as we tend to use them for demons, but you could look up online the Kamea of Mercury (a grid of letters in a box), then render the name DOLIUS into simple gematria (A = 1, B = 2 etc), and draw that ON the Kamea, then you have his specific seal.

This has info on kameas:

In my experience, “money magick” is actually “work magick,” but that may be because I don’t believe in the proverbial free lunch. I did a long spell once asking for extra cash to make ends meet, and i got commissions for my hobby work rather than outright cash.

Never really had the need. When I need money, money finds me. Perhaps I’ve grown lazy, but I’ve learned to trust that.

I’ve used a combonation of planetary and elemental magick to expand the funds i was getting using jupiter, earth and fire. Because of the craziness that was going on with my life at the time it took me awhile to forget about the spell but once i did things shifted to where im making a about 300 a month.

havent tried it yet but from what ive learned so far magick working with the planet jupiter is good for expanding upon sources of money you already have. Where as Venus is good for drawing new sources to you. Then its just a matter of figuring out which planetary hour would be best for the situation to capitalize on the energy.

Sometimes you need to do money magic, but I’ve got to wonder about skilled magicians who keep needing to do it, while their increased work hours make the rest of their life go to hell, their living situation doesn’t actually improve, and or they have parasitic relationships that suck up that money and nothing ever actually improves.

If your money magic just means you work 72 hours a week at minimum wage, perhaps the thing you should’ve done was career or opportunity magic. Or perhaps magic for a better living situation. Or even long-term magic combined with action, to change one’s social class.

(True story: I used to do money magic only to find that my ex-partner was an even stronger magician than I was, and whatever I managed to get ended up in my ex-partner’s hands. There was always something coming up with my ex-partner that sucked up whatever money I manifested. The best money magic I performed, tbh, was to leave that partner.)

I see so many people in witch communities just run over the same ground over, over, over again with financial emergencies. Scratch the surface and there’s a source of drama, a dead end career, an unstable living situation. Often, people want to fix the conditions of their box from within the box, but don’t really want to get out of the box. And understandably, because getting out of that box often means leaving behind whole social systems that supported that person being desperate.

I keep seeing so many people doing emergency money magic who won’t kick out the drunk good for nothing partner, who don’t want to change jobs, who are stuck in a trap of various family obligations and dependencies and surrounded by people who may consciously or unconsciously have a vested interest in them not getting ahead. If you’re surrounded by self-sabotaging or self-destructive people 24/7, those people are going to drag you down and suck up your resources, and they will have a vested interest in keeping you where they are at. Even moreso if you start bringing money around.

They’re trapped in a cycle that keeps them desperate, and it’s as much a social web and set of conditioned habits and behaviors and co-addictions (codependency is a huge part of this), as it is the culture and “the system.”

(I get that many people can’t change jobs and for real reasons, but we’re all magicians here. I’ve seen, and experienced, career magic resulting in a lay-off/termination, which ended up qualifying the person for payments of some kind and a subsidized training program. It’s amazing how many people do not use the resources available, or know about them.)

Emergency money magic may help in the short term but it’s probably best to also have a long-term plan for improving your life condition.

Great insight !!! Thx you so much💙

If you have money ($200 or more that you can set aside for a rite), Jupiter is abundance, and can make a decent sum of cash grow quite quickly if you do it right.

A Rite of Jupiter? How?