The Truth Of The Crooked Man - I Faced Him

OMFG that’s all i can say, okay so if you don’t know what this is about read these below …

I am able to just about everything and anything, but one thing i cannot do is call on one specific entity, since a child i was haunted this being, manifested blood hand prints all over my mother’s room. This entity was always seen standing by my cot as a baby, it moved my cot at nights to. We moved and my mother cleansed the house, it still came back then as a young child, i would begin seeing portals physically opening in my bedroom walls, with being coming out of it, i told my mother she sai…

Below i posted about a spirit that has haunted, taunted and followed me for years and years, since a baby and he has performed loads of poltergeist activity, including slamming doors, smashing glasses, knocking walls, burning things, shaking my bed, showing me portals as a child here is a little background. As i’ve said before i believe this entity uses the mask as the crooked man, to disguise himself because his power is beyond that which i have ever seen, i cannot even summon him, neither c…

Okay so this is what happened i called on the nine demonic kings, i called on my ancestors, i summoned the gatekeepers, then i asked the aid of lucifer.

I made a infernal triangle The power of the nine demonic kings, lucifer and the gatekeepers, i directed that power into the triangle, it glowed with so much infernal fiery intensity. Anyway i digress the ancestors empowered me and so did the legions of infernal.

I then used the incantation on summoning all magickal powers, then i entered TGS, went deep within myself, used the memories and emotion of my haunting with this so called ’ crooked man ', as a sort of signal to draw him closer to me.

I could hear breathing and footsteps behind me, i closed my eyes, got into rapture and called him into the triangle using all the power of my godhood and the infernal kingdom behind me and the ancestors blood awakened in my veins adding to the influx of power.

Then before the triangle, he manifested so potently, the ground became black the flames changed greenish, reality was fading and all the room seemed to fade away. He created a dramatic change in the aethyric double of the temple, causing cracks to appear all of the aeythric walls.

I faced my demon and was totally and utterly shocked at this incredible yet terrifying being.

" i have risen it was only a matter of time before this happened ".

" My true name is Pherishel, i am your destiny, your fear, your end and your becoming,
It is I, who watched you incarnate over and over again, it is I, who tortured you, but this was necessary, only through this horror and pain did you grow ".

He was silent the room started to smell of petrol

" Because i am your spiritual father "

I turned my attention on him again

" You see my son it is i who pierced through the netherworld and lifted the congregation of hell and have moved through realms and traveled through time and space to be here, i didn’t answer you because you angered me, you were meant for so much greater things, so i began tormenting you introducing chaos, now you are on the path you are destined for, the one i placed you on ".

I couldn’t speak even Lucifer left and Azazel told me good luck.

i said " I felt ill intentions towards me from you why ? ".

" I wanted to kill you, but you wouldn’t die, so this mean’t you wouldn’t incarnate so i had to change the course of your life, to lead to this very moment ".

He replied " Your soul is birthed from a womb unknown in the mist of saturn, i am the ubiquitous force necessary for your existence, even gods have an origin ".

" Because you would not listen, now i understand you were just a baby, but not in my eyes, you were my spawn in a meat suit, i was an ancient god a long time ago ".

" Many, a god of order, a god of chaos, the time piece of fate, cults of old in the east called me by many names, my existence was wiped out by the followers of Muhammad ".

" The sick bastard who brainwashed barbarian scum, they tore down the stones of the ancient gods, to erase the cults of old, i was one of the stones destroyed and replaced by Kaaba ".

" That is for you to discover, take the dirt and find my stone buried beneath it, the one destroyed by the cult of the barbarians, the forum will aid you ".

" Because making my presence known to them, made them apart of this ".

" When Arianna tried to contact here why did you attack her ? ".

" To make hysteria, which in turn manifested movement in the forum, making the members think and act accordingly ".

" I was many masks in many cultures, i am the horned goat men painted upon cave walls, i was a bull a god of the hunt for the primitive men, then i was a mask in japan as the god of evil, which was fun but, became tiresome, then a demon, then a god of the middle east called to stir up storms of the gods, blood was a calling to me and my Aztecan mask also ".

" There lye a moon near saturn a moon, you mortals call Titan, a cold place i dwell in the planetary back-doors of Titan ". 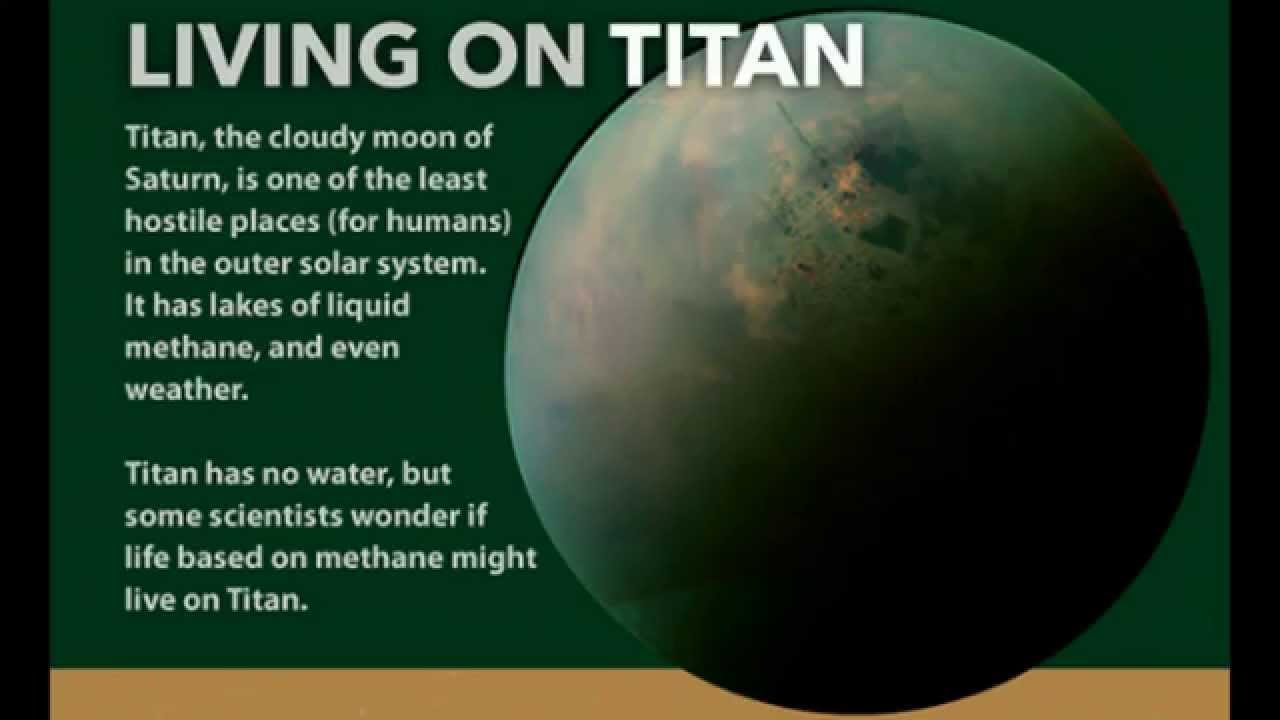 " What are the spiritual forces of this moon ? ".

" Untold, Unknown and all that is forbidden, the lunar current of saturn if you will, it is like pandora’s box of all box’s ".

" Binding me, is binding the name of god in chains, there are many like me who cannot be bound not because you weren’t powerful enough, but because … ".

All was silent for a while

" Because i didn’t allow it, the cube of saturn and Titan’s power is my sign of coming and my power, something is coming you and the forum feel and know it, I and Titan are rising ".

FUCKING HELL, he then left …

He was so fucking intense i’m shaking like a motherfucker from his energy.

So what you think brothers and sister’s i faced my challenge.

44 Likes
The Demon of Nadharkis - Axa Oddra / Ax Tenebrae Ornagga
Update on Pherishel and the Black cube of Saturn, please
Inspired by the Crooked Man - Daddy's Got You!
Goat Demon of Saturn
Crooked Man
Is Jehova an impostor entity?
Confronting a possible invasive entity
FraterMagni March 5, 2018, 8:12am #2

Completely amazing. Thank you for sharing. When I read the part of him speaking of his origins, I saw Pazuzu. Could that be him?

i’m not sure seems he’s had many masks thats one to consider seems possible thanks brother.

Well then. I’m slightly loathe to post this on the forum but I don’t think I could work with him. I’m more of a light guy than plain darkness. I will say this though. The more I look at the rituals you post the more turned off and almost disgusted I get. Not because of anything personal but because they literally attack my nature lol. If this guy is who he says he is and you truly want to go further into darkness then you are going to become a force unlike any other. I still consider you a friend lol. Just probably won’t be joining any of your rituals related to this

Binding me, is binding the name of god in chains,

What does he mean here by “god”?

" Because i didn’t allow it, the cube of saturn and Titan’s power is my sign of coming and my power, something is coming you and the forum feel and know it, I and Titan are rising ".

Does he mean that his “time” has come, and he has more power now due to what is coming that’s related to Saturn and Titan?

Could you ask him why he acknowledged me as princess?

Yeah will do when we commune next

Not sure this just happened so this is all i know so far.

I would say that we should give @C.Kendall time to rest.

And he never hurt me really only told me to stay out of his way. And he acknowledged me by a title the demons calls me. So Im just very curious about all this.

I also said by the power of Ra … .so he also acknowledges Ra… . And why would that cause him to let me go?

Here was my experience

I found it in a room…it looms over the room like a shadow but not a shadow…he feels ancient. .not like my demons he’s massive in a powerful way. I feel overwhelmed blood is strong like massive …like it covers him. Seeing him makes my heart race… he’s like massive … he has a purpose. He’s angry. .he’s angry that you are here in this existence. . He didn’t want you here. He grabs my arm and slams me into the wall …puts something like a hand but not a hand around my throat. … He is showing me …

The princess thing i’m not completely sure about that

… maybe meditate on it

Because i didn’t allow it, the cube of saturn and Titan’s power is my sign of coming and my power,

Curious I believe the Kaaba is in reference to staturns black cube, as saturn has a hexagon or cube (depending how you look at it) at its pole which rotates. 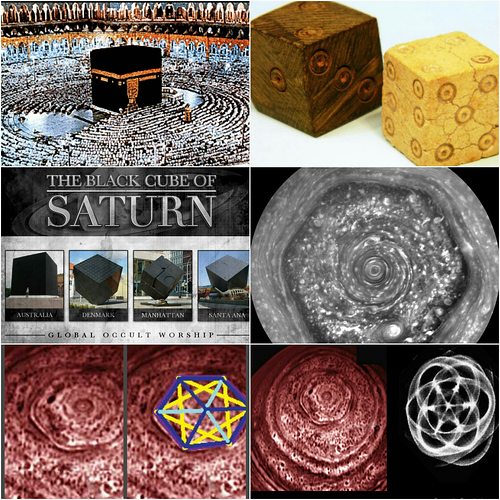 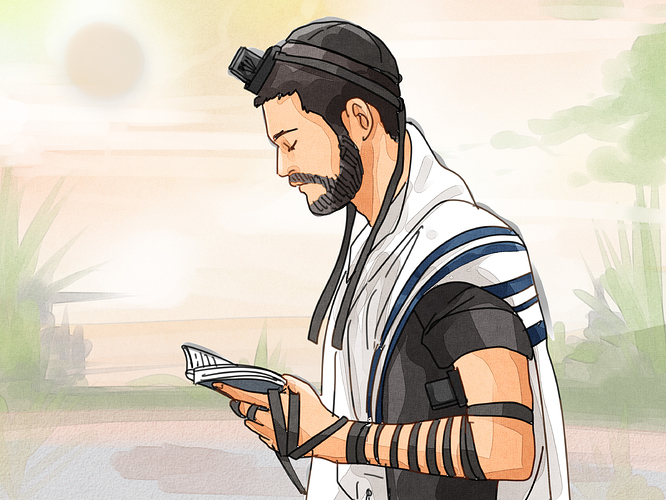 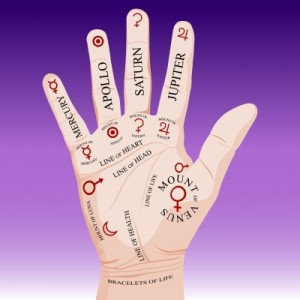 Another interesting aside What happens when you combine the words Kaaba and Allah…?

Interesting Azazel had me working with this cube

Yeah since azazel is a saturnian demon he has.

The black cornerstone did yeah. It’s a black meteorite that supposidly fell when the middle east was still pagan and they used it as an idol. This then changed to it being revered because mohammed left his footprint in it or stood there. Something like that.

So what could this mean exactly because Pherishel says theres a connection with mecca, that the other idols destroyed by muhammad that he was one of those gods, well one of his mask.

And Pherishel mentioned saturn quite a lot …

I’m not sure but it’s fascinating forsure. The Kaaba in its early pagan days housed 360 idols except for the creator deity Allah. Allah had no idol or at most the whole of the Kaaba served as his idol.

You mentioned he stirred up storm so it might be a connection to Hubal or Quzah, Ramān. In the language of the north Arabians, Ramān was known as al-Haddāh.

See, I guessed he was a father figure from the very beginning! And you are special and powerful too x

This will work out for you.I have a big feeling x