At the time I was about a year into what would become a three and a half year stretch of daily communion and ritual with Asmodeus. It was a turbulent and difficult time in my life. I got sucked back to my parents house because my business went under due to the recession. While there, my mother developed rapid progression early onset Alzheimer’s. So I ended up being my mother’s primary care giver for the duration of my stay, as my father still had a full time job. I had absolutely no social life, and I could not leave the house for any reason until my dad got home, It was a lot like being in jail.

One day, I was depressed because of the isolation I was experiencing. (I got depressed a lot during that time period) I was also extremely sexually frustrated because I couldn’t go out and meet anyone. I also knew the isolation wouldn’t end any time soon. (and it didn’t) So any possibility of actually getting laid seemed lost to me. When completely out of the blue and unbidden, Asmodeus appeared in front of me. He said with particularly mischievous tone " You look like you need some fiber." In hindsight the phrase is hilarious, but at the time it really pissed me off.

So I kind of snapped at him. I don’t recall precisely what I said, but it was something along the lines of “you try getting laid while babysitting of a crazy person!” (It was here I started taking notes)

Asmodeus: You know that’s kind of my specialty. Helping my callers get laid… Not babysitting crazy people, And strangely that is the one thing that drew us together in the first place and yet it’s the one thing you have never asked me for.

Me: Well, I wanted to wait until we had a good working relationship.

A: sarcastic tone You have been actively calling on me for over a year. You can contact me by simply thinking my name. we speak as friends… so I ask again, why haven’t you asked for help with your sex life?

I had to think about that.
Me: Ok, Asmodeus, my friend, can you help me find an attractive girl to relieve my tensions, even though I can’t leave the house?

Me: WHAT!? You just offered to help!

Me: So why won’t you… Asmodeus interupts

A: Shhh! I’m thinking… I tell you what I will do. I will Give you the fling you want. But I’m going to alter your request to make it more interesting. I will not only get your mother out of the house, I will deliver your request to your front door… long pause… and so I can help you understand that you are really talking to me and not to an imaginary voice in your head, as you seem to still be having issues with doubt, how would you like two? Don’t answer that it was a rhetorical question. I know you would like it. Two girls, delivered to your front door, I’ll even go so far as to get them in the house! Asking me for anything more would be asking me to fuck them for you. Would you like this?

Me: yes of course

A: Very well, it will happen in EXACTLY two weeks… Asmodeus disappears

I found myself falling into doubt. But my mother’s needs soon took my attention off of my self pity and the conversation I had just had. I promptly forgot the conversation ever took place, and didn’t speak to Asmodeus again for two weeks. It’s like I totally forgot that he even existed. In hindsight I believe he may have altered my memory to keep me from trying to micro manage things.

Two weeks later My dad got some time off of work. He decided to take my mother down to see her mother in southern California. (It would be the last time they saw each other) So my mom and my dad left the house for three weeks. I was free!! The second day of their trip south I was lounging in a chair in my living room when I heard a knock on the door. I started grumbling and wondering who could be at the fucking door, disrupting my relaxation time. I lived in a relatively rural area, and there was little to no foot traffic… ever. I opened the door and lo and behold there were two not quite smoking hot, but still very attractive girls standing on my front porch! It turns out they were college students selling magazines for some fund raiser there college was doing, in hopes of winning a trip to Hawaii.

Now, I am a pretty quick witted individual, but these girls were talking rings around me! They saw the bewildered look on my face, and said “Perhaps it would be better if we are all seated, may we come in?” I thought to myself “OF COURSE YOU CAN FUCKING COME IN! DO I LOOK CRAZY TO YOU!!” I still had no memory of my talk with Asmodeus at this time. I let them in and they seated themselves on my couch. We talked more, not for very long. They forgot that they were selling magazines. It was absolutely surreal how fast things progressed. We ended up having a threesome on the living room floor. (It was fantastic!) Afterward, there was no small talk, they simply put on their clothes and left with smiles on their face, and giggling. I never even learned their names.

I remember sitting on my recliner after they left and wondering what the fuck just happened, when guess who popped into my head telepathically and just started laughing. It was at that moment my memory flooded back in about the conversation I had two weeks prior. EXACTLY two weeks prior.

Let me get one thing straight. Asmodeus’s agenda here was NOT to get me laid. It was to show me through experience that anything is possible. He always insisted that I never allow myself to fall into the trap of letting others tell me what magick “really” is, or what magick “can’t” do. He always said that the only limits, are those we give ourselves, and he was very fond of a quote by Henry Ford “whether you think can, or you think you can’t, either way you are right.”

To the members of this forum, anything is possible! And I do mean ANYTHING! Don’t let ANYONE, most of all yourself, tell you something can’t be done, or shouldn’t be done with magick. Learn from your spirits, and they will teach you how to literally move mountains.

I hope you enjoyed this story. It’s one of many, but it is certainly one of my more memorable ones

I LOVE this story haha!

a quote by Henry Ford “whether you think can, or you think you can’t, either way you are right.”

I really needed this. I think that I was meant to see this posting. Thanks for passing this message on.

I love him.
In so many ways

Great story! Thank you for sharing. Quite encouraging.

That lesson is a good one!

I think this is personally one of my favorite direct spiritual interventions that I’ve ever experienced.
Unsolicited intervention doesn’t happen often

Look at you go! Nice work!

Hey guys, Asmodeus wants to be on top! bumping.

My head went dirty with that one, but yes he seems to adore attention.

Hey guys, Asmodeus wants to be on top! bumping. 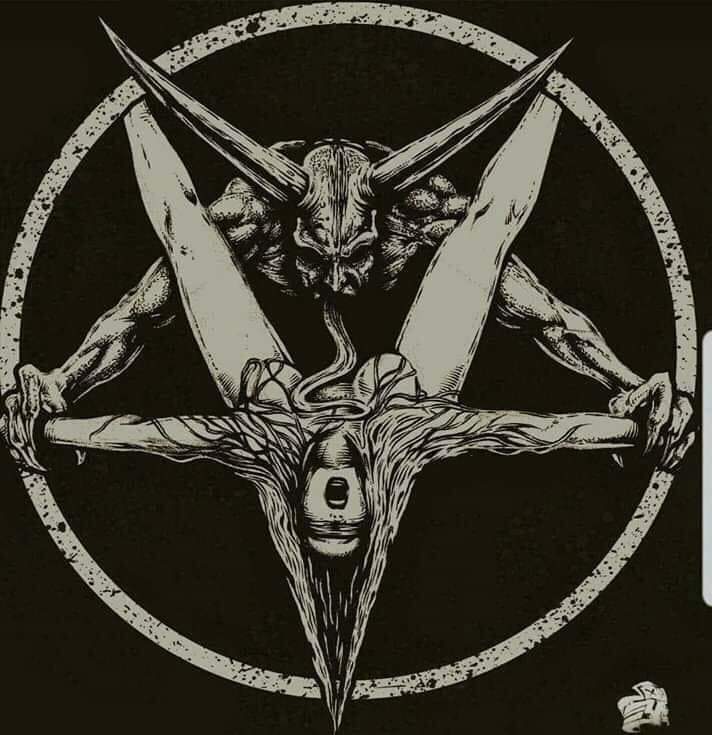 It was meant to be

I love this Image!!! I’m copying this to my hard drive, printing it out and getting it silk screened onto a new altar cloth! This is awesome!

Lel. This made me remember my first encounter with Asmodeus. It kinda fits the bill, retrospective

He always insisted that I never allow myself to fall into the trap of letting others tell me what magick “really” is, or what magick “can’t” do. He always said that the only limits, are those we give ourselves, and he was very fond of a quote by Henry Ford “whether you think can, or you think you can’t, either way you are right.”

Ooh!
What a lovely story… Thanks for sharing!
Maybe those who seek this out will find it!

I’m glad that you had fun!

Thanks for sharing this story, make me feel better.

Beautiful! I’ve had several experiences both great and scary that proved this point.

When a spirit gets an amused look on their face and you sort of know you’re in for a fun ride …it’s great.

Asmodai is a total badass, I love the guy. He brought me enough sex this time last year I felt like I was physically pushed to my limit and simply couldn’t handle one more girl coming over. Damn he rocks hahaha, this was before I met my party circle too

This story made me smile. XD

“Perhaps it would be better if we are all seated, may we come in?” I thought to myself “OF COURSE YOU CAN FUCKING COME IN! DO I LOOK CRAZY TO YOU!!”

As a virgin reading this, I can honestly say I had a geniune laugh lmao. Sounds like you have an interesting connection with Asmodeus