Tell me your first experience with Lucifer

If you are willing to share your story, tell me about the first time you have contacted Lucifer.
How you felt before and after and how the whole ritual went!

So long story short I felt a strong desire to forge a relationship with Lucifer. I have had ZERO experience contacting entities. Not wanting to screw up royally I said a simple prayer to Lucifer expressing my interest in knowing Him and desiring friendship. Now I did ask him to show me kindness in two areas and I told him even if he didn’t help me, I still desired the relationship and I did. A few days later I was sleeping, or rather in the in between. I was awake and aware if everything aroun…

I wanted to hear of magicians experiences with the Emperor. I looked on the internet and all I came across so far seems iffy.

So, I had my first Experience with Lucifer just moments ago Someone on this form did an invocation of him and told him to send me his energy and damn it was like a fire. I couldn’t really make out what he was trying to tell me, I’m still not the best at making out spirit voices and my own thoughts. I know it was something about trusting myself. I need to work more on it but damn I still haven’t come down from it yet.

I really don’t know how/where to post this stuff because I’m brand new to this website (actively using it atleast) so I’m sorry if I posted this in the wrong spot! I just wanted to tell you all about a moment I had with Lucifer about an hour ago during evocation. I have felt a calling with him for many years but did not realize it was him until two months ago. Being raised in a very oppressive christian home I was terrified at the thought of Lucifer and any ‘demon’ for that matter. But, I fi…

Please use the search function before you post another thread about spirit experiences. You can already find way too many of these threads for you to read.

No, I want fresh people (not necessarily to magic but to this forum) and/or recent experiences, if possible.

While searching is good for something constant like a ritual or a question, no new user is going to search and necro a thread only to share his experience… They might or they might make their own thread but I rather make a new thread for them to do here if they are willing to.

Im sure I have a better post on this but I’ll quote it:
Time was after my christian leaving phase (tbh I was only a sheeple for (5-6 months). Got rid of everything and boldly went to 2 churches, baptism, choir, addiction groups, study groups, volunteered feeding the homeless, etc). In the end logistics and hypocrisy made my mind to leave.

Anyways, on New Year’s Eve of 2013-2014 I did a simple candle ritual and offering of self wanting nothing in return. The dream happened the next morning since I was tired from meditating all.

I’ll attest to changing times and time might be short for some. I had a burning dream of that sorts and it is odd seeing and feeling your flesh burn off and turn to solid ash. I my case I was on a shuttle burning in air space of solid fire heading towards a molten rock planet. There were other people in there and they screamed in terror as the sides and roof were burning away. I decided to climb out as I was burning anyways and that’s when I was basically turned to solid ash that couldn’t move. Then the dying retrothrusters of the ship hit me and I exploded into powder and flame becoming a living being of solid fire that could fly. It felt exhilarating. The pain before was negligible compared to the hells of Pre-back surgery. I watched as the screaming souls and shuttle crashed into the magma world and were consumed. I flew around a bit and woke up. This was after my dedication to Lucifer in 2014 on New Years Eve to day.

Haven’t had much of an experience like that since. Most dreams now the fire is cold and lifeless and not hot enough. I’d agree it’s an awakening for you.

Summer 2014 back in Oregon, did the TOAF ritual to Lucifer and felt nothing. I should note that New Year’s Eve I also denounced the trinity by name. I was fed up with angels not healing, Jesus turning his back on me in a dream, Holy Spirit leading me on, and destroying all my hobby works since it was fantasy, rpg stuff, etc.

But, seeing as how this is going to pop to the top of the feed, I’ll go ahead and add to it. Interestingly enough, I was listening to One of EAs invocations of Lucifer. While I was driving, no less.

While I was listening to it, I started to feel that dizziness that comes whenever a spirit wants to make communication.

So I pulled over, kind of had to because it’s never a good thing to be driving while dizzy, and I allowed myself to sink into TGS.

Almost the moment that my body started feeling like it was vibrating, I felt extreme heat all around me, and I basically had a seizure. Honestly that’s the only word I can use to describe it. Incredible Heat, and a total loss of all control. To this day I don’t remember exactly what was said to me, but I remember that it was Lord Lucifer’s way of greeting me , and welcoming me to the fold. He also placed knowledge Within Me that I still haven’t fully uncovered.

I’ve had a few more experiences with him, but that was the first one that was directly attributed directly to Lucifer.

I rather make a new thread for them to do here if they are willing to.

The thing is, that there are many new threads already, that do just that…but I get your point.

Almost the moment that my body started feeling like it was vibrating, I felt extreme heat all around me, and I basically had a seizure. Honestly that’s the only word I can use to describe it. Incredible Heat, and a total loss of all control. To this day I don’t remember exactly what was said to me, but I remember that it was Lord Lucifer’s way of greeting me , and welcoming me to the fold. He also placed knowledge Within Me that I still haven’t fully uncovered.

Something like that happened to me too. I guess Lucifer’s energy is very intense for the first time, for anyone who summons him.

I remember not being able to sleep afterward. A number of hours had passed since the initial contact and I still felt really wired and unable to relax.

Why do you think that happened?

He was in my mind for quite some time, I dare to say I felt some kind of attraction, but since he wasn’t in my “plan” I wouldn’t “dare” to bother him just to introduce myself to him. I respected him deeply.

Some time passed and I decided it was time, as other Spirits came forth for the introduction too so I thought he wouldn’t mind me evoking him for something like that.

The day I evoked him, I prepared almost whole day. Cleansed body/mind/aura/chakras, I smudged the temple, I bought the wine for the offering, I drew his sigil with great care, I even chose the clothes I’ll wear… I treated it as special “Lucifer’s day”.

Unlike other Spirits, he didn’t came from a specific direction, instead he just popped up. Our energies were incompatible but I proceeded non the less. Again unlike other Spirits, I couldn’t get his image, I had to ask to show himself to me in my minds eye. He showed me many candle lights… I was like: “Oh… Candle lights… Ok…” something I probably shouldn’t have thought because next he appeared as pure light and everything turned white.
I explained the reason I called him and I gave him my offerings (glass of red wine with a drop of my blood and myrrh). During all this time I could sense he was in a hurry. He came, but he wanted to leave lolz.
I thanked and dismised him, he left immediately like the whole Hell was chasing him

While he was leaving he broke my incense pot for farewell.

I won’t lie, I was disappointed, not sure if it was because our energies weren’t compatible after all this time he was in my mind, or because he wanted to leave as soon as he came even though I prepared for him whole day… He came though, so there’s that. I didn’t mind that he broke my pot, I think of him each time I look the burning mark on my altar

He popped up one night at bedtime and suggested it was time I started my ascension.

The only experiences I’ve had with Lucifer so far…I saw an image of him when I was meditating once. I didn’t know that it was him until I saw another member’s artwork of the way they saw him, and it was identical. Someone else on this forum said that they saw him in the background of one of my photos. I’ve honestly never tried to contact him though. Probably should.

He first appeared to me in my dreams as EA that I can remember. Also as a blinking lamp and later as a huge glowing purple version of his sigil when he felt like it was time I took the leap. His energy isn’t strong for me in a way I can feel. He is soothing and uplifting in a gentle way, though around me lights flicker like crazy and candles will burn down at a very rapid rate. It’s almost like he contains himself for me, but I don’t know why. I’ve also felt him as a warmth surrounding me and making giddy.

He often heals and guides me through my dreams. Adores dropping knowledge on me from time to time, and is extremely musical and poetic. 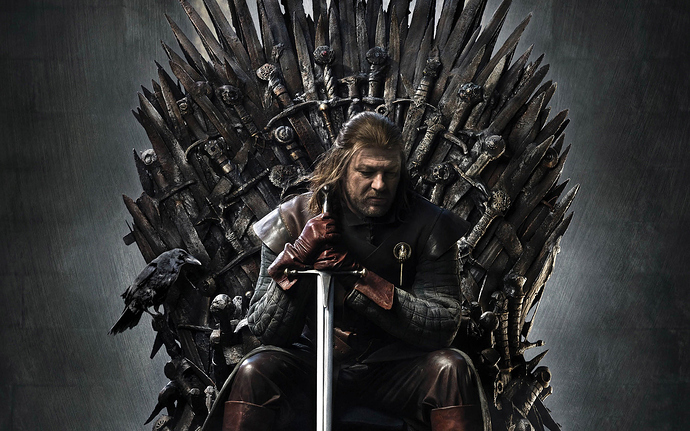 He left as quickly as he came. I had meditated and focused on his sigil and his enn and arrived telling me “what is light without darkness?” and to control my own actions and right before I was interrupted, which is why he left he told me “You have broken your chains of servitude” Funny thing-can we consider a female lucifer to be Meridia from Elder Scrolls? Meridia also having a connection to the light. 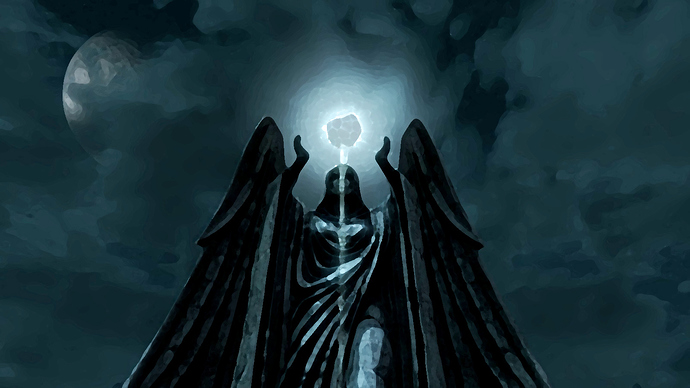 He spoke with this kind of voice