Heads up this won’t be a “I know all” post, its just a beginner sharing with beginners.

I’ll finally make a post that has my lists instead of just leaving them in comments or pms. Guided meditation and ambience for self guide.

Both of those help although with the ambience I would reccomend whatever helps YOU relax because what’s in that list just works for me.

I started out with guided meditation before I felt well enough to walk on my own so I began to sleep with an ambience on: This one and this one since both of them stimulate all chakras at once. Your mind is at its most manipulatable while it sleeps.

From there I fully moved onto ambiences but I still need a helping hand since nothing is fully open yet.

I come here for help and I would also call to Lucifer occasionally although for this next part I would recommend you call to an angel/demon that you work with best/closest with.

I would ask Lucifer to guide me through a meditation so for example of this: He would have me play a forest ambient then have me imagine that I’m walking through it. He would have me give me him details, “What do you see?” the forest “Look around, what else is there?” then I would look around and say what I see even if it seemed stupid.

Next I called to the entity who I assumed would help me with my problem so this part varies entirely for you. But through his help my progress went upwards a bit more.

Before I would only faintly feel presence and hearing entities in my head was like bad cell reception. Barely there and whatever that would speak to me would sound just like my subconscious.

Now its weak and temporary but its better. I feel intuition a little more and their presence better, in dreams I’m beginning to see colors and hear voices and mentally I can hear the entities voice when they talk. Although on the voice front its very faint.

For the first time in three months, I feel somewhat hopeful that this’ll work. So for you guys, yes, it may talk a long while but keep going.

I love this a lot, thanks! I’ll be doing the light of Venus meditations tonight. I was totally looking for something like those. I’m gonna add them to my routine.

Your welcome. I’m glad it’ll help others and not keep these hoarded to myself.

What do you really do with ambience though?

I don’t really get that part-

Hey, thanks for sharing

I’m trying to get better at meditation and sensing things as well, which is really hard work right now and I often feel a bit down because it all used to be so much easier many years ago. I’m kind of sad about it, and my impatience wanting fast improvements isn’t helping, but reading this is giving me more confidence that I will get better with time too.

Its the same purpose as music, it grounds you and helps you to relax.

When I want to self guide I’ll pick a sound thats relevant or that I just to want to hear.

Sometimes I may want to lay back and picture that I’m on the porch of a cabin watching it rain, I’ll pick the ambience that matches it. I’ll relax into it then lets myself sink into meditating.

I often feel a bit down because it all used to be so much easier many years ago. I’m kind of sad about it, and my impatience wanting fast improvements isn’t helping

Don’t worry about that, I think thats happened to all of us at one point too.

My eye used to be fully open during my youth then one day it just snapped shut so I’ve joined you all in getting back to that time.

Yep thats why I said whatever helps you relax. I’ve even heard of people meditating to their music since thats what soothes them so whatever works.

If I may propose some guided meditations for chakras, I have used them myself and I was very satisfied. Each session is around 30 mins long so it’s not something you can do every day or do them all in one go, but you could do one per day for example. I wouldn’t suggest to focus only on the 3rd eye, you really need to work on all of them.
I’d suggest to start with this and move to
Root
Sacral
Solar Plexus
Heart
Throat
Ajna
Crown

I have one that’s good for people that can’t sit for a long time that I do daily. Hold on.

Anyone is welcome to add on. Did want this to be a thread for beginners.

It’s also helping me too specially since @chi has something for people who can’t sit still. I tend to fidget alot.

Each is only 9 minutes and they’re really good. These help me out because I can’t fucking sit for 30 minutes (yet) so I feel like this is a good stepping stone for the 30 minute ones.

Honestly I actually only listen to that channel. Except for theta waves. He doesn’t have 4.5hz (yet)

Wow nine minutes all in one session.

The most I’ve done is slowly work up to it and I call it “dives”.

First dive is 3-4 minutes, I’ll take a break and walk around or pace.

Second dive is 5-7 minutes then same break except I might go do a chore to clear my head.

Occasionally I might try to do a third dive but that’s hardly ever long then the first one because I get super fidgety by then.

That’s why I love them! Short, Simple, And very effective!

He also has some 15 minutes so you can move up slowly.

I do these hand positions while I do them.

I have tried energy works as was suggested to me and I found some information on here that was really helpful.

I’ll explain it I out. I start by sitting cross legged though sit however your comfortable, listening to an ambience that helps me relax and then I rest my hands like so: 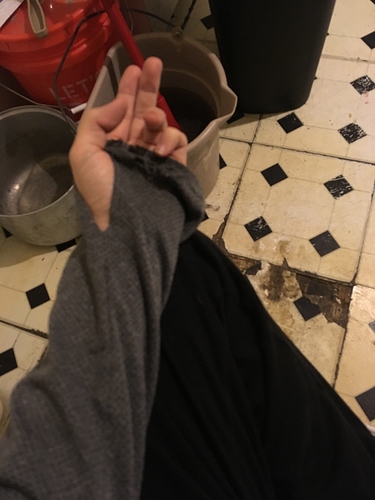 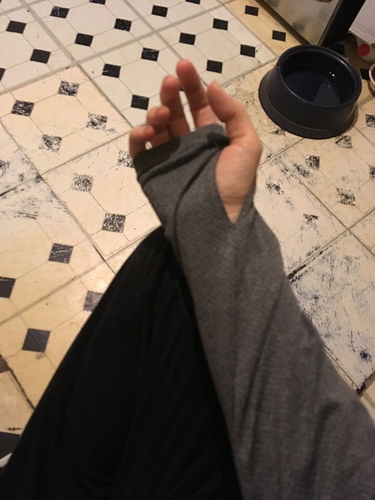 Keeping them relaxed and not tensing them into being forced to stay in position.

I imagine that all the bad energy, the toxins is flowing through me the same as blood does in the veins.

I imagine that the bad energy is flowing out through my pointed figured and going into the air away from me while the good energy is resting in my closed hands.

I do this until I feel this warm tingling in my hands and when I “close” the “circuit”, I’ll feel a bit better and meditation comes smoother.