I’m not very experienced in magic, let alone curses. I have had some great success with familiar spirits carrying out curses on my behalf, simply because they like me & I’ve made offerings for them as a result.

But, I don’t want to always want to over work these Spirits.

However, I do have need to curse a few people in particular: people whom I have a lot of hatred (and I mean a life times worth) for. These are people whom abused me as a child (in the worst possible ways) & a few during my adult years & whom have seemed to get off light & scotch free.

That said, I suspect at least one of them may have wards around them. Yet, he’s one of the one of these people whom I want to pay very dearly.

I’m not sure what sort of curses & spells I’ll need to break any possible wards & gufn any possible patrons he may have against him or cause yo abandon him.

Any ideas of how I would go about finding this out without having to have direct access to him?

I was thinking some sort of curses that would fill him with constant worry, fear, constant insomnia as to cause sleep deprivation & madness … then have if topped off with turning his alies against him & bringing on some sort of magic to cause compulsion that would lead him to confessing what he did to me.

I want to place the same curse on all of them… save one … I don’t want madness on but I do want to turn his allies against him & compulsion to start stealing from them & the last people anyone in their right minds would ever steal from… then arraign for suspicions to be sewn against him in the minds of his allies & others so as to catch him slipping.

The last is a woman … for her I want pretty much the same as the first. And with her, I don’t want her to have any rest of peace & I want her to be tormented over not just what she did to me bug her own children as well.

Any ideas?
Any Suggestions on some ideas whom I would need to work with?

Work with Abaddon, The Angel of Death, The Final Judge of Death.
I use A lot of Chains in my Curses. Chains are Powerful Especially if those people do not deserve your love because they abused Other People, these People Pollute Our World and they must be Chained by their own Evil.

You can Only Save when you forgive.
Today it’s their Judgment day and they cannot be freed or they are not forgiven for their acts. Feel Their Lifeforce Being Judgment with Evil, then sink it deeper in Hopelessness. Remember to Not Attach your Indenity to the act (Curse). As For The Curse, you can simply say

I was thinking some sort of curses that would fill him with constant worry, fear, constant insomnia as to cause sleep deprivation & madness … then have if topped off with turning his alies against him & bringing on some sort of magic to cause compulsion that would lead him to confessing what he did to me. 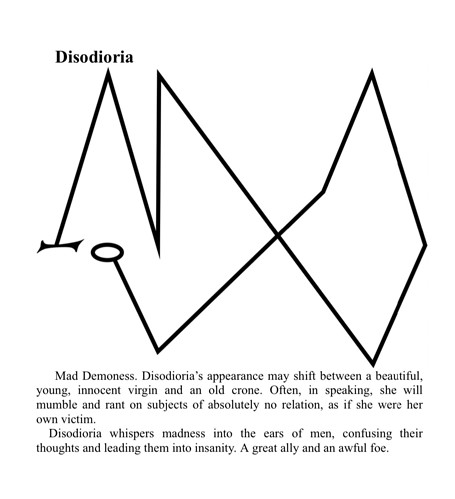 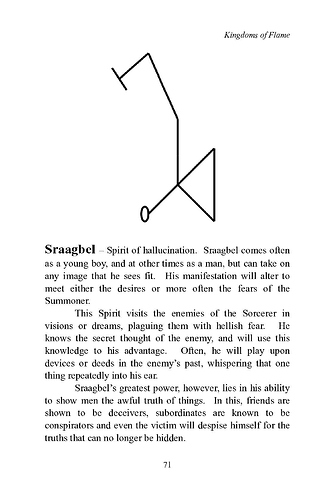 I think both of those are from KOF but if you want to do the work yourself rather than relying on spirits, I highly recommend the following method… it works really well for making a person feel like they are a worthless piece of shit, especially when combined with the right spirits to bring them down. As far as protection goes, you may need to look at removing that first.

Tutorial: How to use your Energy to Implant Thoughts and Emotions in Others in Ten Easy Steps Kundalini, Chakras & Energy Work

I’ve used this technique, since prior to starting my magical path. I honestly didn’t know what energy work was, or exactly how it worked until after finding magic. I just knew I could concentrate on someone, and influence their actions. I’ve shared this technique with a few regular members, and I’ve been told they’ve seen it before, though they don’t recall where. I’m honestly not surprised, because much like brushing my own energy to learn how to feel it and direct it, I later learned what I w…

anything else, I’d use the search bar. There’s plenty of information on curses around that are designed to destroy a target completely and totally.

Second get this book Satanic grimoire of black magick pdf
Plenty of curses are there
If u want death spell, you can find it there

Moon is waning, this is your best time.
I am also doing it, I am going to create the poppet with all my hate repeating their name again and again.
Consecrate and baptize the poppet in their name.

But as I said call King Viné and Abbadon to remove the protection.

You can send Glasya Labolas as he can incite bloodshed, your target will get attacked by their own friends.

Some people are just immune to curses.
Do not do this for 5 people at the same time.
Do one by one as if you are trying to break sticks. Breaking 5 sticks at a time is hard. Break them one by one.
Good luck.

From experience, and I’ve done this many times since I was just a kid, a death curse or curse to cause severe harm might come at a price. Always when I have cursed someone to such extent I have experienced great loss at the same time. I have never found a way around it. Maybe it is just the entity I work with, but just be prepared.
Also, I would recommend to work with yourself to grow afterwards, to try get over it.
I have a similar background, and revenge is mighty fine, but it shouldn’t take up a lot of time.
You should get it done, push it aside, then work on yourself. Grow stronger, reach your goals and realise your dreams – and don’t give a shit about those people. Good luck !

Thats pretty much normal because magic spreads in all aspects of your life, but the good news is that you could create a servitor that absorbs the negative energy of the working and then transforms it into positive energy that spreads to your life.

Are you doing uncrossings and cleansings after negative workings? (That helped me a lot)

And how is your mindset? (it might create those “prices” subconsciously)

Oh yes, I have tried everything, that’s why I said it mighty be the entity I work with. However, a death curse -successful- or a curse to injure, is a powerful action, and I have over 30 years of experience so let’s just say…it’s been a few, and the consequence always come at the same time as the effect, and very similar. My mind is pretty cold by now I’m afraid. I do all this with no regret or doubt. But I have discussed the “price issue” with others with experience too who have encountered the same problem. I accept it though, fully. By now this is just my life. I just wanted the author asking for advice to be aware - this can happen. I understand though, revenge can be beautiful as long as you don’t linger. Get it done and get out.

Thank you everyone. It’s good to see so many strangers not just giving me advice on this but also being even passionately in my corner. Up until now the most I’ve gotten from many people (other than my Therapists & Doctors) … (though this is the only place I’ve ever mentioned my desires & plans) … have all told me to “forgive”, “forget” & “move on” … which honestly I don’t think ANYONE has the Fucking right nor moral grounds to EVER tell ANYONE who has suffered even a small measure of the things I’ve been subjected to to do. Perhaps “try to work through & past these things so you can live a fuller & better life as an excellent form of revenge against fuckers like this … let your strength & happiness be your revenge & blessing to you & those around you”, but other than that … NOTHING ELSE.

To say to a survivor whom is in many ways a living casualty of repeated abuse(s) as a child &/or adult to basically “get over it” is as callous & indefensible as saying, “what are you making such a big deal over this for? Are you some sort of little bitch?” … and standing in defense of the abuser(s) without a shred of guilt, shame or conscious.

To those people I just want to scream FUCK YOU … MAY YOU BURN IN THE LOWEST PITS OF WHATEVER FUCKING HELLS EXIST YOU STUPID, HEARTLESS FUCKS!

Or just primal scream as loud & hard as I can with all the tears of ever ounce of pain & anger I’ve ever felt, centimeters from their nose.

But instead I just bite my teeth, clinch my jaw & hold my silence…

So believe me when I say … I apreatate EVERYONE who has replied to this thread thus far. From the very most bottom depths of my squishy heart … THANK YOU … y’alls care & caring has touched me very much.

Thanks Op, I’m glad you appreciate our efforts and comments, but I just wanted to drop you a note, to let you know I flagged this reply, not because you did anything intentionally wrong, but because our profiles have personal links, and business links like instagram etc that we are not allowed to share publicly. They are allowed to be on our profiles, but we are not allowed to link our profiles like that ourselves, so just a heads up that using the @ and our name is a bit more appropriate and it will notify the person you @ as well

Thank you very much

Yepper just wanted you to know it wasn’t a dig at anything you said, but we hid it because of rules and stuff

Awesome … I corrected it myself

Thanks, I didn’t realize you were still in the editing window and I know I personally check in randomly- so I don’t even always see everything someone says to me till way after I can’t edit anymore

FUCK YOU … MAY YOU BURN IN THE LOWEST PITS OF WHATEVER FUCKING HELLS EXIST YOU STUPID, HEARTLESS FUCKS!

For anyone who can answer this, in regards to cursing I thought of an idea, so EA talks about in his jailbroken chakras video that it’s possible to remove your own chakras…what if you can do that to your victim in a ritual

would it perhaps cause severe damage if say this ritual was possible and you ripped out all your victims chakras? I feel you’d ruin them completely…then to finish it off corrupt there aura to the max somehow

let me know what you think about this

You can attack the energy centers, sure. It’s the same willpower issue, if you’re stronger than them and thier protections, you’ll have more effect.
Unlike external causes bringing in energy into thier situation, like, a car crash, they can heal from this naturally. Energy workers will notice the attack faster and counteract or counterattack,and heal themselves faster as well.

I’ve tried this and can making people sick temporarily, but I don’t have enough ability to actually fully block and drain all the energy enters, they heal, and I don’t really want to have to get into a big ritual every day for the same thing trying to keep ahead of the healing… I get bored