Health, happiness, and the LHP

Is it just me or do the majority of LHP teachers and authorities in the field look unwell, unhappy or just generally peeved? Also not sure if looking angry and or miserable is a requirement for all promo photos but what’s wrong with a smile once in a blue moon? Why do you always have to look like such a badass? I also think every single one should have their Vitamin D levels checked asap as it looks like they haven’t seen the sun in several years.

If the LHP is (as many of practitioners and teachers) state a path of ascent towards self-realisation/actualisation, power, and or godhood I would think that this inner positive transformation would be reflected outwardly in a more radiant and vital physical body and warm or happy demeanour.

As Hermes said “As within so without, as above so below”

Would you choose to follow an obese personal trainer or nutritionist? A spindly bodybuilder? The physical vehicle is a reflection of the state of the spirit, they are not seperate.

When I look towards some other lineages of self-realised masters and teachers (particularly those more associated with the RHP) I see an incredible vitality and radiance coming from them. Just look at a photo of paramahansa yogananda or ramana maharshi (amongst countless others), the spirit bursts forth from the eyes. Look into the eyes of many LHP teachers and they look like they’re dead inside.

I am not a proponent of either LHP or RHP. In fact I see both light and dark as necessary aspects to work with on the path of self-actualisation. Through my experiences in practicing LHP magick I have had very profound and powerful experiences, and I know that I am only just scratching the surface, but it concerns me that I’m yet to see a teacher or devotee of this path that looks healthy and happy. Why does looking life a junkie have to be a pre-requisite to working with demons?

Is it just me or do the majority of LHP teachers and authorities in the field look unwell, unhappy or just generally peeved?

I think some people conflate the LHP with a personal choice to feel like a victim, such that they end up a bit miserable, especially since one can co-create almost any subjective experience, by focusing on it with enough faith and intensity.

From my POV, embracing the LHP was liberating, in a manner diametrically OPPOSITE to that choice - I posted about that here:

How has the left hand path changed you? General Discussion

Saved me from crippling depression that was first diagnosed when I was a child (this was back before every other kid was prescribed psychiatric meds by the way, and it was dx’d again and again afterwards by different docs) - this depression had led to suicidal ideation and intent many times, so I’m going to say it definitely saved my peace of mind, opened up my life, and probably even saved my life. The core of my depression were some basic and deep-seated traumatic beliefs, acquired from the a…

I am not a proponent of either LHP or RHP. In fact I see both light and dark as necessary aspects to work with on the path of self-actualisation.

In my own opinion, LHP doesn’t mean “dark” nor RHP “light” - they’re just a choice of personal soul destiny and how you position your goals: "Left-Hand Path," "Right-Hand Path," And Definitions

That’s just my personal opinion though and not something I expect anyone else to adopt.

if you’re not enjoying magick, and being a magician in this glorious 21st century, IMO you’re doing it wrong!

PS: I’ve always thought E.A. seems pretty healthy, climbing mountains and stuff, and Nate Bales who used to post here was a total beast as far as being muscular, etc. Ref: vitamin D, I neither know nor want to ask exactly who you had in mind (because am not into gossip, nor want to encourage rule-breaking insults, etc) but I have noticed the people in the dareker magick sections of various bookstores tend to look miserable, and like they need a good bath and a workout regimen.

I’m pretty happy, because I cultivate low everyday expectations. As an overweight, long haired, bearded vegetarian I live on nicotine and caffeine. I’ve never owned a Church of Satan T-shirt or worn make-up.

My Work is speeding up and this brings me real satisfaction.

That said, I know where you’re coming from Narasimha, I really do.

I can somewhat understand your perspective. I also feel like alot of practitioners I see are either very obnoxiously dressed, or more alternative in general. I feel like I don’t fit in within the community as a whole because I’m very girly, very feminine, typical “girly girl” but yet I practice LHP. So far, I haven’t come across anyone similar to me, yet. So I can understand your perspective on this. I’ve asked myself and my boyfriend (also LHP) similar things.

By their fruits you will know them. And yes, you should be questioning the veracity of the teaching of anyone who isn’t getting the results you want. And testing the teaching of those who are.

I’m often told I look moody and overly serious (I suppose being a heavy metal type aids in that) when actually I am unbelievably playful. Of course the ‘LHP’ (I hate that term) can invite alot of bad feelings, calamity etc but if you expect that then why not learn to play with those feelings instead? Afterall, it’s your choice to pursue this in the first place.

I haven’t come across anyone similar to me, yet. 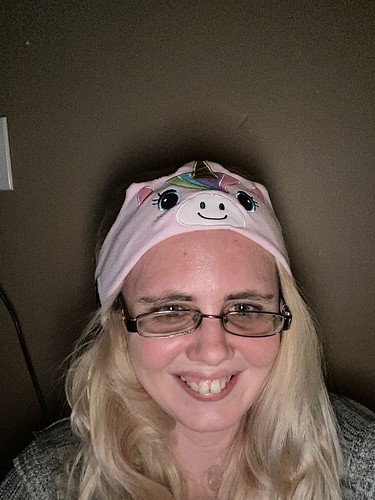 Ofc there are plain adult options, but I like the cutesy stuff and theirs a few adults in the reviews that are larger frame size than me and took pictures of them wearing them so. I think it should work out for me.

You just have to look harder. There’s lots of us around, just being ourselves.

My experience is the ones that behave that way, don’t usually have any real or valuable experience. Most of the ones actually capable of doing amazing feats with magic, keep it on the downlow and aren’t advertising in the way they act or dress. YMMV.

I don’t fit in within the community as a whole because I’m very girly, very feminine, typical “girly girl” but yet I practice LHP.

The thing is, you do fit in because clothes, hairstyle or makeup do not define the LHP.

I haven’t come across anyone similar to me, yet

I agree. After I made my comment I realized a better way to say the message I was trying to get across. But i didn’t want to delete my original comment because some people see that as a negative thing. Basically what I was trying to say is that it’s interesting to step back and see how people, in general, act. Comparing the two (mainstream spirituality vs non). As a whole/general thing. My personal experience is that people who are deep thinkers, original, and knowledgeable typically were not part of mainstream beliefs. (Not all, but most). Just something I noticed since I was a kid and I find it interesting.

I used to be a goth kid. (Ironically, that was also during my “Christian” phase.)
It stuck with me, even as an adult. I don’t think it’s related to my path, but maybe it is and I need to think harder about this.

They’re opposite sides of the spectrum achieving the same thing. Think of it like you would when you look at a thermometer. When does hot become cold? What degree?

Also some people enjoy romanticizing pain and suffering. This doesn’t make them any less adept in their abilities. Some people are just bursting at the seams with love and light whereas others seem to be full of hate and darkness. Love, light, hate and darkness are just degrees of a spectrum. You don’t have to look or act certain way to understand this.

Omg, I’m the same. Very girly and do not understand this whole occult overkill. Like, dude just be yourself.