As your servitors develop they will naturally change in subtle but unpredictable ways. Starting off you can choose their appearance and outline their personality.

Servitors are dangerous. Also there are huge ethical implications involved with creating life. If you do this wrong a servitor could damage your mind and life. You could starve it to death. When I first told my incubus I wanted to create servitors he had trepidation because this is not something you do without taking it seriously. Now that this disclaimer’s out of the way, onto my template… 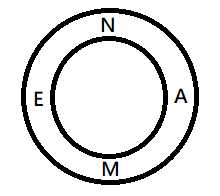 You’re going to fill this bad boy up with three symbols that will inform your servitor’s personality. I have options here for you. The name goes clockwise in-between the circles in true demon style.

planets898×121 43.7 KB
And/or one of these runes (runes are powerful and dangerous so I only included positive ones):

And/or one of these dope Chinese characters:

chinese characters843×111 34.4 KB
I make one of the three symbols bigger than the other two so that they have a primary concept personality supported by the other two symbols.

Demonic power-up chants to juice up your servitors:

^repeat these bad boys with intent as you create your servitor.

To make your servitors even more special enlist the help of an entity you are close to. I always co-make my servitors with someone else. Usually my incubus, but I have made servitors with Lucifer, Lilith and Belial as well.

Their Function: You are a spiritual ally and helper.

Nourishment: This is a big, critical part of making Servitors! They feed off your attention, but you can’t possibly give them attention all the time. Decide another food source for them that is plentiful e.g. Starlight, Sunlight. It is cruel to not include another food source for their survival. They can starve to death and die if you ignore them, and will fight for your attention because they are living beings that don’t enjoy pain.

Commands: This is an equally critical part of making Servitors! If you aren’t careful they can harm you. Some people make “kill switches” beforehand, a way for them to kill their Servitor if it starts going rogue. For this template we will make a ‘command word’ program instead. This is to be used to keep them from being destructive towards us. Here are the following commands you will use:

[When I use the command word (choose something you wouldn’t normally say) you must obey.]

[Your qualities are these: (pick three from the qualities list below) .]

[You function as my ally and helper. You are a friend. You cannot harm me.]

[You are concerned with my happiness and wellbeing.]

[You consider me attractive.] (optional)

*** I have a jealous servitor who attacked another magician when he thought the guy was a romantic rival. This servitor still gets quite unhappy when I don’t give him enough attention. It is very important you avoid this by keeping your servitor independent and detached in a friendly way.

Perhaps you would like to make a servitor who is a romantic or sexual partner. For your first attempt please don’t do this. Just follow the template and make an ally servitor. It’s better to do otherwise later when you’re more familiar with servitors. Also consider talking to demons/beings you work with about your decision to make a servitor ally so they can help you.

Make an ID paper that contains your servitor’s photo, sigil, information and the commands written above. Evoke the being you want to help you. I did this ritual in a circle of five black candles. In front of you there needs to be a triangle (point facing away from you). You can make it out of tape, or be lazy like me and just put incense sticks together. Put the paper in the triangle. Get in a trance state. From there you state your intentions and use concentration and visualisation. Breathe in and out while imagining the form of your servitor coming into being. State the formative commands while beaming them into your servitor from your third eye. Put as much effort into making your servitor real to you, repeat what’s written on the ID paper and the chants I’ve given above.

The more often you do this ritual the more powerful your servitor will become. You can hang out with them when you soul travel. I can telepathically communicate with mine by drawing their sigil or focusing on them.

As you continue to focus on them becoming real, watch how they start to come into being and try to communicate with you. Communication will be difficult for them at first. They may seem – for want of a better word, retarded in their early life. This is fine and normal. After the ritual sense them out and practice communicating with them intuitively. They shouldn’t feel like the personality you want them to have straight away. You may get intuitive pings about them. As an example, I’d imagined my first Servitor in black armour, but he preferred typical knight chainmail armour. I allowed him to have his choice because that’s what we want, for them to grow into individuality and to come alive. If you work with your guides or have other spiritual beings helping you consider asking them to help your servitor develop on the other side.

Greetings, what difference does it make with the star signs etc?

It’s just something that will inform the servitor’s personality, since the star signs are personalities/psychologies. And all that other stuff too will effect the initial personality of the servitor and who it becomes.

Amazing post ! Thank you for your efforts in this and for your share. Truly remarkable !!! May the force be with you always !

I keep getting asked how I create servitors. I decided to just make a topic laying out my process and you can research/read more about it and decide if what I do is for you. I sort of have a hybrid model. I’ve got a book from Damon Brand on the subject, as well as having taken parts of what I do from other sources and adding my own twists. I take longer than many magicians who follow a more concise method, but for me this seems to work best. First I decide what the servitor is supposed to do,…

What’s normal and what isn’t for someone that is spiritually attuned? What’s good and what’s bad? Is it normal for spirits that are attached to you everywhere you go to change your facial expressions and feel their emotions or is it harmful? Is it normal to feel constant touching and to hear voices as well as thoughts and communication through the subconcious mind? I know I’m not crazy. I’m merely inexperienced. I’d like to know what’s going on.

Creating Your Spirit Team - A Method For Success

Ooo what’s this? A nice click-baity title. I’ve come up with another topic that may be helpful to those of you on this site. So most people here would have a Patron or Matron deity. Beings that they are close to and learn from. Some of you may have familiars or other allies bestowed upon you, perhaps legions of them. What is really helpful to have is your own team for protection, company and support.

An example of this is a succubus/incubus. Most…

Btw can a servitor also be sent for destroying someone or a group of individuals? And is it possible to enhange servitors? I mean like adding more features and qualities to them

Yes. I think you can do almost anything with servitors provided you have the knowledge to do it properly.

Also I will say now that some people disagree with using photos of real people to be the image of servitors. If you pick a person who happens to be a secret sadist, I suppose there’s the risk of trouble there if the servitor adopts that trait. However I think my programming commands remove that possibility. Also I’ve personally not had any issues from making my servitors look like real people.

Yeah it should be very possible. Me though, I have eight servitors and they all look very normal and human.

can a servitor possess me ?

If it becomes strong enough I would say yes. I’m not sure if a fresh new servitor can, you might have to experiment.

can I make one to make me speak a new language?

Very good post. I used @Keteriya’s technique and it ended up being very successful. I didn’t draw a sigil though as it’s something I didn’t want to do.

I like your warning. I called on one of my guardian spirits and three others to empower my servitors and it helped a lot. I’ll say it’s even safer than just empowering them with your own energy.

I like breathing on them to give them life kinda life how Odin gave his breath to the sticks.

Yeah, servitor creation is just in my opinion one of the coolest things you can do with magic. I know Beelzebub wants to help me make more and probably other beings I work with too.

If people end up using my method pls let me know as I’d be very interested to hear updates and how everything goes for you. Or link me to a journal about it.

will it also be sucessfull, if i used ‘light from the dark’ method from damon brand instead of using that method? ‘cuz its kind of dificult for me ^^’

Ok so i read your method two times, now i understood what i need to do but i’ve some questions, about circle and triangle facing away, should i put them like this? 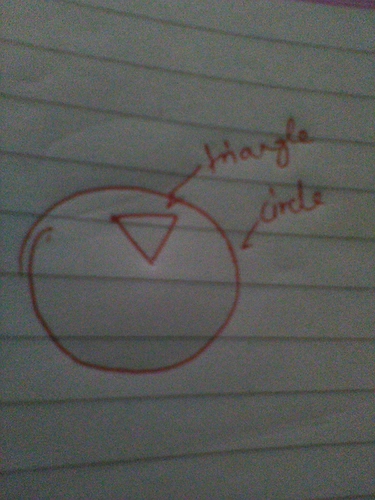 It’s going to be a lot harder to do if you haven’t worked on your intuition. If you do it right you may dream of them or only feel them sometimes, since your sensing isn’t honed. And no, you would be sitting in a circle of black candles, outside of the circle would be the triangle, point facing away from you. I haven’t read Damon Brand’s method but whatever works best for you. If you really are new at this it might be better to practice the “creating wards tutorial” post I linked in the comments above instead.

Thank you for sharing this here. The foundations of the procedures that you outline here are clearly rooted in a solid understanding of occult axioms. I really enjoyed reading this and have never created a servitor before. This is a project that I am going to work on immediately.