I got results again this time with Belial, I gave him 8 days and now I feel extraordinary! This time I will ask Sallos for help, I think, to be able to attract a girl that I really like, I hope to have good results again!

This tutorial is good for those of us who haven’t done an evocation yet, maybe soon I’ll be encouraged to do it using the DOM book as a help

it is a written statement of intent, calling upon whatever external or internal powers you feel closest to, to bring to you your desire

The magick are always programmed when the intention is written before it’s raised and directed?

But of a bump.

I want to say, wow! This method should not be underestimated!

Not quite a month ago (or maybe a little over a month…) I did a joint petition to Belial and Seere.

I did it a week in advance of what I needed to allow time for things to sync up and line up.

I did it on the fly while I was at my job.

I was compelled to use a paper bag I had from some breakfast a coworker had given me.

This came with a sense of the bag having a symbolism of gifting, or things “freely given”.

Also, some sugar inside it. Lol

I wrote out my petition, walked out into a wooded area and burned it with a lighter.

For the most part, I got everything I wanted.

Although, it did come with a bit of a hitch, but not something that can’t be worked around or mitigated.

These guys REALLY helped me out!

It honestly kind of blows my mind. Ngl 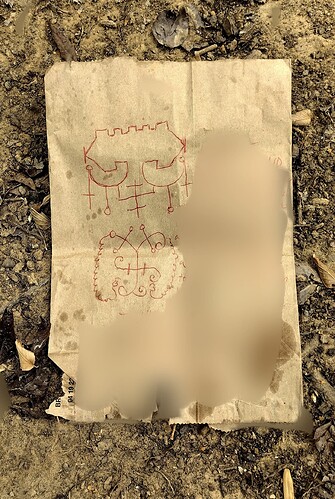 Can’t believe that bullshit panned out. More less like I wanted and envisioned. Major obstacle resolved. It’s still uphill, but not like before. Almost a 180. Going off my intuition, massive thanks to: Belial Lucifer Hekate Seere (I had done a petition to Belial and Seere maybe a week ago, and they really pulled through. I largely got the deal I wanted even if it might’ve been slightly begrudgingly) And the various spirits involved in the wealth candle I did. (If I understand Belial rig…

Can a great grandparent be petitioned? an ancestor.

To carry out a task for me.

Yes, You can petition anything., and ancestors are often petitioned for help, as many cultures believe they have a vested interest in your life.

How would I petition an ancestor because normally when I petition a demon I chant the enn first 3 times out loud and then read the request. However with an ancestor I don’t have a call.

What would you say I do

How would I petition an ancestor

normally when I petition a demon I chant the enn first 3 times out loud and then read the request. However with an ancestor I don’t have a call.

You never have to use an enn. They are far from necessary.

If you absolutely must chant something, just use their name.

So what your saying is that chanting the demons name or the ancestors name a few times is enough to call them forth so long as you hold them in your heart and mind when ur chanting, that’s what I kinda gathered from that.

And If so does that mean that I don’t need the enn while evoking dantalion, let’s say for a jar spell.

No, you never need an enn. Enns are specific to the relgion of demonolatry. Most people who evoke demons and who are not demonolators, do not use them. I don’t, and I evoke just fine. EA Koetting doesn’t seem to use them either, though he has channelled his own chants.

Correct, and you don’t even need a chant at all.

Just call the name: it knows who it is. Three times is traditional.

Yes. You don’t need anything but your energy directed by your intention. You don’t even need words. Stop letting religions mess with your mind and tell you what to think… instead, stand in your power.

Is there any chance that after doing this simple petition spell (to Sallos, in my case) I will experience poltergeists or strange activity at home? I ask because it’s the only environment I can do it in and I don’t want to scare those who live with me, and not even myself lol. and since its not a “formal” evocation etc…

No, it is highly unlikely you will experience such things with a simple petition spell.

Thanks for the reply.
Well, just dit it. Now it’s about me trying to deal with the paranoia that I didn’t do everything the best I could and forget about it, right? Idk why I always think I could have done this and that better. I recited the spirit’s enn, gazed upon its sigil, put some blood on it to activate (I usually do this, hope it’s not a problem?), lit some incense and tried to calm my mind and think about my wish fulfilled. And then I read my petition and burned it. Hope it works!

Just assume the petition was heard, and forget about. It’s like a letter to Santa. Once it’s in the mail, you just know Santa will get it so there is no need to worry.

Yeah, I mean, I asked for something I really want and I want it fiercely, I wish for this to happen everyday of my life recently. But it feels like when I read it while doing the ritual I read it like a normal thing. I don’t know if there’s someway I could have done this differently. But yeah, I will try to set my mind on assuming it was heard and let go.

Think of it like it is something you ordered online and you’ve just been told it’s been shipped, so now you only have to wait for it to arrive at your home.