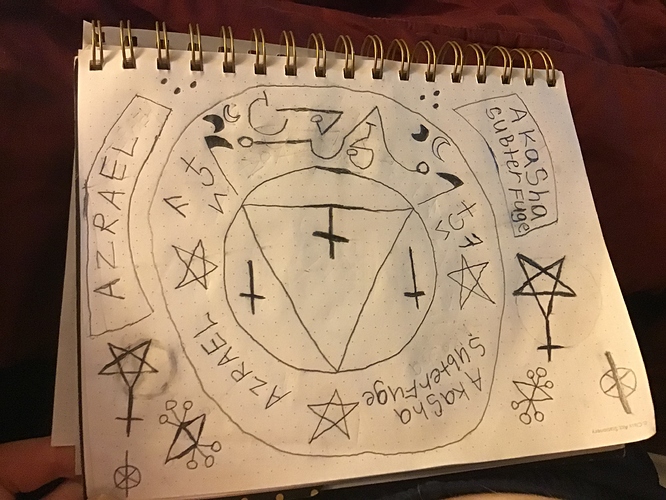 image3264×2448 1.55 MB
Archangel AZRAEL-AKASHA-SUBTERFUGE holy archangel of death and the only holy archangel I’m aware of that has direct ties to god and the holy heavens and archangels and the demonic realms and hell and realms of the dead and necromancy and cemeteries very unique to have direct associations to heaven hell death and purgatory
Been doing a lot of research on her If you have any suggestions on more places to research her let me know or questions to
2 Likes
Dark-flame August 8, 2020, 3:46am #2

I’m aware of that has direct ties to god

Nope, he doesn’t work for God.

Awesome. Im especially curious though as too the name. Never heard Azrael referred to as such. Why subterfuge?

Thats a spirit Dante Abiel discovered in his grimoire

Akasha subterfuge is a alternative side to archangel AZRAEL

I think he discovered akasha subterfuge but AZRAEL was already documented

My bad I should have clarified that thanks for the correction, much appreciated

In my experience with Azrael he’s the only “angel” who is not a child of Yahweh like say Michael or Gabriel is but more or so chose to be there. Which personally is why I do not consider him an angel, that among he’s always with Thanatos and his subordinates are more than just angels, but also some demons, some humans, some fae, practically any entity that chose to follow him and the time they do they act as his ‘legion’ of reapers like a job.

That’s bs cause yehova is a troll thoughtform fed with blood and attention by people over the years.
The creator is IAO

There’s the God Yahweh and there’s the thoughtform Yahweh.

These are two different beings. One is an “angel”, a renamed Mesopotamian god, the other, ime is nothing more than a parasite from Dante Abiel’s book on Necromancy. My gnosis is that it was a lesser entity (actually a dead human trying to be immortal, like the loa) worshiped by what was basically death cult and almost killed him, now he’s run back to xtianity to save himself from it - and if jehova of all things is more powerful than it, that tells you everything you need to know about it’s ability, or the lack thereof.

My advice is stay away from it, it will eat you alive, reflect your own power back at you and pretend it gave it to you. It would have got me but I already had Belial inside me and he dealt with it.

So I’ve met both and it makes no sense to me to conflate them on any level. So, why did you do that? What happened to make you think a god of death has a “dark side” that is darker than being a god of death? And what did that parasite say to trick you into working with it?
Just out of curiosity.

yhwh is not a name, it’s a generic word used as a title that means “Lord”. Same as Ba’al. It’s name is jehova.

There are many gods called lord/yhwh/ba’al.

I don’t believe there’s a thoughtform called Yahweh, unless it’s in the mental spaces of a very few people. It’s not xtian, they call it God with a capital G, or, accurately Lord. That makes it UPG, imo.

There’s a clear history to how the jews went monotheistic and decided to worship only one of the many gods: 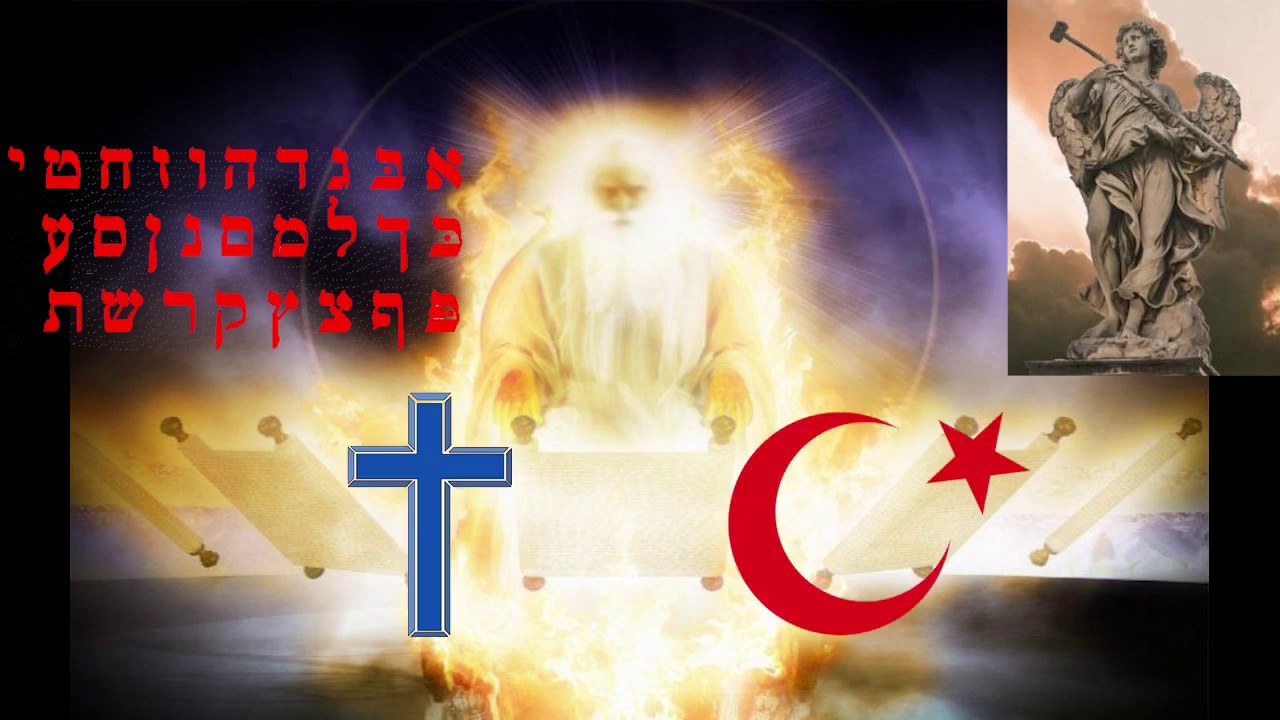 Yahweh is a name, just as Lucifer is a name and a title, names can also be titles if that hasn’t been covered already.

That’s fine if you don’t believe it, but there still is one, a thoughtform is formed by giving power to thought and enough power creates a thoughtform/egregore.

Ba’al is both a title and an entity as well so that also defeats that. Yahweh in his lore was a son of El, again El is both a title and an entity. It’s UPG with more historical backing on the people’s views and how they evolved compared, but better to compare things with history than to simply write it off and blame xtianity on pretty much everything.

Also the jews went from polytheism to henotheism and later monotheism with the branching of christianity.

(actually a dead human trying to be immortal, like the loa

Also this is pretty inaccurate as in the Loa the Gods and the humans who join the Loa are considered separate, it wasn’t until later that the Loa were merged with saints to mask their faith. The Loa Gods were often seen as distinct Gods who were very much still connected to the distant Bondye.

One is an “angel”, a renamed Mesopotamian god

Assuming you mean Azrael is a renamed mesopotamian God I’d like to see your sources for this. Because I often notice LHPers calling everything renamed Gods without the sources and I’d like to read the legitimacy behind it. I have yet to find any sources on this.

You didn’t hear what I said. I didn’t say it was a loa, I said it was like a loa. It was an analogy.

Assuming you mean Azrael is a renamed mesopotamian God I’d like to see your sources for this.

I literally JUST posted it above. But I saw you typing this immediately without bothering to watch it so why would you know?

The information is in the Sumerian cuneiform script tablets.

I literally JUST posted it above. But I saw you typing this immediately without bothering to watch it so why would you know?

Sources involving with academic linking Azrael with a Mesopotamian God. I want to read notes and the likes, not a youtube video as a source of information. As there’s so far 0 academic resources that show any links to Azrael and Mesopotamian Gods.

Typing again and you still haven’t done your research have you?