I’ve developed an interest in discovering methods of divination that have no links to kabala, and the reductionist ideas of modern occultism (12 signs, 7 planets, 4 elements etc., into which everything is crammed to fit) which are found in Tarot.

I also find the use of symbols and text associated with the Abrahamic cults off-putting; I’m aware there are arguments to be made that these concepts are ancient teachings that were were stolen/appropriated, in the same manner Christianity appropriated pagan holidays such as Easter, but that is not the topic I wish to cover here today.

This post looks at methods of divination, in order to understand past, present, and future events, as well as gaining personal insights, that have no links to kabala: 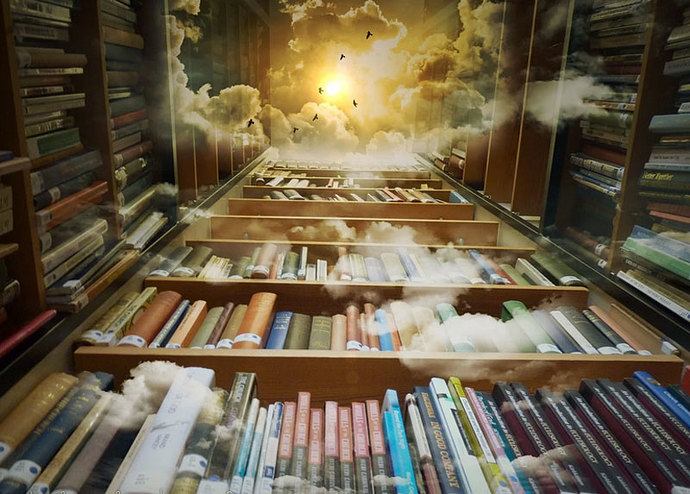 So far, the simplest and most beginner friendly method I’ve found is Napoleon’s Book Of Fate for which I created a tutorial that includes a link to a legal download and my notes on how to adapt the questions, you’ll find that here.

The Book is at its strongest giving readings on anything related to powerplays, politics, and making decisions about investments of time, money, energy, or trust, and at its weakest when used for love and romance.

I also use a pendulum which is the most adaptable, convenient, and discreet method of divining; it takes time and frequent use to overcome wishful thinking, so if you want to have this skill, make sure to use a pendulum OFTEN, to be able to observe results and become used to allowing answers to come through you without too much baited breath. 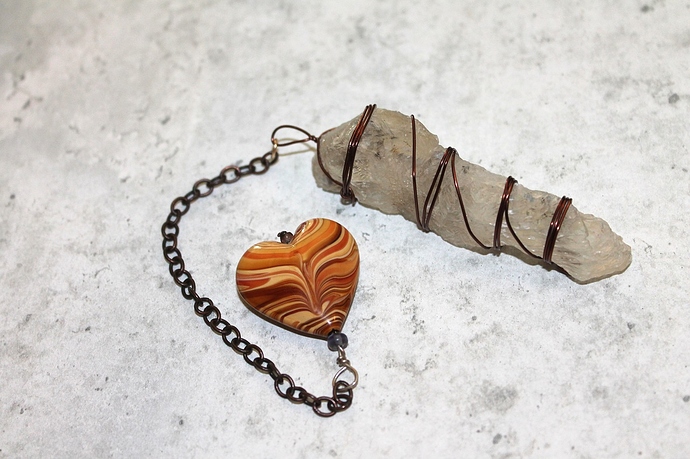 Experience has shown me that best results come from asking about my own reactions: “Will I regret taking this course of action?” for example, or “Will such-and-such make me happy?” rather than abstract yes/no questions, which correlates to the way people’s random precognitive flashes tend to be about events of great emotional significance, and I prefer a using very simple pendulum, mine is made from a bolt on a piece of string.

I also posted how, with time, you will be able to do without the pendulum itself, here: Tutorial : Tool-Free Magick Using Your Hands.

The I Ching makes a great backup to the pendulum, because where a pendulum is reasonably limited, the I Ching ranges pretty far away from binary answers, and I’ve never heard of it telling someone what they wanted to hear: its answers are generally difficult to put an egoic or sentimental spin on. Less of a tool for a hard-edged snapshot though, of the present or future, in my opinion.

There are many well-researched texts written about the I Ching; in my experience, although striving to understand the philosophy behind it is a noble and respectful endeavour, it will work just fine for simple divination even if you are ignorant regarding the broader framework of ideas that underly it.

Lenormand and other fortune-telling decks exist which portray events, objects, and people in a manner that doesn’t directly link to the Astrological, Elemental, or Sephirothic correspondences, I don’t have much to report on these. 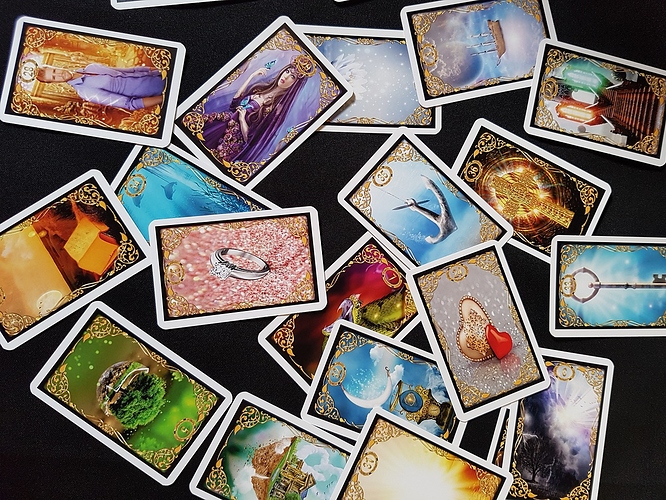 Runes can obviously be used for divination, but I prefer to use them for spellcasting, so I won’t cover those here right now.

The newest discovery I’m working with right now is Sortes Homericae - divination using the works of Homer, which was recorded as being used at least as far back as 399 BCE:

The Sortes Homericae (Latin for "Homeric lots"), a type of divination by bibliomancy, involved drawing a random sentence or line from the works of Homer (usually the Iliad) to answer a question or to predict the future. In the Roman world it co-existed with the various forms of the sortes, such as the Sortes Virgilianae and their Christian successor the Sortes Sanctorum. Socrates reportedly used this practice to determine the day of his execution. Brutus also is reported to have used this prac...

It is this I particularly wanted to share here, because I haven’t seen this method of divination widely discussed, and I believe it has value to many people on this forum. 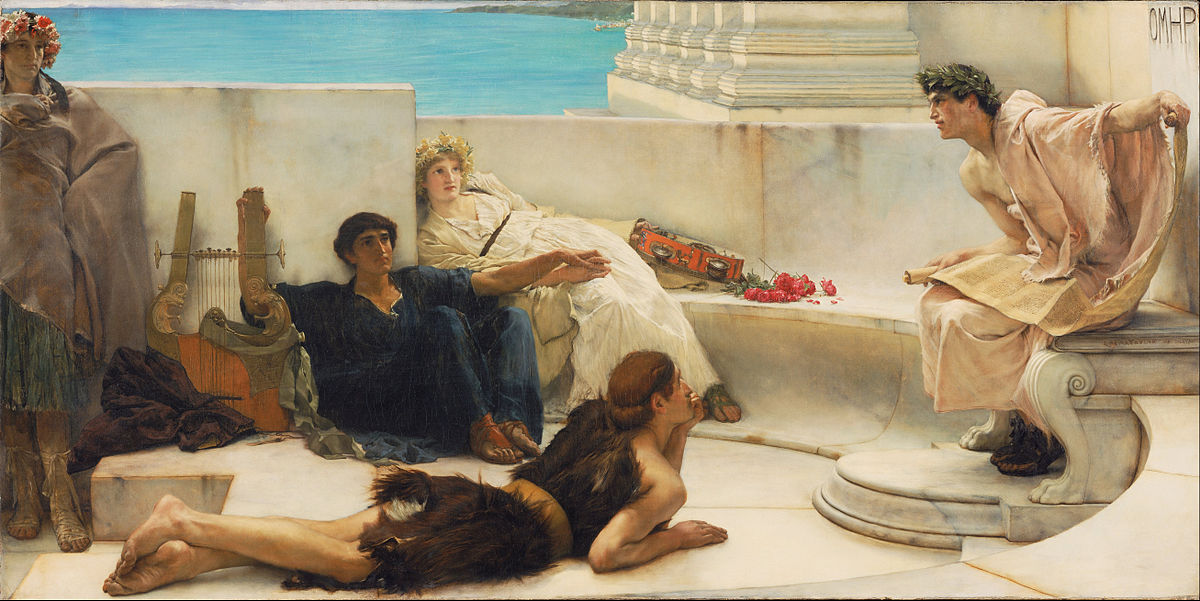 This method has given me given answers that seem far more relevant than random chance would allow for, and so far, the answers derived by this method have been accurate once verified against actual outcomes.

Bonus Material - How To Do Bibliomancy In A Computer Document (Fiddly, But Free):

Edit to add: if the first numbers are too high (you draw say 9, 8, and 6 for a document with 127 pages) either redraw, or knock down any overages to 0, so that would be page 006). 0 is chosen because the numbers drawn do not exist in the document.

Obviously buying a cheap paperback of The Iliad or any other text is simpler, but not an option for everyone who may want to test this method right now. 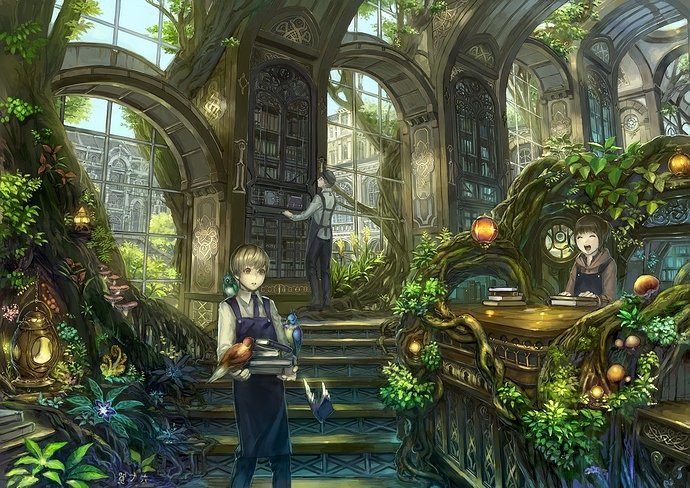 Sociomancy: Go to a place with a lot of people moving through it, with one or more questions in mind or written down. Clear your mind and follow your heart to find a place to sit, and listen to the people around you. Trust your gut and remember your questions- someone’ll answer you eventually, and you’ll know it’s the universe talking to you!

Wikimancy: Go to Wikipedia, hold a question in your mind, and hit the random page button. Sometimes the page you get is an answer you recognize, but more often than not, you use the first letters of the words of the page to get a response. Alternatively, reduce your question to a number of words, and use the random page button that many times and unscramble the answer from there.

There’s tons of ways to do this! If I think of any more, I’ll write them.

Alternatively, reduce your question to a number of words, and use the random page button that many times and unscramble the answer from there.

2: Treats it as divinatory tool

The number of potential divination methods are infinite. Essentially all you need is something semi random and an idea of how to interpret it, then open yourself up to that divinatory sense, for lack of a better word, and see what’s up.

For instance, I have used confetti and read the patters of colors, pens, pieces of paper with initials written on them and a bunch more. Really, all you need to know is what you have available to use and what kind of answer you want to get (yes/no, advice, etc), then tailor the way you do it to fit those two criteria and you’re good.

I find that this sort of method works better for me because I don’t have to deal with prescriptions or physical limitations.

Uthark runes and the Daemenology tarot. Also if you can find the The Shadow tarot by Linda Faloria is really potent!

I was able to buy this for 2.5 Euro in a second hand store, in mint condition.
https://www.amazon.com/Goddess-Guide-Me-Answers-Questions/dp/0671778323

@Lady_Eva, just off the top of my head, I’d say that the more “natural” (for lack of a better word) type of divination might give you what you seek. For instance, fire or smoke-scrying, wax or tea leaf reading… things where you suss out a symbolic image from seemingly “random” things.

There’s also instructions on how to create “witches’ runes,” I believe they’re called, in a book I have. Most of the symbols are very simplistic (like spirals & plus or minus signs), but I think some may have some correspondence to the elements. If you’re interested, I’ll find it for you, but I think the more natural methods are probably more what you’re going for. I hoped this helped some!

What about the chicken bones method found in The Spider and the Green Butterfly?

Geomancy is one of my favorites, and is extremely flexible in how you can implement your tools to a very personal level.

Pyromancy is also a favorite. There are multiple methods with little writing done on the subject of value. Pyromancy requires you to attune yourself to the primordial flame- something beautiful and stays with you for your lifetime.

I tried the sortes homericae divination yesterday asking the question, “Am I on the right track to achieve my goal?”. I did it twice and both tries gave me the same page. (Quite a coincidence dont you think

) But how do I focus on a specific sentence? The whole page was about Athena encouraging Diomedes to fight, so I guess the message for me is to keep fighting for it right?

Yes, seems that way, it’s quite a subjective method because you have tio interpret what you find and also use a degree of scrying/feeling your way, not just what is happening but what each incidual character means, I love it and highly recommend people develop this as part of a range of divinatory practices.

I did a reading as well to ask “Will @johnbad be successful” and saw that you may benefit from acquiring additional resources (possibly just marshalling your own knowledge), or maybe materials, funds, or some other things, but that this will be successful, and that you should have a care for not wasting resources, be mindful to guard what’s precious in the context of seeking this goal. The overall result was positive and not any kind of "no though.

Yeah that’s actually what’s happening these days so I guess you are quite accurate. Thanks a lot.

Thanks for the feedback.

My readings for myself have proven accurate but there’s always that concern whether it extends to others, with the concept we each have our own “reality tunnels” etc., so I truly appreciate you letting me know.

There’s also instructions on how to create “witches’ runes

Was this in an Al Manning book? Sounds familiar.

Thanks for making this. Magick is surprisingly centralized while there are plenty of decentralized alternatives.

Was this in an Al Manning book? Sounds familiar.

She was talking about divination not connected to Kabbalah, that excludes tarot. She did mention runes.

Not sure where it falls into, but on a rainy day, my grandmother would take a cookie sheet, cover it in a thin layer of flour or ash, and stick it out the window while thinking of her question. She would then pull it back and “read” any images she could see while looking at the ash/flour. Similiar to tea leave reading in a way