So I recently have been doing a bit of open source path working with Belphegor. It all started a while ago when King Paimon, President Camio, and I were having a discussion about the end of my current phase of development and the beginning my next. I had recently quit drinking alcohol and had begun to pay closer attention to what I eat. I have found in my own personal experience that self development is the foundation on which all your subsequent work should be based on.

Anyway, I was given the name Belphegor. After looking him up I learned that he is is chief of the deadly sin of Sloth. So if you are having problems with being lazy or simply not motivated, Belphegor can assist you in correcting these bad habits.

Today his influence was of great help. I started a new intense three part workout routine. I was feeling exhausted and not wanting to do the third part of the routine. I was about to let it slide and say fuck it but, Belphegor came in and adjusted my attitude. He took me from saying fuck it to actually feeling good about continuing. Not just feeling good about it but excited and full of energy and desire to conquer challenge. I pushed through the end of the new routine and felt a great sense of accomplishment.

Belphegor helps to quickly arrange the brain in such a way as to bring about the most positive feelings associated with drive and ambition. He helps to “lock in” the good habits through the power of positive emotional response. I have found myself joyful in doing mundane tasks such as washing dishes, doing laundry, or cleaning the toilet. I look forward to the soulful reflection that doing household chores allows one to have.

So often I have seen magicians that do the magick but become lazy and have homes that are messy and unkept. The physical clutter in our home has an astral counterpart and the Feng Shui gets fucked six ways from Sunday.

Many get attracted to magick because they expect wealth, a great physical body, a good sex/social life and all overnight. Becoming successful in whatever endeavor you choose takes time and effort. You have to meet the gods half way. The gods won’t do for man what he can do for himself. However the gods can influence the outcome of events to bring you opportunities. But luck is when preparation meets opportunity and if you are not prepared your opportunity will pass you by.

The gods can influence your ways of thinking and attitude to help make you motivated to achieve your goals.

Belphegor is a demon who is fairly easy for most to gain assistance from. He is known to help even the most psychically atrophied noobs become more motivated. There is no need to be capable of hearing him he will simply change your perspective on things so long as you ask him to and give him a few moments of quiet mind for him to get in there and start making changes.

I find that when you feel lazy or unmotivated do a quick void meditation and clear your mind. Visualize the Sigil of Belphegor and ask him for his assistance in removing slothful energies and replacing them with positive attitude.
One is doomed to be ruled by ones emotions until ones emotions are ruled by ones self. In the mean time a demon can help you tackle negative emotions and realign you toward striving for excellence.
So mainly what this post was supposed to be about was how Belphegor can help with keeping you on your workout routine but I guess it turned into more of a rant and me preaching from my barstool. Anyhow if you are having trouble sticking to your diet and or exercise routine go ahead and summon Belphegor to help remove slothful energies from your life. Cheers!

Belphegor can do a lot more than keep you motivated, go ahead and check him out. In demonology, Belphegor (or Beelphegor, Hebrew: בַּעַל-פְּעוֹר‎ baʿal-pəʿōr - Lord of the Gap) is a demon, and one of the seven princes of Hell, who helps people make discoveries. He seduces people by suggesting to them ingenious inventions that will make them rich. Bishop and witch-hunter Peter Binsfeld believed that Belphegor tempts by means of laziness. Also, according to Peter Binsfeld's Binsfeld's Classification of Demons, Belphegor is the chief demon of the deadly sin known as Sloth in C... 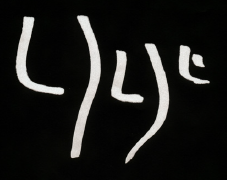 32 Likes
Gods/Demons/Spirits for Physical Fitness?
Can a demon help me get a sexy body?
A demon to work to get rid of procastrination, accumulated tiredness and fear of work
Lady_Eva March 2, 2019, 9:19am #2

Got off my ars and went swimming, another good one invent a bicycle that can go mach 30.

So just an update, today I did my 3 regular routines, but tonight, since I had extra energy, I hit the weights again. The Balphegor motivational path working is becoming a thing here and I may need to give it some structure.
Balphegor tells me that he has been recognized since before mankind walked the earth.
The over all lesson I think is to take Joy in the things you once complained about having to do. Life is exponentially more bright this way and your outward universe changes to match your inward perception.
Becoming strong enough to have solid control over one’s emotional state will increase one’s ability to manifest equal to the strength of one’s control. In other words, the more you can control how you feel the more you can control your universe.

Conquer your fear, and I promise you’ll conquer death. –
Alexander,
portrayed by Colin Ferrall in the film Alexander 2004 Directed by Oliver Stone

OK that’s all I’m going back to bed now. But I figured I would post this before I forgot to do it, and I’m avoiding procrastination like the plague.

I wanted to add this since I’m being told to, and to do it right now, no rest for the wicked I guess, which leads me to what I’m about to explain.

The 4 Seeds of Sloth.
When we become lazy its usually started by a thought that grows into action just like everything else, but in the case of a seed of sloth its a thought that leads to lazyness.

So many fucks lol.

I despise fat people, always have. They are abominable disgraces to the temple of life they’ve been given in my opinion. I just can’t stand it. I fucking HATE them. Just had to get that off my chest.

I don’t dislike fat people but I do dislike the fat persons mentality. It’s a mentality that leads to obesity. It’s the result of a combination of sloth and gluttony.

I believe that fat is in the mind and not in the body. If one makes unhealthy lifestyle choices and ends up with diabetes and overweight its because their way of thinking was directing that lifestyle.

But we should never judge a person on their weight appearance because you never know what stage of life a person is in. For example a person that is 200 lbs overweight could be jogging down the street and you see them run by. Now just because he’s overweight doesn’t mean he still harbors a fat persons mentality. He could have been 300 lbs overweight and lost 100 lbs and is working hard at bettering himself, obviously he’s out having a jog.

vs. Of course the lady that walks into Burger king and orders the largest super meal they have plus onion rings and yet orders a diet soda. This person is definitely half assing it when they have plenty of ass to go around. But still I’m not going to shame the lady because I don’t really give a fuck. Its not my life and I could care less.

Fat people are so nice and soft though.

If you had a pillow of dead festering maggots, would you choose that one if it happened to be softer over thee other one with feathers?

Intentional absent mindedness, I E not giving enough of a fuck.

Ooo fuck. Right one the money.

But we should never judge a person on their weight appearance because you never know what stage of life a person is in.

And there are medical conditions, including organ failure, that can cause the appearance of obesity by filling cells with fluids, and no amount of exercise or dietary control will restrict that. The next big person you give side-eye to in the street could actually be terminally ill, and through no fault of their own. This happened to a guy we knew a few years ago, it was horrible.

People have been comprehensively misled as to what a healthy diet is, and some are more susceptiable to weight-gain on the fucked-up modern recommendations than others, this is not a moral failing.

11 “servings” of grains a day, swap meat for novel seed oils? Facepalm. But doctors are still prescribing a hunger-inducing, satiety-reducing diet to millions of Americans and other western nations, based on Ancel Key’s fucked-up recommendations.

Oh wow im surprised to have found this. I literally just started trying to interact with Belphegor. This was a good read.

Welcome @Armgears. I see you joined us back in October of 2018, have made two posts, but have not yet introduced yourself. Please post an introduction in the NEW MAGICIAN AND INTRODUCTIONS area, and tell us a bit about yourself and any magical experience you may have. It is a rule of this forum, and required of everyone.

OK folks so this here is one of those examples of how the spirits use coincidence and syncronistic events to teach and educate. I’ve been on the Balphegor motivational path working for a little while now and I just received a Jewel of the Balphegore system today in one of my YouTube subscriptions. Here it is for you all to learn and benefit from, enjoy.