I cursed someone and they died

This is the 2nd time this happened.

1st Time—The first time was 5 years ago, before I knew about magic. I simply verbally cursed a malicious person with words over FB…A couple years later, her sister emailed me and told me that she never recovered from my written words attacking her and husband…I don’t attack people unless it’s provoked, and she was asking for it. However, I did not mean for her to die.

2nd Time—Over 1.5 years ago, my cousin in a different state did me wrong when I visited the family…He’s a heroin addict…He cut the wires to my car, took out some of the fuses, cut the fan belt, stole $1,000 in valuables from my car and tried to have me stranded in the middle of nowhere where some of his law enforcement buddies surrounded me with guns…I believe there was a hit on me, which I’m not going to go into now, but just know that I have been harrassed and terrorized by shadow government for 8 years—which is the only reason I started studying the Bible and spiritual teachings since then…

So, around 6 months ago after I started studying Aleister Crowley, I learned that the imagination is very important to manifest things…So, about once every two weeks, I would simply visualize my cousin and gruesome things happening to him…

Fast Forward to the past few weeks…I’ve been invoking Samael, Lilith, Azazel…So last week, I didn’t use a voodoo doll, but I visualized extreme hatred with all my WILL and could see him graphically getting hit with sharp instruments…And then I convinced myself that “it was done.” Then today I got news that he passed away 2 days ago…I don’t feel bad, bec he was trying to destroy me…His mom and my dad were brothers and sisters and they hated each other, because his mom (my aunt) has always been evil and mean…There was just bad blood.

Of course it’s possible that this is just a “coincidence,” but I don’t think so.

MY QUESTION
-Should I do some type of special offering for the gods that are working with me, i.e., Samael, Lilith, Azazel who is incharge of over 3 million demons?

Nice. How did your cousin die?

I don’t know for sure yet, but I suspect a drug OD from heroin, bec the announcement simply said “he passed away this Saturday.” He was close to 50 and very experienced at doing heroin, so I suspect somehow or another someone poisoned him or he simply got a bad batch…

Good job. Now do what feels right to you. And never doubt your magick.

I’m going to live by those words

On your question - of course you should make them offerings - very special ones. You got what you wanted.
So how long it did the the curse to work - about one year?

Damn. My target hasnt died but definately has chaos tearing his life apart… waiting for waning moon to return to his torture chamber. Cant wait to spice it up a notch but being patient

However the day i made a petition to kill him, burned the paper and the air grew silent, my mom died that same night. I know it wasnt a coincidence because frankly she was holding me back from accent, i relied on her to much. Since then ive veen able to walk strong on my own path without the weakness of codependence.

Well it wasn’t like a one time curse and it wasn’t ceremonial… I have been randomly imagining graphic depiction’s of him for like 6 months—basically only using my imagination…But then within the past couple weeks I have been learning more about evocation, possession and started doing that like everyday. This weekend I had actually meditated on it again, and today i found out he died. I have been making a conscious effort to make sure Samael, Lilith, Azazel were present. I can literally feel Samael in my blood running through my veins.

I don’t take responsibility or credit though…

I’m about to tear a person’s life apart slowly in the near future. I want to give him everything, and make him love those things and persons as deep as he never did before, then… the real fun has begun. I didn’t killed people nowadays, not like before.

And before I would forgot;
“good luck” for serving death!

So a few minutes ago (around 2am), I evoked Asmodeus to go cause some strife…This is the first time I evoked him. I didn’t have Frankincense, so used Dragon’s Blood…I didn’t have his sigil, so I drew one (looks bad). I also pricked my finger and dripped some of my blood on the sigil…This is my first time using blood. I told Asmodeus I would leave the blood there for 24 hours. I also told him that next time I will have some Frankincense and some poker chips or playing cards for him since I know he likes those…

I’m very new to the LHP, so I’m anxious for results… 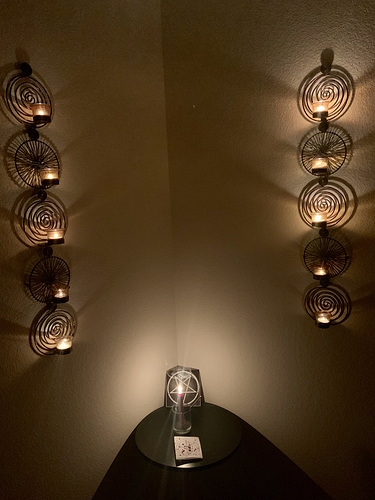 (post withdrawn by author, will be automatically deleted in 24 hours unless flagged)

You don’t even have to work with Spirits to being successful in magick, or be able to do similar skill-required things like kill someone.

@pop_wezzy making offerings may not be necessary, however in my mind the entities i work with are like friends and family, and ill occasionally make offerings out of respect like i would someone im close to. Also in my experience a meaningful offering boosts results big time. Showing gratitude is often underlooked but it really makes the work more potent. Necessary, maybe not. Helpful, absolutely.

If memory serves, people have actually been banned for claiming levels of expertise that they don’t actually have. @pop_wezzy, don’t make claims of doing a lot of magick with success if that isn’t actually the case.

I am Daniel from Uganda, male aged 21 years I have been practicing magick for three years now, but I haven’t reap any results since then. I don’t know what I am not doing right, I have contacted several entities for help but nothing. Am still jobless for three years

@pop_wezzy, this is from your own intro. Don’t start giving advice when you have no track record of success. It causes too much confusion and puts people in the wrong track.

Not gonna derail this further, but I’m not gonna let stuff like this go.

Most of mages do offerings not because they are worshipping the entity but its honouring and graditute, learn something before you comment on it.

So when I do an offering, is it supposed to only be one entity at a time?

And would the ritual be like a routine evocation, and when I feel their presence can I request the entity to do another task?

Also, when the offering is blood, does this increase the chances of the entity being present?

Does it matter that the sigil I drew is sloppy? I can’t draw great?

Does it matter that I evoked him with Dragon’s Blood incense rather than what he likes (Frankincense)?