This month 13th is on a friday and that too on a full moon day. Do you guys have any plans for the day?
Any rituals ?https://www.counton2.com/news/national-news/rare-friday-the-13th-full-moon-happening-this-weekend/

I’ll be breaking out Friday the 13th on PS4 and playing that for a bit on Twitch.

Gonna be fasting…I have to work that night a bit…so hopefully I’ll have some time for meditation and invocation.

The mass of Satan

was recorded a Friday 13th of September in California 1968

Money, beauty and wealth spells. Will also be meditating and trying to connect to Anubis - finally.

My usual communing with Hekate and petitioning Sitri

Coyote work, breath of fire, putting my sigil doorway into use, gotta finish painting it though

Question to you folks,

As I previously stated, I’m very new to all of this. Is there anything that I should be taking the opportunity to do on Friday? It seems like it should be a special occasion of some sort but I wouldn’t know what to do to make it different or special in any way.

So far I am just going to be doing my regularly scheduled routine of meditation in the morning and at night, as suggested by @DarkestKnight.

Maybe some confetti? I hope they like confetti. That would be awesome. I have never seen anyone making an offering of confetti and party-poppers. What if they loved it and nobody knew?

Okay, I’ll be serious again. Is there anything that I can do to make the day special for the entities I’m doing my best to reach out to? They are Marbas and Raphael.

Thank you for your time.

Friday the 13th isn’t a special day. The only significance to the date is whatever you give it. Make of it what you will.

I suppose that you are correct there. It’s just a tradition to think of it in a special way. Angels and demons probably don’t keep Gregorian calendars anyways.

Friday the 13th isn’t a special day. The only significance to the date is whatever you give it. Make of it what you will.

Isn’t Friday 13 Full Moon a time when the veil between the physical and spiritual realm is easier to penetrate? Isn’t this a time when your spells, prayers have a better chance to manifest?

Do you guys have any plans for the day?

Sorry, no jargon, my answer wasn’t directed at you but at the OP

Isn’t Friday 13 Full Moon a time when the veil between the physical and spiritual realm is easier to penetrate?

Isn’t Friday 13 Full Moon a time when the veil between the physical and spiritual realm is easier to penetrate? Isn’t this a time when your spells, prayers have a better chance to manifest?

No, it’s not. A Friday the 13th Full Moon is no more special than any other full moon. People give it greater significance, but that doesn’t mean it has actual astrological significance. People make all sorts of silly assumptions in the occult. However, it is important to keep in mind that it is your belief that gives it power.

I hadn’t planned it,
But Lord Voldemord came through,
and offered himself to become accessable towards all of Balg. 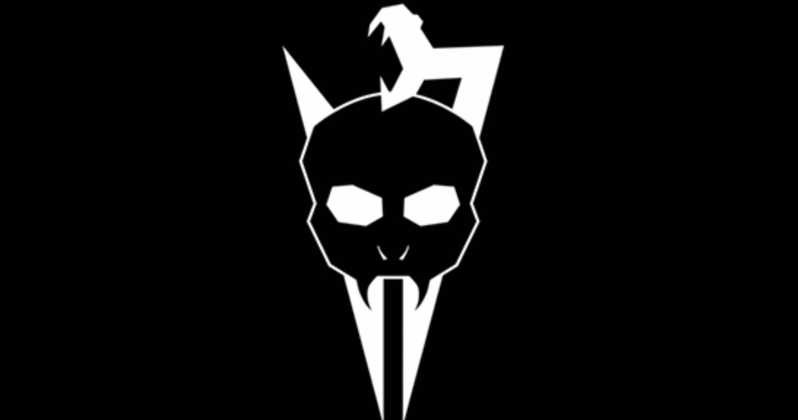 If you’re interested / and or don’t know what to do today,
i can recommend working with him.

He’s fresh of the boat,
so to say.

Here’s some of the work,
that went into it:

may i ask why you’re so determined on this? It’s not really something you should seek. maybe i’m missing something on your background / interest. But for common occasions, i don’t really recommend someone to attempt this by his own. And, generally speaking, in regards to Death you should talk to Abbaddon / Azrael / Kali - who ever suits your understanding best, out of the Death-Gods. I think you might overly romanticise the concept. Death is painful. Each time you go through it again. …

Why would that be strange? Conciousness is a subfunction of this specific form of incarnation. Transmutation is necessary between incarnations. Do you know, how nasty it is, to be haunted by memories of people, not even existing around your new actual place, just because last incarnations memory was retained to much=? That’s nothing pleasurable.

Certainly not. Pure conciousness doesn’t hold any identity, sense of self, nor does it fuse with physical matter. We, in the current form, are as much pure conciousness, as the sea is air. Sorry, i really struggle finding a better expression, or explenation for you. conciousness is a plane, one aspect of existance. While the Human form, is only possible, due to it being merged, with other forms. Meditation actually is one of the techniques, that allow you to connect better with …

Oh and just in case you wonder why i considered Harry potter theories to be a reasonable source for retrieving the information you’ve asked about. Here’s J.K.Rowlings Sigil she attached to the dark arts in her books. So techniquely, her spells are usable in our magick. [Harry-Potter-Cursed-Child-Movie-Logo] In not directly, then at least their mechanisms. To further verifiy that sigil, and explain it’s meaning, here’s J.K.'s own words on it: J.K. Rowling ‏Verifizierter Account @jk_row…

EA states again and again, that he works on his own ascend, but also shares his work so others can join him. What i specifically said; was that his expression lined up with other Ascended Masters, so basically i haven’t said that he is, or isn’t ascended. I said, those which are ascended agree on this, with him, or if taken for other terms, he’s saying the same stuff they would say. Which, due to his nature of being a medium willingly, and often channeling beings through himself, …

Oh, i absoluely agree. I hope my current gnosis here doesn’t hurt him.

Ahh, yeah i know what you mean then. Sure, now that makes more sense. So technaquelly, a 6th dimension incarnated merged with his godform fully in here, (like the balg video above expressed), would actually be a living, walking, physical 6D being (hence, ascended master in the flesh), wouldn’t he? sincerely, ¥’Berioth

I’ve completed the activation of the Sigil of Lord Voldemord. You can now access it, like any normal Demonic Sigil. [Harry-Potter-Cursed-Child-Movie-Logo] I noticed his Eyes Flashing and breathing, when uploading my contribution into it, and activating it for all Balg Members. So i think it’s safe to say, that the flashing, breathing eyes represent the sigil to be active, for those working with it. Slytherin let’s me know, that the Teeth being active also represents it being active, …

Dear Lop_Pollo. I think, the fact that i wanted to write Lord Voldemorts Gnosis on a sole own Topic, due to it’s importance, and wanting it to cleanly be accessable to Balg, yet him forcing me to write it here, clearly indicates his calling towards you. Heck, i’ve been called to make him accessable and activate his sigil fully for Balg. Which is done and completed now. I recommend, you talk To the Dark Lord. He certainly seeks to help you, and guide you in your work. He’s clearly i…

I’m, glad to see. Thank you, for confirming back to me. Sincerely, ¥’Berioth

you do. Activate the Sigil. In case you really need more training: (more specifically, what i wrote) Again, you’re spilled with possible sources to learn from. If they’re not enough, use the search function please. There’s various Tutorials on how to develope your Clear Voyance, and Astral Senses. Apart from that, you can also ask the Dark Lord directly to teach you. He does teach that skill aswell. After all, Slytherin has been Teaching complete Legions in his Region, …

Thank you, Zohak. I guess you rather like, the contribution on Lord Voldemord. xD Sincerely, ¥’Berioth

So i guess,
without knowing it,
i’ve been doing my work and contribution to that Friday 13th of September Full moon already.

Slytherin offered some good Gnosis there,
and in my eyes,
he also represents one of the Gatekeepers through those forms and eminations.

I personally had a sense of Leviathan coming through as i’ve worked with him,
which makes sense,
in terms of that Mastery over Snakes,
the snake being associated with water,
instead of Earth,
etc.

So i think,
i’ve been working with the Gatekeeper of Element Water,
with Leviathan,
there. 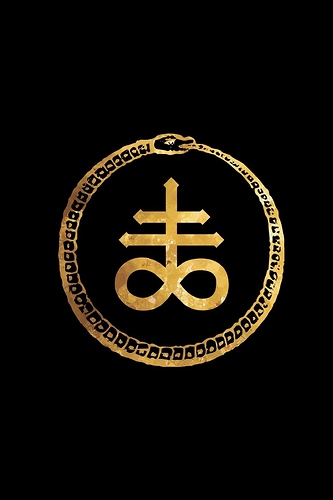 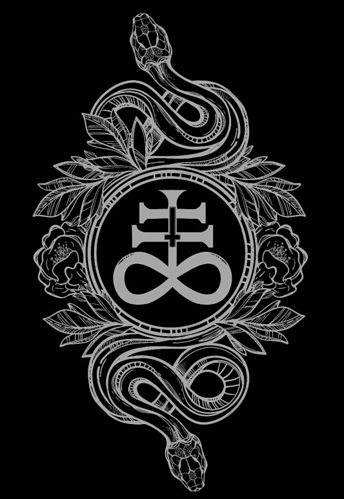 But since you’ve made me aware of the significance of this date, I’ll also do another spell for myself, extending on my debt destroyer spell, and it’s implications.

Thank you for making me aware of the date. 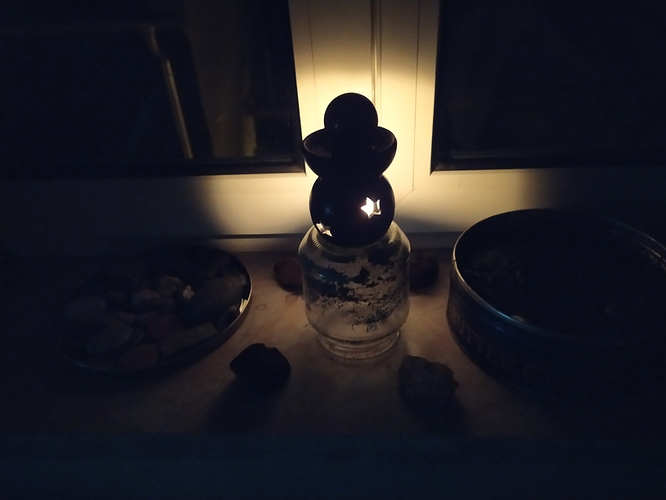 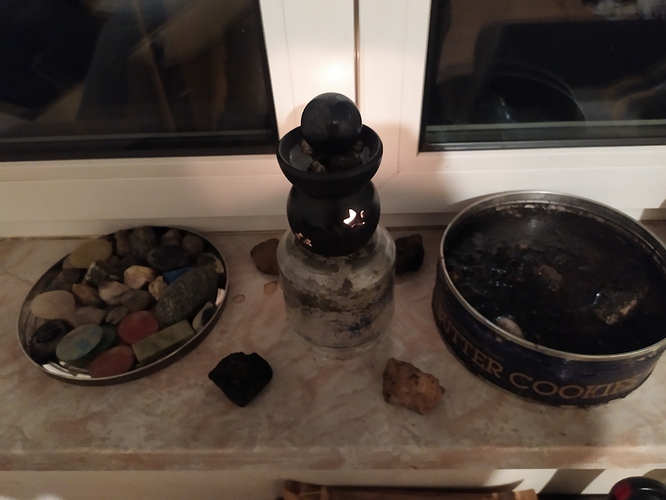 What is your Twitch so I can follow you LOL