Hi, could anyone recomend me a good book about energy work, how to gather energy and use it on magick spells. I would like it to relate to intentions and spells and not only on healing.

Also, there is any discord chat to talk about energy work??

Haha that is funny, people aren’t interested in that for the most part here. It’s a shame though, it is in many ways a better form of magick than relying on evocation. With Evocation you rely on a spirit that may or may not help and worse they may or may not become a problem for you at some point, it is kind of sketchy actually. I do it because I’m power hungry and a thrill seeker, but people here, I don’t know, it’s like that was what has been presented to them so that’s all they know how to know, sure someone may come out of the wood work to contradict me but I doubt there will be too many besides me that knows too much about that. I know some things. I am going away on a retreat tomorrow that will help me get better at it.

It’s a yoga reteat but some of that will help get the energy flowing, one of the things I am most excited to learn is the proper way to do pranna yama breathing.

Than a bit further down is Kundalini.

That is what made me insane enough to need to join this forum, just holding in my orgasm. That was one long messed up adventure. I also combined orgasm denial with stimulant use, it is a really crazy caos magick recipe no one will tell you about. I sort of want to get back into that but this other magician might get pissed off if I do. I was just thinking abit about that today. hmmm

From there I learned Moon magick, it is like evocation but you put more of your energy into it and the moon doesn’t give you too much shit most of the time, it usually either wans or waxes. Once I dropped my water offering and shit went down a bit but it wasn’t that big a deal in the end. Also all you have to give is an offering of water, Demons might get pissed if that’s all you give them.

I would also use Reiki charged water, and you can charge your candles and bunch of stuff like that.

Then there is golden dawn styled rituals like the middle pillar, and the circulation of the body of light, and some other rituals developed by gallery of magick that are similar but maybe even easier. There are also a few angels you can call on to give you more energy I think?

And finally there is some other stuff but it’s a bit hard to put into words. But you can pm me and we can talk more about this stuff when I come back. I am always trying to grow in many ways and you learn more by teaching it and would like to nurture an exit strategy for sometime when I need one from evocations.

Energy Essentials for Witches and Spellcasters, by Mya Om.
The Un-Spell Book, also Mya Om.
Her own path is Wiccan, but her methodology is solid, and clean-cut for beginners.

Brain Magick, by Philip Farber.
This is a pretty solid once-over on a lot of the psychological and physiological things going on in your brain to make Magick happen. Absolutely worth a go.

I try not to over-recommend things from Llewellyn Publishing, as they tend to favour the homogeneous, but there’s some real gold in their catalog. Mya Om’s work instantly makes a whole lot of the rest of the Barnes and Noble shelf usable, while Farber’s gives you another direction to troubleshoot from.

TheSaga has a point most here rely on entities to aid them so you won’t really find much on direct magick. Which leaves a lot of room for some to be exposed to imposter entities and astral thoughtforms. However, some are really hellbent on rejecting that idea.

I think a healthy mix of relying on your own energy and possibly forming bonds with entities are fine however. I think there’s a few good energy work books out there.

However, there are a lot of discord servers on it just put it into the google search something along the lines of “occult energy work discord servers” or along those lines.

Ooh I am surprised people haven’t brought up a list of entities that can teach magick.
That would be pretty interesting.

Honestly I find most those lists bogus lol. Most entities you find will know how to do magick, just depends on how they do it, and if the individual wants to be geared towards that way. Such as angels and their form of magick, demons, etc.

Learn Reiki or some practice that teaches how energy flows and how you can use your own.

Books:
Energy Work by Robert Bruce
The Yoga of Power by Julius Evola
The Serpent Power by Arthur Avalon

Beginner Psionics by wingedwolf may also be helpful. 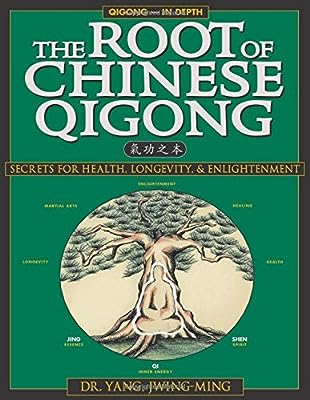 The Root of Chinese Qigong: Secrets of Health, Longevity, & Enlightenment

I cultivate energy to raise my spiritual strength as part of opening of every ritual I do.

When evoking, I use qigong techniques to add qi to the smoke to intentionally build structure, and ime helps entities manifest stronger and faster.

There are energy workers in my fave discord, I’ll PM you.

Thanks for the answers. Maulbeere, I joined the chat.

About those books, they have techniques like psi balls, visualization, and sensing energy?? I’d like to develop those fields.

I have started a study group for Robert Bruce’s online energy work primer. I am the only one in it at the moment and would love to have you on board. After it I am moving on to one of his energy work books. This week I am on the first video and doing the exercise he mentions in it.

If you are interested the link is on the post for the group. Astral Dynamics energy work primer study group