Does anyone have the names of the Egyptian deities and their goetia equivalent? I know Purson is Horus. I’m looking for the Goetia equivalent of Shu, Sekhmet and others.

Egyptian Gods got nothing to do with the demons of the Goetia. People can believe what they want to believe. But according to the source material behind these deities and Demons, they’re completely different.

Attaching the demons of the Goetia to all and every deity in existence just because someone is worshiping those demons, doesn’t mean a thing. That’s a personal choice, belief or whatever you call it. But nothing more.

It’s amazing to me, that Demon worshipers are very sensitive when someone insults those Demons in any way or form. But they have no problem insulting other Deities, their cultures, belief systems, religions etc and attach those Demons to a completely different Divine beings, to get the best of both. Like parasites!

I don’t care what anyone says. Demons ARE NOTHING else, except demons. Gods are Gods. Angels are Angels. This spiritual salad of Demons are Gods and Angels and Dragons and whatever else… is just meaningless. And only reflects unbelievable ignorance. In my opinion.

Even if a Demon is “originally” a God, and was turned into a Demon by the church. That demonic form is completely new and different entity. Not that original God anymore. If you don’t like Demons for what they are, then nobody is forcing you to work with them. This spiritual make-up to make it something else turns them into clowns.

My comment is not for the OP it’s about the subject in general. Demons are NOT the Egyptian deities.

It’s amazing to me, that Demon worshipers are very sensitive when someone insults those Demons in any way or form. But they have no problem insulting other Deities, their cultures, belief systems, religions etc and attach those Demons to a completely different Divine beings, to get the best of both. Like parasites!

I do agree with this, the only personal-experience thing I want to add is that the “demon” Buné really does seem to be either a mask or, of closely linked to, the goddess Wadjet. However, working with Wadjet directly using her iconography is a good way to avoid any confusion.

But I share the dislike of just assuming all demons are really older gods, and general reductionst concepts that all things are masks of a small number of beings.

At its worst, this concept lays beginners open to parasites who will claim to be the “true” name or form behind a handful of different beings who share certain characteristics, and deceive those people grievously.

From what I know is that during the dark ages those energies that were once known as Egyptian Deities were reformatted as the goetia demons we know today. Still open for input that corresponds these energies.

The four gatekeepers Azazel, Belial, Abaddon and Amaymon are very closely tied to the egyptian dieties. .

From what I know is that during the dark ages those energies that were once known as Egyptian Deities were reformatted as the goetia demons we know today.

Well, the Egyptian deities are still active today and can be worked with, so I would say that is highly unlikely. They might be connected in some way, but they are NOT the same.

It can be quite subjective as personal experiences and experiences of others could have different insight each time but everything has its roots. Look at Christianity for example, much of their structure comes from stories that have predated Christianity by a long stretch.

Amen (Amon, Amun, Ammon, Amoun)
Amen’s name means “The Hidden One.” Amen was the patron deity of the city of Thebes from earliest times, and was viewed (along with his
consort Amenet) as a primordial creation-deity. He is represented in five forms: (1) a man, enthroned; (2) a frog-headed man (as a primordial deity); (3) a cobra-headed man; (4) an ape; (5) a lion. His sacred animals were the goose and the ram, though he was not depicted as them.

Amen was self-created, according to later traditions; according to the older Theban traditions, Amen was created by Thoth as one of the eight primordial deities of creation (Amen, Amenet, Heq, Heqet, Nun, Naunet,Kau, Kauket).

During the New Kingdom, Amen’s consort was Mut, “Mother,” who seems to have been the Egyptian equivalent of the “Great Mother” archetype. The two thus formed a pair reminiscent of the God and Goddess of other traditions such as Wicca.

For the most part i agree.

Why do you want to leave?

Hell, I’m a Buddhist, no one’s kicked me out yet 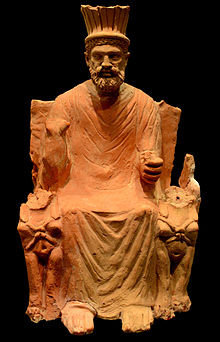 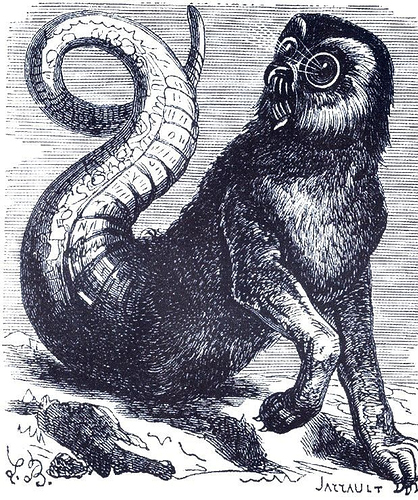 As for Sekhmet, I am not sure. In terms of the Egyptian Gods I know that she exists as the warrior aspect of the cat goddess Bastet but that’s all I know really

Amen’s consort was Mut, “Mother,” who seems to have been the Egyptian equivalent of the “Great Mother” archetype. The two thus formed a pair reminiscent of the God and Goddess of other traditions such as Wicca.

Then we have their child Khonsu who is seen as the god of the moon. Thing is, I’ve yet to see any form of demon counterpart to Khonsu whatsoever. Hell, I’ve never even heard of a lunar demon

i am thinking same as you that there are some entities out there whitch have had multipersonifications across history due to their interactions with diffrent cultures and sivilisations, if poeple had many wars to get dealt with then that entity bestow them strength and courage and they call it ishtar godess of war fertility and love, but if they had a long time of peace they call it isis godess of knowledge magick and love… go on with your ideas about this subjects but study more , practice till you conclude that your idea are wrong or right.

I closed the member’s account, no idea whether the request was linked to this topic but they asked, so…

Welcome back @nicholas_biddlingmei As you haven’t yet properly introduced yourself as is required here, *PLEASE CLICK ON THE IMAGE BELOW and tell us about yourself and any experience you may have in magick, such as what you practice, how long you have practiced, areas of interest, etc:

Dude No Vassago is not Prince Bufas or Pruslas. Sorry. This list is wack I’m just telling you straight up simple and plain. Sitri is not set. Dude they don’t even share the same offices. Wrap your mind around that.

Collin de Plancy (1863) (paraphrased)
As high prince and grand duke of hell, Pruflas/Bufas commands 26 legions. In Babylon, where he shall reign, he has the head of an owl. Pruflas facilitates quarrels and wars, provokes discord, and generates poverty. He will respond to all he is asked to do.

Did you just compile this list for fun?
Have you actually worked with ANY of these spirits?