All this time I’m following BALG forum I hoped for one thing: That I will never have to deal with chakras. I never cared and I know nothing of them. That was until today when during my Japa meditation (which by the way I perform with vibrating enns) it was made extremely clear to me that there is a small issue with my throat chakra but the bigger problem is in my blocked Solar Plexus. Lets not say that right after that the Demon I work with stated that in order to gain more power I need to (and I quote) “Get rid of the negative energy” and he refused to talk with me until I do so. So, I’m alone, I can’t ask for pointers…

Now, I know literally nothing of chakras or where they’re located so I had to google it, but the informations are seriously so many that I’ll need maybe 2 lifetimes to go through all the sub-links… Lets not say that I have more chances to understand Klingon…
Of course I made sure to learn about, what I understand as, the basic 7 chakras: what are they, how they work, where are they located etc. I tried some “healing” techniques, but no progress whatsoever…

I understand this a task and I’m not asking you to serve the answers on a plate, or do the work for me, just some tips so I start working on the problems…

I just want to ask if the entity specifically said to use the Chakra system or just said you had energy blockages? There are other models for working with the energy body if that’s your preference.

I use the Chinese Qi gong system, with 5 element theory, not Chakras, for example, it’s probably the main other system out there but I hear there are others, as well as Chakra systems with fewer and more than 7.

The way I would approach a block would not to practice a mantra focusing on the blocked area, which could just pile up more energy behind the block making it worse since these are for building the chakras, but visualize energy flowing through the area, and dissolving the block gently and easily. (If it was completely blocked that would make you sick, so chances are energy is flowing through it already, but not enough.)

It’s very helpful to move your body to keep energy flowing and clear blocks. Just going for walks where you can swing your arms would help, and here is a moving exercise and info focusing on the energy centers including the solar plexus (and thoat).

Blocks are often experiences and emotional energy condensed and stored in the body, so, be prepared for images and emotions to surface that could have caused this, and let them flow through and away without judging them.

I agree with @Mulberry that using the Hindu chakra system is not necessary if you would rather not to. It is simply the most well known since it was imported into the Western Ceremonial Tradition by the Golden Dawn via Theosophy.

A very helpful technique for dissolving blockages is the Taoist Water method of meditation taught by Bruce Frantzis. It uses awareness and intention to gently dissolve energetic blocks. If you are interested, check out the book Relaxing Into Being.

The meditations on the link are from Joy of Satan as the member who posted them had a tendency to proselytize for that organization, so I cannot vouch for their efficacy simply because I have zero interest in them. However, some here do recommend their meditations so really all you can do is try them out and judge for yourself.

No he didn’t said “Chakra” he just made me experience something, lets say unpleasant. How to describe this… Imagine like you feel a huge energy trying to exit your Solar Plexus (and throat, but not as much) but being unable to do so, it was…turning back with force and while doing so it caused heavy shock waves in the area. I know what caused it. That’s the problem. I want to avoid these emotions, I was doing so well till now, but I know I can’t anymore if I want to progress… It’s something that’s bothering me too for way too long. Maybe its time to let go.

I’ll check the Qi gong and the Taoist water as well. Maybe I’ll even try the meditations in the link cause I did felt that they work just by reading them.

Chakras are fun as hell to me. Feeling the energy body and playing with energy is very important in order to enhance your natural abilties and siddhis (powers) such as clairvoyance, levitation, esp, astral projections, soul travel, and so forth. But if you really really do not give a fuck about learning it. Do this guided meditation for about 7 days and you will be very unclogged.

Funny, I once asked Asmodeus, Lucifer, and Lilith (i’ll Assume they listened) if they could fill my chakras up with their conduits of energy.

I really hate them actually hahaha! Just the word itself brings some very cult images in my mind. Look for example almost everyone who speak/teach about chakras etc, they sound soooooo calm that they seriously piss me off. I can achieve that level of calmness with some weed, but I’ve quit long time ago

But, I’m willing to try anything, like, the Demon refuses to talk to me, I can’t just ignore it

Lmao, I totally see what you mean about the chakra obsessed people.

We’re in similar situations. I was told my energy is blocked in my solar plexus & sacral. I had no idea what that meant & when I asked for more information, my patron told me I needed guidance from Vassago & to not contact him until I’ve helped myself. Damn hard ass, lol.

I’ve been doing these guided chakra meditations for the past 5 days & so far it’s been much easier to scry. Whether the blockage is gone has yet to be seen, but I do recommend giving chakra stuff a shot.

Facing whatever emotions are bottled up is better than suppressing it & that being an hindrance to your growth.

Hahaha really? Its almost like we’re talking about the same Spirit! Or there is a secret agreement between all Spirits, that they will stop talking to whomever has blocked chakras!

At least your patron gave you a name to help you, mine was like “Ew… Dirty… Shoo…”

Haha, we have one’s who want us to learn how to fend for ourselves

It sounds like you know what’s causing your blockage tho, yes?

True! That reminds me of this…! 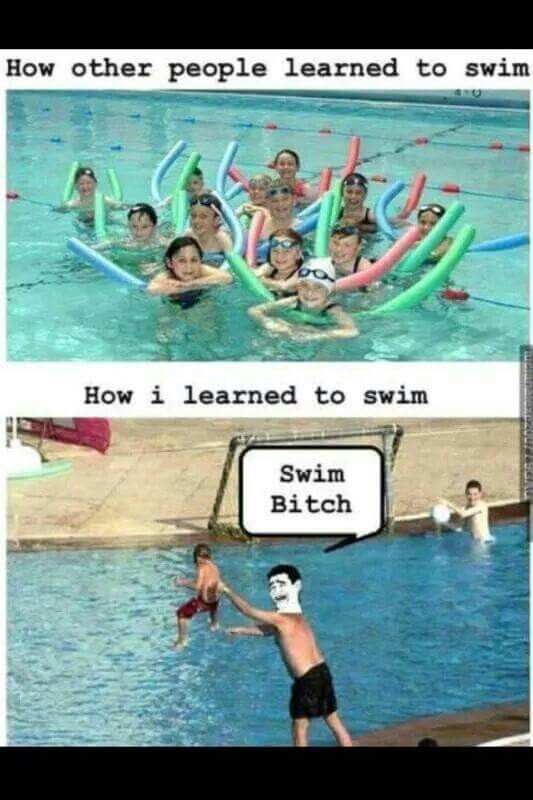 Yes I do, I literally felt the block in my solar plexus (I didn’t knew back then what was that lol) the moment it happened and it affected me in so many aspects in my life even today, years later And its a very hard one to break, I don’t know how I’ll come out of this.

Hahahaha! Too bad he’s not kicking the kid into the water, then itd be more accurate.

Think of the Shrek analogy… You’re an onion. You have layers. That’s how you’ll break through the blockage. One layer at a time.
Apparently silly things help chakras. Like yellow is the solar plexus color. So eating yellow natural foods helps it heal. I was like, BS, but I think it works if you think it will.
Try out guided meditation for chakra healing. Not all of them are annoying hippie sounding ones. Lol

Yeap, I’ll try and I hope I won’t laugh or get angry af! I’m not used to guided meditations but oh well…!

Next, this is a thing I’ve sent to several newcomers who have been in need of a basic chakras instruction. Everything here is written with my own style/interpretation so, for anyone who is new to this, certainly cross reference with other sources. CYCLING THE WHEELS Assume a comfortable position. This can be sitting, laying down, or even standing. Breathe slowly and deliberately, in through your nose and out through the mouth. Honestly, breathing in and out through either orifice works fine i…

For work with specific chakras, focus on those. Hopefully this is of some use to you.

Thank you, it is Indeed! A question: What if the chakras rotate in different motion? Or it doesn’t matter?

Some literature states that chakras moving in an anti clockwise direction are negative, but the reasoning behind that is the same as those that claim left handed people are evil. A small percentage of people just naturally move in an opposite direction to the majority.

In Taoism, there is an energy circuit known as the Microcosmic Orbit, that runs energy up the spine over the head and down the front of the body, but it also acknowledges that for some people, the circuit naturally runs up the body and down the spine.

One is not necessary good or bad.

Ok my question was phrased completely wrong, let me rephrase it… What if some chakras have different rotation from the others? (if that’s even possible) Lets say the root one is clockwise and the crown is counter

Then one is out of wack. They should all move in the same direction.

The solar plexus shockwave thing is not necessarily because of chakra’s, there are many more ingrained parts of a being that could cause that, but that’s for you to see for yourself.

As far as how many chakra’s there are and where they are and all that, early hinduism was extremely undecided about it, most didn’t even really bother mentioning chakra’s at all.

In the Hindu days the chakra’s were utilized as a way to contact and work with certain energies within themselves, putting them into specific places with specific colors and stuff helped to define them easier.

They’re still now what they were in the past, gateways to specific things.

As for “opening” and “healing” chakra’s, people very rarely actually have closed chakra’s since that would usually cause problems, the common concept of opening chakra’s are more just getting them to output the same amount of energy at a constant rate, which has its advantages and disadvantages.

Healing chakra’s is entirely possible, but I would recommend the mantra’s of the chakra’s themselves, RAM for the solar plexus, YAM for throat, HUM for heart iirc.

Its worth noting that in ancient hinduism, the chakra’s are developed naturally through practice instead of worked on individually.