Do any one here have any insight into Yezidi magick and mysticism?

…and yes Im starting to get sorry for making so many posts here on BALG, so many years I’ve been alone with no one like me and now I got a fucking ocean of people like me. Hope you forgive me spamming this forum

That’s what this is for

Very complex subject I thought about writing a grimoire about. This religion has influences from many sources especially Zoroastrianism and Islam. They beliieve God is Melek Taus who is the “peacock angel” that was created by Ahriman or Angra Mainyu according to Zoroastrian lore. This occured when Ahura Mazda challenged Ahriman by stating he was not able to create but only destroy… Ahriman replied by saying essentially “I can create beauty just as you. I just choose not too”.

How this Melek Taus came to be the God of the Yazidi is still unclear to me and I am looking further into it. I do know they are murdered and persecuted till this day by Muslim people as they are considered infidels. Some Yazidi do claim that Melek Taus is the Devil however my intuition tells me this view mainly developed to try and help avoid persecution and/or it is similar to our western gnostic concept of the demiurge dillema.

Regarding magick… it is a religion and so there is not much present. Philosophical ways of thought are strong which can be applied to life to create change as it also has ties to the Sufi tradition. I do know for a fact that very powerful magick can be found through the key of will which seeks to unlock the symbolism within the religion.

Always remember that the myth is the map.

Does Melek Taus have a place in the path of smoke? I know of Ahrimanic groups that include him in their practice.

Not at this point. An entire tome will likely be devoted to him. This current continues to expand with unmatched ferocity. So much more more has already been discovered and given to me by the emanations of Ahriman… the Mala of Angra Mainyu, the wrist mala of Sovar and the Sovar Lingam along with their sorcerous uses as well as practical uses within the context of devotion to ones becoming. Deconstruction of modern medicine to discover original herbal cures which works in conjunction with material in the first book which deals with awakening the sentient consciousness within plant matter. Specific uses for the Venom’s of the Black Sun which are fluid fetishes within the BMOA. The expansion of the presented list of said fluid fetishes within BMOA. More curses, more sorcery and deeper insight into the nature of the Divs and their uses. All of this on top of other projects I am laying the foundation for. Melek Taus is a whole different playing field.

And Fuck Church of Ahriman. They do not have shit on this current. They use Enochian because they are too frikkin lazy to do any real research. “The desecration of Mary”… Pfffft! What in the hell does that have to do with these ancient forces? How does John Dee’s work fit contextually? They say Ahriman is trapped in another dimension… That is not what lore says. Sorry… had to vent. Just because no one in the west is aware of the nature of this current people capitalize on their ignorance. This book will solve that as it will put their work to shame.

Lol you knew who I was talking about right away. Well, they are a cult after all. And they drink menstrual blood

Menstrual blood is an awesome sorcerous tool used upon the Path of Smoke for both alchemical and vampyric purposes. However you do not need to drink it. They are fucking retards. They actually threatened to sue recently. They know this work is about to stomp them out of existence.

And I hope your book does stomp them out, it’s about time. There has always been a weird feeling around them whenever I encountered them on the net.

Next time you encounter them tell them Pom Drakonis said to go and die.

You know in south ga, women have put menstral blood in the food they cook and serve it to their husband or boyfriend as way to have control over them. So, drinking some chic menstral blood if she knew what she was doing could put one in a mess. Not sure why anyone would want to drink it.
And before anyone asks nooo, I have never done that. If I have to take those measures to keep a man, then I am perfectly happy alone.

Also here in Sweden in old times witches put their menstrual blood in things to get them to do what they wanted.

Wonder if women swallowing men’s semen will give the man control over women? 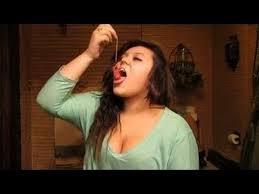 Over the lips past the gums look out stomach here it comes! Yay! Menstrual blood Yay…,. 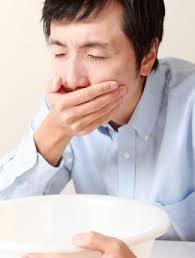 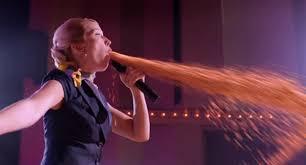 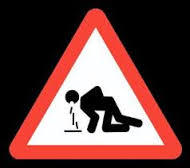 Wonder if women swallowing men’s semen will give the man control over women?

Actually, it’s the other way round - trust me on that one.

I used some menstrual blood on a candle wick back when I first got contacted by Ahriman, worked pretty well:

This is off EA's "Evocation Of Azi Dahaka" vid - he talks about how bodily substances like blood, hair, saliva, dishonour a flame, making it a portal for Ahriman - well, I don't buy that simple dualism (dark/evil versus good/nice) that those Persian guys went in for, though I do believe in an anti-life current that wants zero, nothing, decay, despair; but, meanwhile I'm planning to soak some candle-wicks in menstrual blood (NOT very lady-like, but I hope we can move past that!) and try them as p…

(Bear in mind guys that I wrote that before working closely with Ahriman, and that my experience was still relatively brief and I didn’t go as deeply and immersively as Kurtis has.)

The almighty Dastur made a video about you recently, I made sure to leave a nice little comment on it. The man is an asshole.

LMAO! Really? Yeah he actually threatened to sue because he knows this book will crush everything they seek to become. PM me a link to the video if you could.

Public slander is a crime.