Why do I keep postponing?

I was thinking of trying to contact Lucifer, I have the sigil ready but for some reason I keep postponing.

I was also wondering two things:

I have drawn the sigil, does it have to be 100% accurate? Mine is except for a point being a few ml off than it should be, I think it is no big deal but is it really?

No, it doesn’t have to be 100% accurate. Most of the sigils you see floating around nowadays look quite a bit different from what they looked like when they were first received by sorcerers of old.

Does Lucifer know whom is planning to contact him before they actually do?

Yes, your intent is formed on astral for all to see what you’re planning to do.

You’re probably postponing because it’s not your time to work with Lucifer yet. Usually, when a spirit wants to work/speak with you, you’ll feel a compulsion that you can’t repel to contact them.

I should point out that the sigil should be AS CLOSE to the original as you can make it. The more, the better. But it’s ok if it’s not perfect. Completely butchering the sigil might make it ineffective. 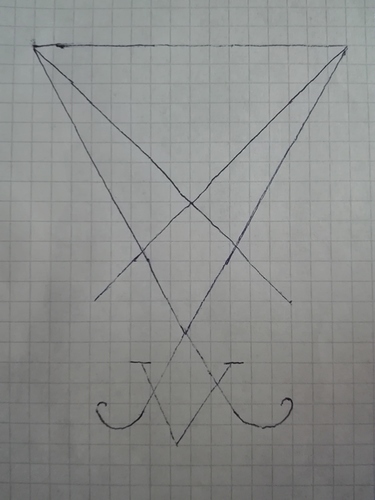 Is this close enough and would it work?

Yes, but may I ask why are you using Asia-Lucifer-Sigil? Why not use the main seal of Lucifer from that same book? Unless you found that on google?

I’d been sort of intending to work with Lucifer for quite some time. He eventually showed up at bedtime and told me that it was time to start my ascension. So I started working with him the next day.

He might turn up anyway if you keep dillying and dallying.

PS He is very nice.

I got it from here: https://forum.becomealivinggod.com/t/lucifer-all-you-need-to-know-if-you-want-to-start-working-with-him

Is it the wrong one? And if not, what difference does it make?

That sigil is particular to Lucifer in Asia. It is a very specific manifestation that might prove to be problematic. If you are European, I recommend Lucifer in Europe’s sigil which is: 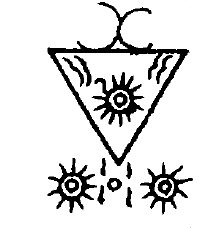 or the Prime Sigil: 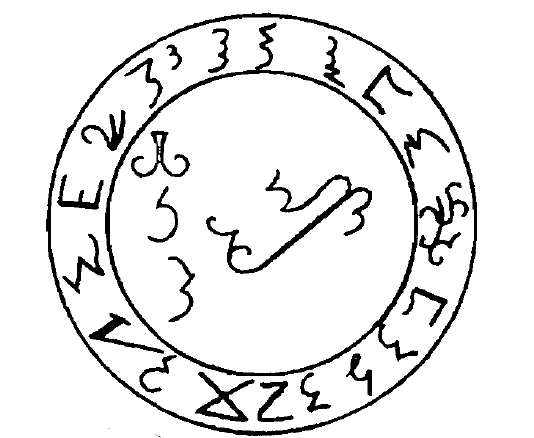 Here’s the reasoning why: If you are European, the Lucifer in Europe sigil would prove to be better as it will bring forth a manifestation closer to your ancestry and your overall makeup. You’ll connect to it better and you’ll resonate with it better.

Otherwise, the prime sigil of Lucifer (large circular one) should be better as it is universal.

But, ultimately, it’s up to you decide which of these sigils calls out to you. Experiment, see what tickles your fancy.

…and if you don’t feel like calling Lucifer (postponing and just being lazy about it) and no matter what, you can’t bring yourself to call him, don’t do it. That’s a clear message. 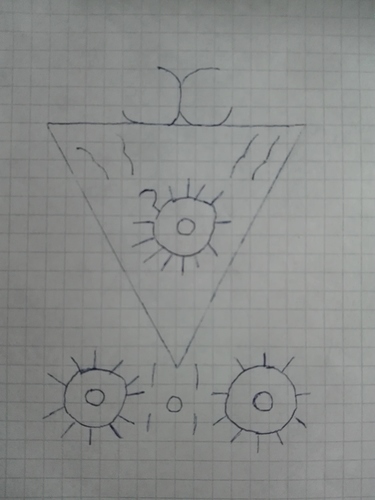 Is this close enough?

That’s a fine sigil you have drawn there.

And, no, it just means you shouldn’t work with him at this time. You might resonate with something else right now, though. It’s really important not to force these things.

Thanks for all the help!

No problem, and on a final note: there’s a difference between them letting you know not to bother them and just being lazy. If you feel this inexplicable laziness and no matter what you just can’t bring yourself to call the spirit, then that’s it. But if you’re naturally lazy and it feels like normal laziness then it’s just you. Vague, I know, but I really don’t know how to explain it. When the spirit is rejecting you’ll feel a compulsive laziness toward them. You’ll do everything in your power (unconsciously) to do something else and not call the spirit. It can also involve other people interrupting you constantly.

Using the sigil you found on the forum is fine. It is what most magicians use for Lucifer, including plenty of Europeans such as Asenath Mason. It is the most well known seal for Lucifer, and I have never heard of it referred to as the “Asian-Lucifer” sigil. It works perfectly well.

Very few use those found in the Grimorium Verum and I think it is ridiculous to claim that it is the “European” sigil. Many spirits have multiple seals, and it really comes down to using whichever one you are drawn to.

For example, there are a few spirits in the Goetia with more than one seal, and when I was doing the 72 Challenge, I let my intuition choose which one to work with. The one chosen tended to me more energetically active for me.

You’re postponing because it’s draining for you. You don’t really want to do it. The fact that you’re asking why you’re postponing tells me that you feel some kind of foreign pressure to do it, like you’re trying to meet an expectation that was set for you without your consent. (It might be rooted in something that goes way back.)

Deep down you know you shouldn’t be doing it because it’s too much work for you, and you secretly want someone else to do it for you, but are unwilling to give up enough control for that.

If you’re not doing this to meet some kind of survival need, you’ll probably postpone it indefinitely eventually.

You don’t need to make it so hard for yourself. Another reason for procrastinating is fear of failure. However in this case, Lucifer is one of those who always comes, whether you have opened your astral senses to sense him or not, he will be there, so don’t worry about that.

You don’t even need a sigil - Lucifer knows his name is probably waiting for you to get in touch.
Go with whichever one you personally feel drawn to using the most.

I got grimorum verum, after I already met Lucifer, and still use the ‘asian’ symbol. I do feel the sigils have different energy, but I haven’t opened the GV version to check who’s behind it yet. To a certain extent, most of us have such mixed dna and spirtual ancestry from all over I don’t really see the use in being territorial about it - unless the spirits were so, and this one isn’t.

What @Maulbeere said is right on. Intent matters a lot. And Father Lucifer is one of the easiest entities to work with. He always listens, he’s always there, whether you sense him or not. And he always has our best interests in view when interacting with us.

Go, and contact him! You can’t really go wrong; and chances are likely that if you do something wrong, he’ll correct you gently.

Things are there for a reason. It’s not just “superstitious” people making things up and the post-modern folk being so enlightened that they know better as opposed to those primitives. There is a reason why the sigils are differentiated.

The grimoires as you see them are a result of experimentation and politics.

No offense but if you haven’t even heard of these sigils how can you even claim that it’s ridiculous? Many people here don’t go beyond the Lemegeton (which is a nonsense text as was proven by many people even here on this forum) and look for other sigils on the internet. Either the internet or the books published by post-modern sorcerers.

I’m not saying that post-modern sorcerers are ALL wrong. I’m saying that it’s unfair to judge the work of older sorcerers when you nothing or very little about it.

Wait, there are multiple lucifers?
Or is there a single lucifer and he has avatars in Asia, Europe and so on with the sigils to contact them?