I guess some of you experienced possession already.
What does it feels like?
I heard that in a deeper state you don`t remember anything, but before it gets so far, did you feel that the possession starts at the beginning?
I mean, lets say one of your demonic friends want to possess you, do you feel the stages of the possession ?
Do you feel their body moving in your body?
Do you realize how you lose controll over your body?
How you lose more and more of your consciousness? 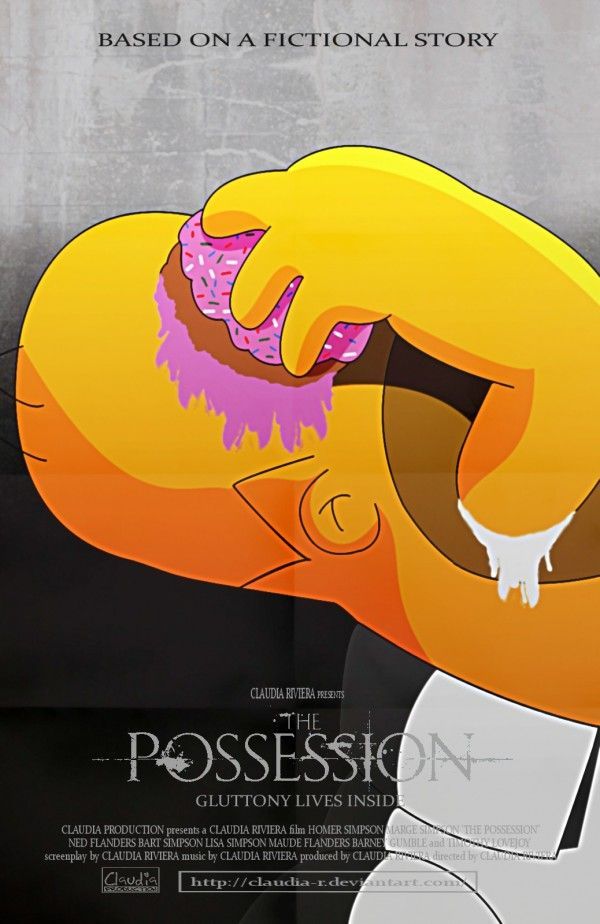 guess some of you experienced possession already.
What does it feels like?

I heard that in a deeper state you don`t remember anything, but before it gets so far, did you feel that the possession starts at the beginning?
I mean, lets say one of your demonic friends want to possess you, do you feel the stages of the possession ?

Do you feel their body moving in your body?

I guess you could call it that.

Do you realize how you lose controll over your body?

How you lose more and more of your consciousness?

No you don’t lose consciousness.

If you are asking about an unwanted malicious entity taking over your body I’m sure its not pleasing.

People do seem to lose control and consciousness of themselves.

Invocation is mild possession, you can see, hear and feel and have control over your body. You can choose to let the spirit move you if you want. You might have to work at letting it.

I’m too much of a control freak to allow possession, here’s an analogy I like, at least, that makes sense to me, and compares it to driving a car…

Apart from blackout, you’d probably be able to astral and/or soul travel from states where you’re not the driver.

Ahh i still learn to be possesed
I try to be possesed yesterday by king beelzebub
But as usual! King just control my hand and my chest
I will try again next time

You nailed it Maulbeere! It’s taken years of training, but I have gotten to the place where I can allow spirit possession and exist within my body, sometimes I float a bit outside myself but I’m anchored to my body. Last week I had to complete reading a 70-page document then do an exam on it within a few hours. I called on King Paimon to help me, I felt this great warmth fall over me like a cloak and was able to preternaturally read the 70 pages and complete the exam with a 100% score within 11 minutes. All hail King Paimon!
The only reason this is possible though is because I went through a long process of working with Kardecian spiritism (we have misas with spirit possession) and then my journey to and through Ocha with Orisha. Now all the grunt work I went through is paying off! It takes time, you’ve got to crawl before you can fly so to speak. Just practice then practice some more, everyday, find a group of other spirit workers to practice your tools. And finally, study–passion for what you’re doing…spirits of the dead or entities that were never human you can never fool…they know what’s in your heart and your head.

I’ve experienced some levels of possession, I’ve been possessed One Time by malicious entity that wanted me to kill myself, that was, shall we say, less than fun.

However, I have been possessed by King Baal once, it wasn’t an unpleasant feeling at all, as I felt him slide into my body, I felt an electric tingle from the left side of my body into the right side. Whatever he settled into my head and I started taking a backseat if you will Karma and he started speaking through me, it was a very pleasant deal, very calm.

" I called on King Paimon to help me, I felt this great warmth fall over me like a cloak and was able to preternaturally read the 70 pages and complete the exam with a 100% score within 11 minutes. All hail King Paimon!"

So general speaking, when you are working with a buddy demon, it feels ok and not painful or disturbing? Ok thank you all.

Personally, I feel more comfortable with demons than with dead people. Because demons are different than humans. Just because somebody is dead means that he/she is enlightened. They are still judgemental. Demons are more open I guess.

Becoming dead certainly does NOT make a human being enlightened if the person didn’t go out enlightened. That’s why there are unpleasant, destructive spirits of the dead and kind, helpful spirits of dead.
When you are working with a spirit of the dead who is in your own ‘quadrant’ one whom you have built a relationship with, or a demon that you have a buddy bond with then possession isn’t painful or disturbing. The difference is being a willing human participant. I’m sure being possessed when one doesn’t want to be is not at all pleasant.

Yeah if it’s a demon or whoever you like and have a working relationship with then it can feel quite good and fun. Just for S&G’s and because I have been working with him for a while I called to Asmodeus to play some Xbox games see who could get a better score on stuff like Call of Duty shooting range, and made a deal where if he won he could use my meat puppet body to drink some beer and such (I like certain liquors, not so much beers like he does).

Score wise he kicked my video game ass. Even with me using some extra caffeine after his turn. I had no choice but to concede victory to him, all Hail Asmoday! There will be a rematch eventually.

I had two experiences both were fairly different but both were pretty scary.

Apart from blackout, you’d probably be able to astral and/or soul travel from states where you’re not the driver.

What if you have no experience with projection?

I’m not sure, to be honest. It’s only a guess that you could.

I will add, I experienced possession recently by an alternate incarnation of myself, and it wasn’t as described above at all - it felt like the ‘I’ am now, ‘Maulbeere’ was the invoked being, and my consciousness flipped energy and personality to the other being and it became ‘I’.

In this case ‘I’ had no control over Maulbeere except from not allowing it to take front again. Fortunately this was an entity that was accessing Maulbeere’s memories and acting in her stead deliberately, if not terribly well. It allowed memory retention of it’s period of control, and I recall it wasn’t able to maintain subtle social norms, while being aware it was not doing so, not sure what to do but not really caring about it. It kept two appointments but seemed to disturb the people it talked to until it let me take front again.

It’s hard to explain, the personality and mind were different things residing in different places in the body temporarily.

I will add, I experienced possession recently by an alternate incarnation of myself,

Could it be permanent

Maybe. It depends on the entity and it’s motivations.

In my case, this being rather dislikes humanity and earth, and is the source of my same dislike, although I experience it through a human lens and try to add emotions and human-logic reasons I now realise it just doesn’t feel. It wanted to be in my body in an incarnate capacity as little as possible to do the necessary.

I have since absorbed it and my higher self, and become a triumvir (i.e. a triple being, like The Morrigan, or other triple entities) and I am the higher self, demon (aspect of the higher self) and egregore (the human bit). I can now bring it’s energy in and speak as the entity without having to be possessed. So that sort of melding is possible as well.

If you are asking about an unwanted malicious entity taking over your body I’m sure its not pleasing.

I’ve been there and it’s definitely not pleasant.

For those of you who are curious, I won’t answer questions about it. Thanks for understanding.

Hmm… some interesting conversations going on I here… like cheating an exam! You sir or miss have not only cheated the exam but also cheated yourself! You haven’t… I don’t really care!… memes and stuff!…

Anyway disregarding the above mess of words!
I have indeed been possessed by malicious entities! In fact it happens so often I find it difficult to believe that other psychic’s don’t also commonly go through it! Anyway to skip to the end! The worst case scenario’s of these possessions… that I can recall… was when I had no control over my body to the point I’ve slapped myself I’ve thrown up large amounts of spit onto my floor, I’ve been forced down onto the same floor unable to get up!… I’ve been slowly pulled into oncoming traffic!… I’ve been walked around various areas!…. A whole mess of things! They are nasty! It’s like you know you can move if you want to! But you have no will to move! Like you go to move and it tells you through psychic thoughts not to! It’s weird! It’s like they control not your conscious mind but your sub-conscious mind!… anyway if any of you are gonna say to ask me to ask the gods for help… just stop!… I don’t accept their help!… I don’t like them! Either way the point is… don’t get possessed by malicious entities…. It even for curiosity… for pride sakes maybe… but not for curiosity… they will take more then your are ever willing to give!