Hi Everyone, I am a dedicated LHP Practitioner and have been for many years now. I have had much success with Infernal Magick and the current state of my life reflects that as most things in my life are in order and going extremely well. Around December of 2020 I had the opportunity to enter a raffle to win a free magickal painting (Portal) of Odin that was channeled by a skilled magician. Lone and behold I won that raffle and took that as a sign of Odin directly calling on me to work with him.…

Foundation Books for Everybody General Discussion

Hey, forummates! I was looking through some books on Amazon, trying to expand my library, and I got to thinking - which books would you guys recommend as a Must Read for any practitioner? No matter their path and where they stand in terms of “Light and Dark”, “Left and Right”, and all that jazz - just basic, good foundation building reads. I’m not only asking for myself, I think this would be a kool discussion for new, and seasoned practitioners alike, to come to, and find books they might hav…

While I don’t agree with everything that is said in it, I did feel the author did a nice job in trying to put a pagan face on Golden Dawn rituals, with some historical records to back some of it up. I can’t speak to the effectiveness of the methods yet, but some of those Deities I work with have suggested I go through the 7 month process.

I will say that although there are a significant number of references of both historical and Occult books, I, personally, don’t know how much of the work is the author’s gnosis or historical “record”. He does sometimes state when it is his, but only someone with knowledge of the other works would know which is which in a lot of cases.

I DO suggest reading it. For $20, you get ~400 pages of material. I plan on starting (my version of) it soon, with few modifications. It seems to usable for anyone that has experience with ritual work, but not necessarily any in Ceremonial Magick.

Books for working with the four 4 elemental kings

What is the best book for working with the 4 elemental kings? Spirits, Evocation & Possession

I have heard of a book that people to use to work with them but I don’t know what’s it called. I suspect there’s probably more then one out there. Can anyone help me out?

Books for getting started working with angels

I want to start angel magic. Can you recommend books with elaborate angel lists and effective methods .

Chapter 6 Some good reading material you should consider. Here’s a brief list of books most of them I read in my early 20s. This list is by no means complete there are plenty of good books I probably forgot to add to the list or never read. I’m providing this to you because I think the knowledge contained there helps promote a solid magickal practice. Initiation into hermetics (by far one of the best) Sacred magick of the angels 3 books of occult philosophy The heptameron Creative visua…

All about channeling in Spirit Relations by Bill Duvendack

Questions about channeling. How do I identify when is real and when is scam? General Discussion

With channelling, what you generally get are the words of the spirit filtered, coloured, and interpreted by the mind of the channel. One of the most difficult things for a channel to do is to get their own minds completely out of the way, and resist the urge to interpret what the spirit is saying, rather than simply relaying it. Before you purchase a channelling from someone, I recommend picking up a copy of Spirit Relations by Bill Duvendack. The book gives a great breakdown of what exactly …

This might possibly be a thread already, but i havent seen it. I feel slightly immobilized because many of the amazing books are on the pricey end, and I’m currently trying to minimize my credit card spending. Would love to know what books everyone suggests. I have a bunch in my top reading list. Some include: Nightside of Eden, S. Connolly’s other works, Liber Null and Psychonaut by leter carroll, Liber Kaos, The book of forbidden knowledge, The Master Book of Herbalism by Paul Beyerl, all by J…

What are Jinn? Is this simply an Arabic word for spiri? Or a different class General Discussion

For an excellent introduction to jinn, I recommend the book, Jinn Magick by Baal Kadmon.

Practical Jinn Magick: Rituals to Unleash the Powers of The Fire Spirits (Magick...

Practical Jinn Magick: Rituals to Unleash the Powers of The Fire Spirits (Magick of Darkness and Light) - Kindle edition by Hargrove, Corwin. Download it once and read it on your Kindle device, PC, phones or tablets. Use features like bookmarks, note...

Foundational book as the first of it’s kind to bring together, compare and survey the different parts of western occult practices at the time.

There are two books out there called “The Book of Ceremonial Magick” that each have two of the four parts. This one has all four. 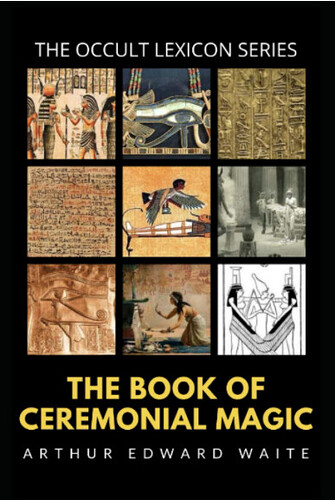 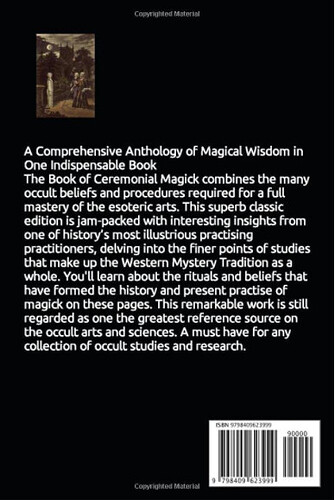 I have this one… Which doesn’t include the info about the grimoires in this one, for example.

I just discovered this by way of an occult literature video by styxhexenhammer on Bitchute.

I am really curious as of recently into herbal magic and oils and of such and i want to use them into my magic in general. And before i delve head to foot deep into it. I wanted your suggestions where it would be good to start or books that are really just expert/masterfull in this type of think and practices. With friendly regards Your Serpentine think~

Books on Necromancy and working with the dead

1 Like
Please give me names of the best books about death magic and the underworld
Introduction
Fallen_Human May 23, 2022, 9:23pm #17

[The Sorcerer’s Secrets: Strategies in Practical Magick]
[Summoning spirits]
[Evoking eternity]
[Words of power]
[The Complete Book of Demonolatry]
[Planetary Magick: Invoking and Directing the Powers of the Planets (The Magical Philosophy, 4)]
[MAGICK IN THEORY AND PRACTICE]
[Practical qabalah magic]

(For a starter read here is some: I wrote the names of these books in the order you should read them - starting at the top). One more note: Some of these books are from different tradition and I gave you those so you can learn from them and then decided what works best for you

Books for learning the runes:

Hey BALG, So I want to give a basic rundown of what I have found so far by working with the runes, for all those who are interested. First my background with the runes: Some of my first Spellcrafting was runic magic, well that and candle spells. I found a video on YouTube by a man named Kadrich Olsen who detailed a rune mantra that would help one overcome adversity and promote a flow of good energy. I have only begun to look really deep into the runes in January of this year. What I have le…

My all time favourite is The Root of Chinese Qigong by Jwing Ming Yang. If you could only get one book this one has everything and is also a good reference work. It also has the Chinese characters in it for the terms for further research.

After that anything by Mantak Chia, who takes the opposite approach and has dozens of short books breaking the subject up into given tools and small areas, which is cool when you have the foundation and/or are looking for a specific technique.
Particularly these fundamentals which are also the Taoist approach to having good Spiritual Hygiene, there is no “shadow work” called out separately, it’s all you:
Awaken Healing Energy Through The Tao
Fusion of the Five Elements: Meditations for Transforming Negative Emotions
The Inner Smile: Increasing Chi through the Cultivation of Joy
The Six Healing Sounds: Taoist Techniques for Balancing Chi
Important for occultists, after getting cleansed and balanced, we want to increase our energy for magickal work beyond just being healthy, open our clairsenses more and become more sensitive, more empowered and more wise, start here:
The Taoist Soul Body: Harnessing the Power of Kan and Li
The Practice of Greater Kan and Li: Techniques for Creating the Immortal Self
Sealing of the Five Senses: Advanced Practices for Becoming a Taoist Immortal

Alternative lists of entities to work with other than the Goetia

For list of more non pagan entities, those discovered by western occultists, those show up in grimoires medieval to modern. Some of those grimoires will have overlaps, but some don’t.

A couple of popular ones I know about because I worked with them are (no special order):

The Pandemonium: A Discordant Concordance of Diverse Spirit Catalogues by Jake Stratton Kent is a wonderul reference.

There’s also an online catalog here which lists most named demons and which grimoire they’re from, and vice versa lists grimoires and timelines and dependencies (losts of grimoires included rewrites of old ones: nobody cared about authors names and copyright in the middle ages). List of Grimoires

Book Recommendation for those interested in Hindu Mantras General Discussion

There is a Music thread on BALG and I was wondering if some might be interested in starting a Book Discussion thread that covers all aspects of the Occult that you found enlightening, life changing or a book that you’ve worked with that has reaped results. Below please find a book on Mantras that I found in India years ago. I have worked with some of the Mantras found in this book and can say that the gods deliver quickly. The VedicBooks.net has this book and Amazon has one Used copy on sa…

Shameless plug for my boi Corwin cause he’s changed the game for me:

Additional discussion threads for this book:

I decided to use the book Goetia Pathworking by Corwin Hargrove, to continue my Goetia challenge and to train myself with visualisation. However, I have a question. I’m not so good at imagining an odor, is it a big deal ? Thanks in advance

Has anyone used this book before? What have your experiences been? I have used it once before and had some success with it. It has so many bad reviews on amazon at least when I bought it. Personally I don’t understand where all the hate is coming from.

Books on the Gold Dawn’s methods of magickal working

Can you recommend any good free videos or affordable kindle books on Egyptian magick? General Discussion