I’m really interested in pushing towards a fix for the obesity problem and that includes ruthlessly rooting out fake news and flawed concepts, especially ones that solve nothing, and send bigger people into spirals of shame and despair.

Although my own BMI is in the healthy range, I had “issues” with food and dieting in the past that could easily have gone either way, and I have friends who are really big who are fighting a losing battle with conventional advice which is completely flawed.

The documentary below exposes the “eat less, move more” concept aka CICO - calories in, calories out - as the total and utter BULLSHIT it is - yes, people who are starved will eventually lose weight, no-one gets fat in a genuine famine, BUT the metabolic differences are staggering and for people who have something to do than other lie around starving, those differences are enough to derail diet outcomes and the myth of “3500 calories a pound” by which doctors, nutritionists, and other experts evaluate their ability to follow simple instructions…

Watch at your peril to see one of the 20th century’s biggest lies fall apart: 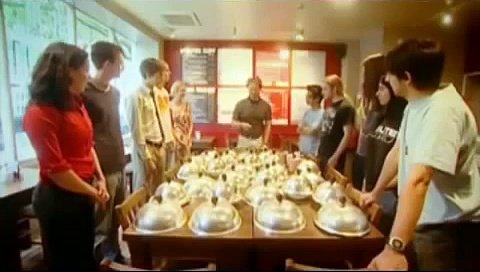 Why Are Thin People Not Fat?

The world is affected by an obesity epidemic, but why is it that not everyone is succumbing? Medical science has been obsessed with this subject and is...

Relevance to magick? Metabolism is an area where energy work, visualisation, and DNA alteration/activation can have a profound impact, statistically many people reading this will be both overweight and wishing not to be, and this gives a key to start working with - it will also hopefully counter any guilt derived from puritanical bullshit about greed, and that in itself IMO is enough of a reason to share this information, food and weight are NOT moral issues.

If you’ve ever calculated how much weight you’ll lose by cutting out a certain number of calories a day, you know the most famous equation in dieting: 1 pound of fat = 3,500 calories. Too bad that equation is wrong.

Do You Really Lose a Pound of Fat for Every 3,500 Calories You Burn?

When it comes to weight loss, math can't solve every problem.

Obviously anyone using this as a reason to shovel more starchy beige food into their mouths is a fool only to themselves, but still, the myths are as much deadly dogma as anything found in religion, and the death toll and cost to both state and private healthcare systems is horrendous.

(Tempted to go off on a rant about home-cooked food versus convenience and takeaways, but meh, try this site for some bias-free science-backed info instead: https://www.marksdailyapple.com/blog/)

Wow, you watched that documentary in record time, any chance I can borrow your time machine pls?

I don’t need to, I have this magical power called first hand knowledge.

I don’t need to, I have this magical power called first hand knowledge.

n=1 experiment, in other words.

Well that and the fact that I have seen other people do the same thing and get similar results.

The whole point of the documentary I posted is that there is a VAST difference between the rates at which bodies process calories, even within a fairly small group.

Having some copncept of what to do when basic first-aid type solutions fail is important, this problem is not fixing itself as far as I can see.

“I’m all right jack” is not really a helpful reply…

Yeah, freedom of choice is a problem for sure…

Yeah, freedom of choice is a problem for sure…

“Want to lose weight? Meat is evil, avoid fat like the plague and eat lots of starches.” - 80’s

“Want to lose weight? impossible, here have this surgery that will fail later for large numbers of people, and meanwhile have expensive meds” - now.

Flawed ADVICE is being given and flawed TARGETS based on “a 3500 calorie deficit will always result in 1lb lost body fat.” The notion people are freely choosing to die young after suffering serious illnesses for years is ridiculous for LARGE numbers of people.

The existing advice is clearly not working, it’s as simple as that, and part of that will be because of the emphasis on losing around 2lbs a week via a 7000 calorie deficit, yet ZERO emphasis, still, on macros from the mainstream, and no recognition of the things found within that documentary!

The notion people are freely choosing to die young after suffering serious illnesses for years is ridiculous for LARGE numbers of people.

I found that using fat for fuel instead of carbs actually caused me to lose weight. I didn’t exercise any more than normal and I sure as hell wasn’t counting calories. I’ve posted this video before but I don’t recall where. In any case it’s relevant.

Those are both addictive substances. Food creates addiction-like responses in some people, especially foods high in sugar, but no animal study has ever shown tobacco and alcohol to NOT be addicting when used regularly. Humans vary only in how much we can use them before “want to enjoy” becomes “need it to stop feeling this bad.”

Once you pass that line, addiction works you against yourself, what Rational Recovery calls “the addictive voice” - the more willpower you have, the more the addiction has, the smarter you are, the better your rationalisations to keep on using - people need a little something that surpasses that, be it RR or the 12 steps (which I can’t personally handle, but they work for some) or whatever else.

But this is off-topic to the findings of the documentary I posted.

Well since we are off topic I may as well join the fun. You never have to fight addiction alone if you have a strong spiritual life. Christians talk about “giving it to Jesus” - readers of this forum know dozens of entities whose help they can enlist and that really works. That includes eating and exercise and you-name-it.

Eh, eating less carbs and sugar is another way to lose weight, you can replace with high quality fat and moderate protein and eat dark choclate which is low in sugar and you will lose weight and don’t have to move around more either, lol.

Here’s some on-topic regarding visualisation to increase muscle (which burns calories at a higher rate than body fat): 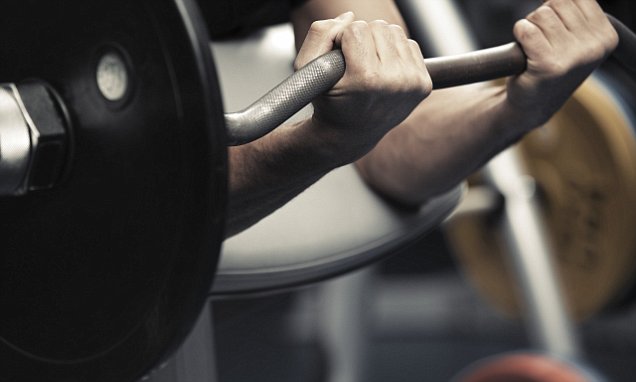 A new research study by Ohio University suggests that just thinking of exercising can make you stronger, tone your muscles, and delay muscle atrophy.

Or hunting your foes in the spirit world, Hunger Games-style, with a longbow, leaping rivers and climbing trees, then viciously rending them apart and dancing in their flayed skin around a victory fire.

While they may sound totally disgusting, fecal transplants are emerging as a promising treatment for a variety of gastrointestinal diseases, in particular

Or y’know just eat your state-approved 11 portions of heart-healthy grains a day with some lovely soybean oils, avoid FAT, and do some aerobics, that’ll fucking fix everything, it really has so far!

I didn’t watch the videos to this yet, but I wanted to comment.

I’ve started intermittent fasting I don’t eat 16 hrs a day and annihilate the other 8 hours.

I eat till I’m full in that period some healthy and some junk. I’ve lost 15 lbs, I can wake up earlier, and more energized.

Anywho I do intend to apply visualisation to Abs ripping.

Laxatives and Marlboro’s. Shit and smoke your way to a slimmer trimmer you.

Want to lose weight? impossible, here have this surgery that will fail later for large numbers of people, and meanwhile have expensive meds” - now.

That is so accurate. It is exactly what a lot of people I know have had their Doctors tell them. Litterally told them that they wouldn’t be able to change their habits so don’t even try, just take these pills for the rest of your life.