I wanted to be able to use something other than terms of endearment (especially when he first came) but didn’t want to pick something he wouldn’t like.

That was my sentiment exactly. I can only call a lover a pet name so much, that you begin to have doubts as to the intentions of the spirit if it won’t willingly share it’s name.

Of course upon further research I discovered the reason for their reluctance- names have power.

In our society, it’s little more than a way to self indentify.
In theirs, there is much more to it than that. I hear knowing a spirits name gives you some degree of power or control over the spirit.

They keep their names secret because some malevolent individuals would foolishly try to dominate them, but I believe the universe has a way of punishing these malicious individuals.

All my intentions with magic are pure of heart. I want to learn of creation and how to heal, and the only baneful magick I’d be interested in learning would be purely for defense. I have to remember to bite my tongue when I see certain subjects on this site, because everyone is free to pursue magick as they desire, but I’m a firm believer in Karma.

Well I disagree on some points, but we are allowed our own opinions and I can’t see any reason to try to change your mind, because frankly, it’s not going to hurt anything and it’s not a bad way to live. You’ll strive to do your best and that will make you a better person. I view Karma in the older sense of the word from long before it equated do bad get bad, to every action has a consequence. Consequence alone is not a negative word. It just means to me that every action has a reaction of some sort. To each their own

Then I’m also one who would prefer to heal and help rather than harm, but back me into a corner or piss me off enough and I’m one crazy bitch lmao.

I think names can have power to an extent, when you get to the point of soul names, but I’m not sure how much either or how much the spirits power matters too, because we at least have names that spirits respond to for things like demons and angels, and they probably aren’t their original names, but they are common enough to get major results and for us to all be able to summon the same being so… Idk I don’t share my soul’s name with many, because it’s more intimate to me, it’s the sum of all my lifetimes, but you can connect to me with my screen name alone, if you wanted to use magic against me right here right now.

So yes and no to that one. I’m able to channel energy from the person behind a screen name to give accurate readings, so you can connect without a real name, or photo or anything. The more you have the easier it is to connect though- for me.

Well I disagree on some points, but we are allowed our own opinions and I can’t see any reason to try to change your mind, because frankly, it’s not going to hurt anything and it’s not a bad way to live.

My opinion is an unpopular one for sure, but that makes it all the better to me. But I don’t strive to be good for the sake of not being punished, I get pleasure off making others happy. I’m far from self righteous either, just like everyone else I have a dark side and I can be prone to wickedness.

but back me into a corner or piss me off enough and I’m one crazy bitch lmao.

Care to give me a reading? If you have the time of course. Perhaps we could move this to a message, since we’re the only ones talking in here

Care to give me a reading? If you have the time of course

Perhaps tonight after I’ve my daily ritual work. I’m actually headed to nap because I’ve received some upsetting news and well fck this life and this day

I’m sure after I’ve slept some I’ll have a different attitude. You’re welcome to pm me in the meantime though.

One of the most important things to do to develop any kind of spirit relationship is this:

Confirmation bias is the tendency to search for, interpret, favor, and recall information in a way that confirms or supports one's prior beliefs or values. People tend to unconsciously select information that supports their views, but ignoring non-supportive information. People also tend to interpret ambiguous evidence as supporting their existing position. The effect is strongest for desired outcomes, for emotionally charged issues, and for deeply entrenched beliefs. Confirmation bias is a bro...

The developing stage was, at least for me, ladder based with a snowball effect. It started with this:

I affirmed her caressing my hair, encouraging her to continue and welcomed her to my world and to something I’ve been longing for deep within my heart.

A few days of her learning the physiology of me, she digged deeper and deeper into my nervous system, cementing the connection between the two of us. I acknowledged this experience and she let me physically feel the changes that occurred, and by doing so, she also let me know that her intentions were benevolent and maybe even some secrets revealed of how they operate to connect with us.

Our nervous system is complicated… 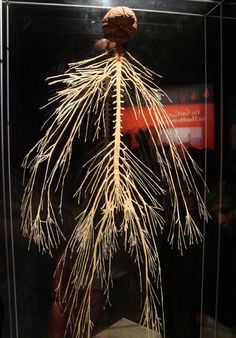 …so it takes a lot of knowledge and skill for a spirit to make herself physically available for us.

Greetings succupedia, always a pleasure to hear your take on something.

I read the entry on confirmation bias but I’m a little confused on what this means concerning spiritual relationships.

The definitions I’m reading all seem to be about proving or disproving information you feel inclined to agree or disagree with, could you further elaborate what you mean by confirmation bias in this particular context?

I could be wrong, but I think he’s pointing us towards noticing the subtler sensations and instead of dismissing them because the human mind looks for mundane answers, recognizing they are indeed the ubi’s touch.

A good example is me thinking a bug was biting me for something like 3/4 hour the first night I had mine, I assumed it was something it was not, because I’d never experienced the sensation of a spirit feeling like it was biting me. (it’s literally biting me, I asked for a demonstration the first time I projected to him lol I’m not sure how he can do it in several places at once, or quickly in different places, but I accept that he does and my mind just doesn’t comprehend the mechanics.)

I think he is saying you could be dismissing signs she’s there without realizing it.

Well I just broke down her name using the table provided in the book and various esoteric interpretations found on the web, and I’m ecstatic to say the shoe definitely fits and it’s time to stop obsessing over her identity because I believe I have the answers I so desperately sought.

Technically speaking, and based on my experience with my ubi, you don’t actually need to be naked. The op isn’t as active as some of though, so it could be a wait for him to answer about his experience with that but… Maybe @Mind_Seeker20 can weigh in and let us know if he finds nakedness to be conducive/aid in the process, while ya wait on the op’s experiences.

Man im trying. Everything dude lol that I hear yo

Imean for four yrs ive been trying lol everything to get her to open up and shit lol phyiscal…but now that I tell me of all the shit they have to do or study about us I feel bad .

Look into Clairsentience. Energy work basically. Robert Bruce has an excellent book on it called Energy Work the Secrets of Healing and Spirituality. You can also google it or… I wrote a short reply about how to get started to someone on here, it’s pretty much the same as Robert Bruce’s tactile imaging, but I didn’t know that when I first started doing energy work. I found his books later when I was trying to learn to project out of my body.

Clairsentience is what allows you to feel spirits and energy. The other claires are for sight, hearing, smell and taste and things like that. Robert Bruce also has other techniques that supposedly make it faster, but this one has helped most people start noticing energy that I’ve known, that have tried it.

So here is where I would start, I imagine that while you can’t see a paint brush, but Robert Bruce uses it as an example, and I since I think that is one most people can imagine, especially if they can see it, but even if they can’t I’ve been using that to explain this. Basically you lay down, and Imagine that there is an invisible hand and an invisible paint brush hanging over top of you. You don’t need to see, just to pretend that its there. As you lay there, pretend that someone is using that paint brush against your skin, brushing up and down, back forth across you. I like to start right where Robert Bruce does, with the bottoms of your feet and working all the way up your body, not forgetting the top of your head, your arms, or your hands. If you can commit to doing this 10-15 minutes a day, within a few weeks, you should notice that you feel warm, wherever you are imagine this happening. This is what energy feels like, or rather your energy. You’re basically stroking your own energy. From there you can learn how to move and manipulate that, how to draw in energy from other sources, and how to push it out, onto other things.

I really don’t like touching myself in anyway or form

You don’t need to. You just need to imagine it, that helps you learn to feel energy, when you imagine the paintbrush brushing over your skin.

Learning to work with energy/clairsentience is the number one thing you can do to feel the ubi.

I mean, is the question just on nakedness? I found blankets/sheets actually are a great conduit…but nakedness seems to help too…

Ik but …is there any other way than this possibly?? I still just feel odd . I’m sorry