Recently I did a spell for money with Runic Magick that went extremely well.

This spell brought me some unplanned funds I was not expecting.

These are the Runes I used -

What you do next is draw the Fehu Rune on top of the lid of the black box. 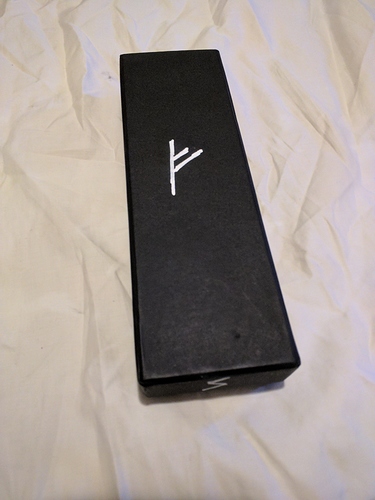 Next, you want to draw the Sowilo Runes one the sides of the lid. 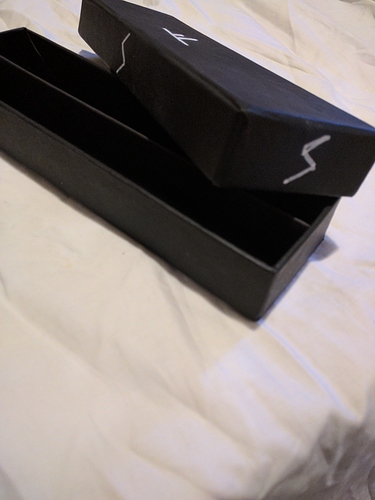 After you have constructed the box put your choice of bill inside the box and never use it until the spell is done, I personally use a $100 bill.

The idea behind this is to use money itself as a talisman.

You then want to chant the runes Starting with the one “Fehu” and then the four “Sowilo.”

While chanting the names stare at the runes like you would a sigil until they flash, envisioning what you want to come to you and from where, focus your Willpower on the objective.

The longer you can do this the more energy for the spell you release.

From this spell I gained $480 of funds from a place I wasn’t expecting.

Some advice with money magick -

Hope you enjoyed this little spell, let me know if you have any results from it.

Good luck getting that money.

Im doing this. Maybe let you know my results from your spell design

Been doing rune magick myself.

Thank you,
i added the Runes you suggested to my Money Oil.

Any good rune books for beginners? I would like to start. Also is that an allFather rune?

Also is that an allFather rune?

No those are the Elder Futhark Runes “Fehu” and “Sowilo.”

Any good rune books for beginners?

Truly one of the best spells I’ve seen online in a long time! I do a similar ritual also with fehu and sowilo (high five) but you gave me some ideas how to tweak what I already have and make it better or just try yours next time

Fehu is what a lot of people start with. I went against the grain and started with eiwaz to help empower my kundalini and balance my chakras. Shortly after gebo and tiwaz started popping up telling me what i must let go in order to gain whatbi desire.

So id start with fehu. Just ask it what it has to teach. Gebo and tiwaz will change your life and teach you self sacrifice. Tiwaz also teaches you to be careful who you trust and where that trust is placed. Gebo will teach you that nothing is permanent and to let go of what no longer serves you.

Gebo will also draw suitors to you. Thats a plus

My my, this topic is intriguing. Has anyone had results from their attempts to copy?

Did you use Sowilo because it channels the power of the sun?

ok so i got some of it right. I have ben trying to wrap my brain around this. ok, so why Mercury i still cant figure that out.

Mercury is the “Messenger of the gods” as well as god of merchants, and because this spell has to do with money it only make sense to align it with the god in charge.

Let wealth flow to you like quick silver and amalgam with that of Gold from the Sun.

oh, ok all i could remember was that Mercury had influence over travel and communication. do you know of a good planetary correspondences books or site.

He is the god of financial gain, commerce, eloquence, messages, communication including divination, travelers, boundaries, luck, trickery and thieves; he also serves as the guide of souls to the underworld.

Hello to all friends, I have one question and it is very important to me.

I need a sigil, rune or anything that can help me to make sale better contract and for marketing, and I need fast. It is very important for me to develop this kind of business to help and support my family. I have a lot of financial problems, I have lost my father, nephew and grandmother in a few days interval and I have a lot of problems. I try to sell marketing contracts but with little success.

Any help is appreciate.

Thank you in advance my dear friends.

If I dont have access to the tree that is good for the money runes, what can I use instead to paint my runes on?