Racist ass you tubers and their pos opinions

So I was on yt this morning just browsing and a video popped up from a woman who I used to watch frequently a year ago.

Tbh I stopped watching her a few months ago because her attitude seemed to get nasty like instead of doing educational videos she would beef with people in the comments and then make videos of her “binding” them.

So anyway I hadn’t been liking her videos and today she made one saying that anyone who isn’t black can’t practice African traditions because it’s stealing blah blah blah. I’ve heard/read this several times and I 100% understand the reasoning behind it but I’m sorry I don’t believe it holds up anymore.

#1. Of this is the case then why does the spirits still speak to all different races and work with them?? Why don’t Hindu spirits just help people from India and Odin only help Europeans??

#2. I am half Mexican and Bosnian . Was adopted by checoslavakian and Cajun parents and raised in ALL black neighborhoods . When I was older I lived in Central America 2 years and the Caribbean 2 years. My partner is Mexican and currently for the past 10 years have lived in a Hispanic neighborhood in a major us city.

But because my ancestors aren’t from Africa I should deny the spirits who have reached out to me through dreams, divination, confirmation from others , etc and turn away from this to practice Wicca?? Lmao that’s fucking ridiculous and I call b.s.

The spirits still work with people of every background .

And no one can contest that shit.

The spirits still work with people of every background .

And no one can contest that shit.

That’s all it is, racism.

When spirits look at you, they see the Godhead manifest into a physical body.

They do not see an asian man, african man, white man, etc.

They call you the N word or some shit?

And yes one did call me a Nigger

A quick banishing took care of that XD 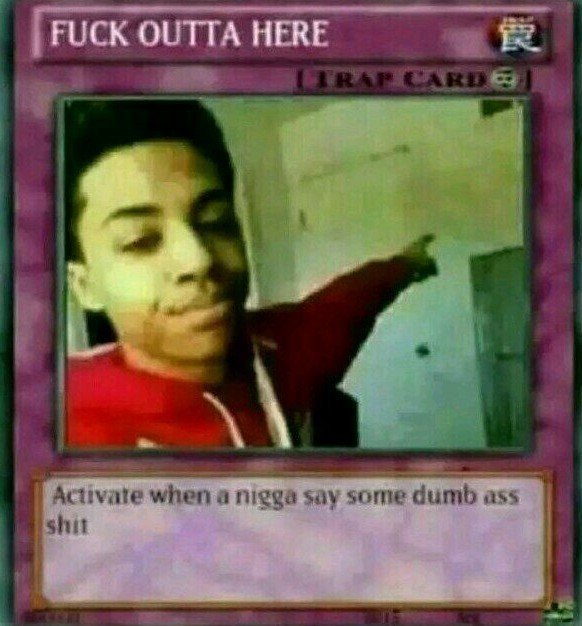 I completely agree @Gitana7
I just don’t understand how people can “speak for the Spirits” so inaccurately. They speak for themselves and usually oppose this attitude.

That attitude tries to keep culture and spirituality fixed and stagnant. A quick look at a history book will show them that spirits move across ethnic groups and cultures. Cultures and Religion are fluid and evolving things mixing with eachother all the time.

Get over yaself folks

A related problem that I see is denying the ethnic origins of a Spiritual Paradigm. " The Gods Have No Race" type thing. I take issue with that. We should respect their racial ties as an aspect of who and what they are. Part of their story. Hathor is an Egyptian Goddess. Don’t have to be Egyptian descent to venerate her, but respect those ties as part of her Being. That’s just how I feel about the issue of Race and Religion.

So if she’s African and feels that everyone should stay on their lanes then why the Asian things? Lol

So if she’s African and feels that everyone should stay on their lanes then why the Asian things? Lol

Bet she had Celtic style hair braids to.

Lol, I think a lot of it comes from a desire to have racial pride, specially amongst many black folks. Remember once seeing a YouTube video where it was saying that the richest person in the world was some African businessman or king! And the comment section was filled with black folks saying how great their race was also compared to the others. As if they finally got something to be proud of!!!

Even in the last few decades Indians were desperately seeking acknowledgment of white folks to feel good about their religion/spirituality, that’s how yoga came back to India, with pizza effect.

That’s why racism by different groups isn’t a same thing.

Anyway, knowledge is bound to come out in the open in this information age, slowly but surely. So doesn’t matter what some idiot thinks. But have to acknowledge that working with the pantheon of the ancestors gives a big advantage to begin with.

I frequently turn off YT channels - when a video from a channel you don’t want to see displays to the right, you can click the three dots to say you’re not interested in it.
From there, you get a “tell us why?” option, which will give you an “I’m not interested in the channel” link, and you will never see its videos recommended again (for that login).

Cultural appropriation is the dumbest concept I’ve ever heard of. By wearing clothes or venerating the gods of a different culture or ethnicity, you’re not stealing or disrespecting; you’re celebrating it. You’re saying hey India, I honor your gods and your culture, because it speaks to me in ways that my own culture does not.
Besides, who in 2018 can say that they’re 100% English, or 100% German? I took the ancestry DNA test and I’m a melting pot of cultures and ethnicity. I had no idea there were trace amounts of Mexican and African in my DNA. I’m largely British, Irish, and Eastern European. But there are ancestors in my lineage from everywhere. As our race evolves (the human race), ethnicity will likely become less and less distinguishable over 1000s more years. We share culture. We eat each other’s food, listen to each other’s music, and some assholes still claim we can’t practice each other’s spirituality.