Have you ever tried to do something but couldn’t do it, like strength for example. You might try to lift a heavy weight and push and push with all effort but it wouldn’t budge.

Then you get angry and in this anger and pure adrenaline you push that motherfucking anger towards the weight.

And bang you lift it, scientifically rage speeds up your heart rate, enhances strength and speed because the anger is a source of physical energy that you can access via adrenaline.

The berserkers used this for war, yes they used drugs but this got them into a trance of pure rage.

The berserkers would literally push rage to a new level, to the point pain was removed, strength and speed was that of a fierce animal.

Rage is not only a source of physical adrenaline, but it’s a emotion and if you understand emotions they have spiritual energy currents.

I have experimented with the spiritual energy of rage and damn its potent. 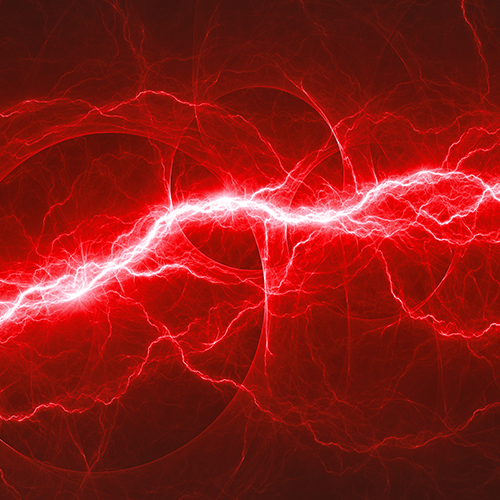 Ea explains that in baneful magick, to kill your victim you should exhaust all your hatred for that individual, he states that if you’re not on the floor completely drained of all that you are, do it again.

He explains that you do this to remove the person from your mind and emotions, forgetting about them allowing the magick to take its affect on the victim.

I’ve come to the conclusion that the reason it’s so potent, is it also adds the power of rage into the equation.

Fiery unstoppable force of rage, towards a victim is highly effective in killing them.

I believe that harbouring this force is a great component in ascent, I experimented on a person I hate the most.

Which is my father, a man who mentally and physically abused me as a child. He was a cheat, a liar, a alcoholic a evil motherfucker indeed.

He made me sucidal, to the point I tried to take my life on multiple occasions, I could have killed him using magick.

But I didn’t because all my life I have been angry at him, this gives me drive and the push I need to get shit done.

Anyway I focused on him, including all the things he has done towards me or the people I love.

I saw in my mind this red fire at each of the four points, focusing on the hate, rage and my father.

I began to make noises, growling like a animal, hyperventilating and all my muscles and veins expanded. My hands clenched into fist, my body began shaking I entered a state of pure rage.

My whole being felt like it was burning my aura felt like a erupting volcano, I couldn’t breathe, but as I moved these energies of rage around my being.

I felt like I could obliterate everything and anything, I channeled the energy, I suddenly felt a huge surge of power exploding from around and within me.

I screamed loudly and collapsed, I had been pushed out of my body, but I was in a place I can only describe as " the nexus of rage and chaos ".

Spirals of red fire and lightning circulated me, a thundering voice laughed and said …

" you are my prophet become the embodiment of anger, then push pass your threshold and become the beast of rage become the red burning flame of blood and rage, allow it to consume you, as you consume it become obliterated and rebuilt in this flame ".

I saw before all this lightning and fire, it became one singular point, I screamed " I accept this power ".

I projected myself into the fire, I saw visions of all that hurt me and all my pain I experienced through out my whole life was set before me.

The flames not only burnt me, but it obliterated me completely, as if even my molecules and my atoms were burnt.

I became the fire, all was black all was silent as if I died, I heard screams and noises, louder than anything i’ve ever heard.

I blasted forth from the fire as the embodied flame of rage, there I stood, I felt like I ascended above the throne of all, and as if I was dragged under and below a infernal abyss.

Then I came back to my body, my body was in pain, but I felt like I could do anything the actual energy of the rage.

Has kept me up now for three nights, I have still felt energetic and damn it was a indescribable feeling being in that state.

From this experience I can see that rage is a great component in ascent, I will continue on this path and I will become the prophet I was told to be.

After all when the force of rage itself pulled you in, you don’t walk away so easily.

Please keep tapping into this. Make a GodDamned Grimore out of this. This power sounds amazing!

I would love to be able to under go to the deepest of initiations of this current.

Become the profit and messenger of such powerful current!

I’ve actually been working on something like this in another thread, I can find

So… Could i may get out of this situation, if i would go into woods,
screaming and furiously chopping at trees until they fall, or what?
-or in short: going completely insane
~(0___0 ')~

You basically think of what enrages you mediate on it, feel the anger and let that anger become worse until it becomes rage, visualise the energy of rage, consume it, become it, as if it was a entity possessing you.

When you actually feel drained and like you need to sleep or pass out project yourself out of your body in the astral realm, we are drawn to the place that has the same vibration of us, ea mentioned this in his video life after death.

So when you consume the energetic current of rage, you begin to change your vibration, then that much of a frantic vibration will pull you to the nexus of rage.

Wow! That is fucking awesome! Could you give some tips on soul travel? I followed you right up to the point where you said project yourself out of your body.

I am both heavily and joyously addicted to nicotine, which I take in a variety of ways. I only have to stop for a short time for the rage to start. I nurture until primordal, direct it and break into a cold sweat – that sure sign of success!
Then I take nicotine and calm down.

Funny on how you mention this because I’m also a heavy smoker and I have been working on using this rage to break the addiction I mean think about it.

If rage is a power we can control then surely, when we get angry because we need something we could reprogram the rage within us, making it easier to quit smoking.

Literally the words of Anansi from American Gods

If you’re looking into channeling anger and rage and bloodlust I strongly suggest looking into Mars or the goddess Anat, they can teach you a thing or two about honing that rage

Hello yeah that’s where I got the quote from

Funny you mention that I was told this by my warlord spirit guide.

I thought about that too @Aluriel!

Hail Khorne! Its nice to see another person recognize the bottomless power of rage. Such a useful tool

What kind of magick would this be considered though? Chaos or baneful? My spirit husband has this power and I could never quite put a name to it. Him getting so angry at someone that they just collapse in on themselves

It’s neither and it’s both of them.

Well thank you so much for posting this it really helps a lot. I swear I always get great timing on this forum what im experiencing/thinking about.

I got as far as you described when you left your body.I felt this power but I didn’t realize how far it could be pushed and i didnt try to move it. I got a faint sense there was a universal source of this energy. I saw a future vision of the upcoming eclipse and then my body suddenly became paralyzed and I fell to the floor.

I dont have the muderous intent. I have the instinct to defend myself but i but i have to much hesitation. Thats why i didnt get very far. Im going to have to work a lot with Sammael.

Funny you mention that I was told this by my warlord spirit guide.

Yeah, with Mars it’s really intense, the rage blocks out the pain. It’s like you’re in a red haze and you can imagine yourself being on the battlefield wading in the blood of your fallen enemies, ripping out their throats with your bare hands. But at the same time you can focus this energy, channel it somewhat into what you need to do.

Anat is also great at this too, she lead me through some ‘creative exercises’ to expell all the anger I didn’t know I had in me and at first it was a simple visualization but it felt like the anger really deepened my trance. To the point where I could taste the blood of my enemies and could literally smell their fear, shit was really intense.

Now I call on her for all matters of protection

There is one weakness to Berserkers. After they fall out of their Berserker Rage they have exhausted themselves. Anger is like burning up alot of Fuel.

Anger does seem to be quite powerful. Not even considering a spiritual standpoint it is powerful. Anger can remove all fear and much much more. Personally I don’t believe it is appropriate to use it in all magical workings.