Omens: Your Experiences & Tips for Interpretation?

So I’ve been re-working through EA’s Mastering Divination course and I recently got through the part where he covers omens. Now, there’s threads all the time on here about divination using tarot cards, energy sensing, runes, etc., but I hardly ever see anything pop up about omens. What are omens, you might ask? 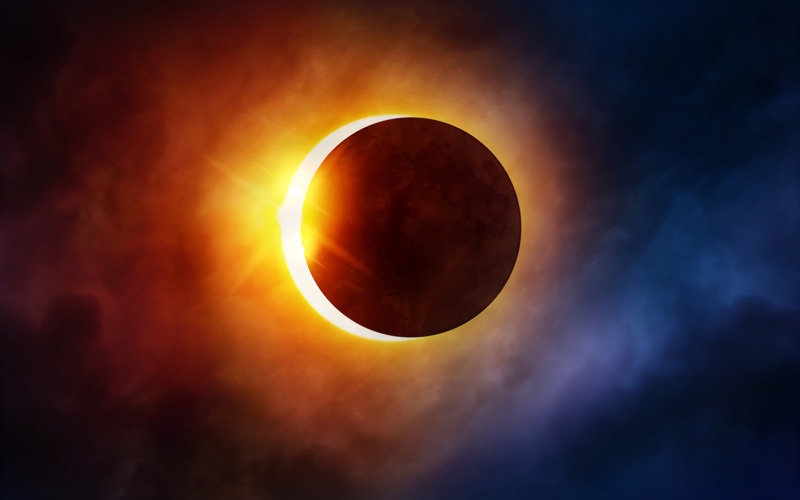 According to Merriam-Webster, an omen is “an occurrence or phenomenon believed to portend a future event.” The word “ominous” and “omen” both come from the same Latin root word ōmen, which means foreboding, but an omen doesn’t necessarily have to be baneful–it can be neutral or even a positive indication of something to come.

The interpretation of omens is one of the earliest forms of divination that humanity invented (eclipses are a famous example of oft-noticed historical omens), and it consists of observing odd phenomena in nature or your surroundings and interpreting a meaning for it. This process involves using your so-called living imagination to extract the meaning, which basically consists of seeing past the bare facts of what’s happening on the surface and probing deeper into the underlying significance of the omen using your intuitive & creative side.

Perhaps the most frequently noticed omens these days are numerological and astrological. Most people (even non-magicians) will find significance in seeing 11:11, either on a clock face or elsewhere, but other numbers are often reported as also having meaning. We all probably know at least one person who thinks the number 13 is an omen of bad luck, for instance.

Astrologically, a common omen is Mercury retrograde: seeing the planet move backwards from Earth’s vantage point (even if this is just an optical illusion) usually heralds communication breakdown and project failure. Comets and shooting stars can signify natural disasters and death, and EA mentions the blinking of the binary star system Algol (the Devil’s Eye) as an omen of decapitation.

Some other examples are augury, which is interpreting the movement of birds (like seeing a flock fly in an unexpected pattern, or a certain type of bird where they shouldn’t be). Others are unusual weather phenomena (rings around moons, strange fog, or funnily shaped clouds), and odd insect & animal behavior (swarms of locusts presaging famine and drought, cats and dogs where they’re aren’t ordinarily). As an example, the so-called Black Shuck of England is an enormous black dog with glowing red eyes that is said to be an omen of bad luck, misfortune, and even death when seen by the unfortunate victim. 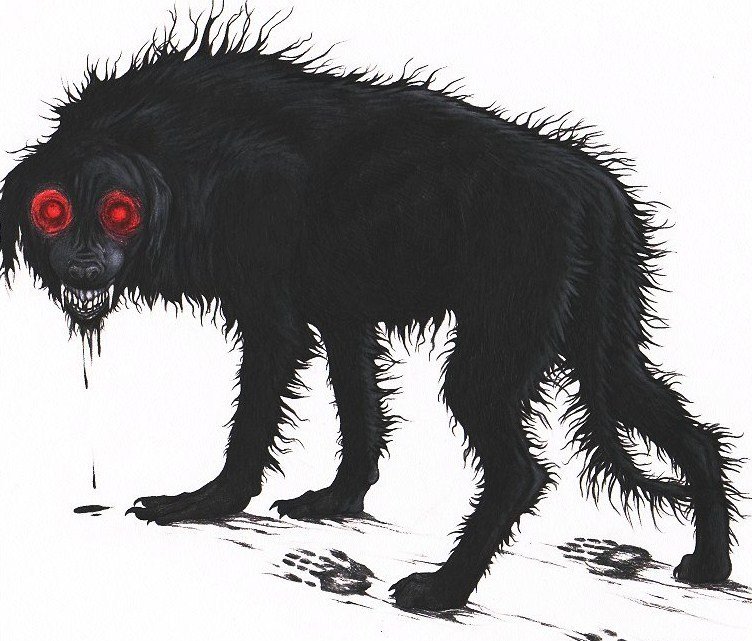 Personally, I’ve noticed that the more I get into a magickal state of mind, the more synchronicities start lining up and the more I can extract meaning from the random vagaries of daily life. When taken too far this can tip over into the absolute chaos of schizophrenia, where meaning is found in every chance occurrence, but in that fine line between sanity and madness lies the magician’s key to divining the future.

So what omens have you guys experienced and what do they signify to you?

Signs can be incredibly difficult to explain. Trying to explain them to doubters is never a good idea. I have a hypothesis that one might be able to tell the difference between meaningful and non-meaningful signs by mentioning them to muggles.
If the muggle becomes quickly enraged and animated with bad vibes, you’re probably dealing with a legit magical occurrence.

Interpretation is best done in the moment in my opinion. The fact that you picked up on an omen means that your “mental kaleidoscope” is in the right place for that communication.

In a nut shell i use an active mediation on walks or long drives with the question on a situation or ritual in mind for 5-10 mins and will take note of any odd incidents or occurrences after. Had some really strange cloud formations pop up as a result of this along with really odd events throughout the day.

Signs can be incredibly difficult to explain.
…
The fact that you picked up on an omen means that your “mental kaleidoscope” is in the right place for that communication.

Perhaps it’s not so much distinguishing what is a sign and what isn’t, but rather how in tune your mental kaleidoscope is to being able to see the underlying pattern & meaning to everything. In other words, theoretically, if the universe is holographic through-and-through, then any part of it should be able to tell us something about any other part. It’s just a matter of how skilled we are at peering into the fabric of space-time and picking out the underlying weave. 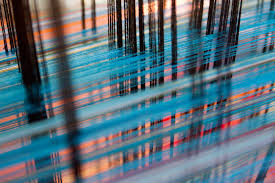 So HOW do we start seeing omens and portents in our daily life? I can’t remember where I first came across this, but one useful exercise for increasing the level of synchronicity and frequency of omens in your life is the following:

Set aside 5 minutes a day for this, just like you’re going to perform a daily meditation. Sit somewhere comfortable (outdoors, indoors, doesn’t matter), and just look at everything around you. Give every object in your environment incredible meaning and purpose. Know that there’s a reason why that hummingbird circled three times around the feeder before drinking. Know that the placement of books on your nightside table is trying to tell you something important. Know that there’s something deeply significant about the number of 7’s in the phone number of the last telemarketing call that you received, or the pattern of car honks you just heard during your morning commute. There is nothing random or meaningless about these things. They are all part of an underlying pattern and you just have to figure out what it is. 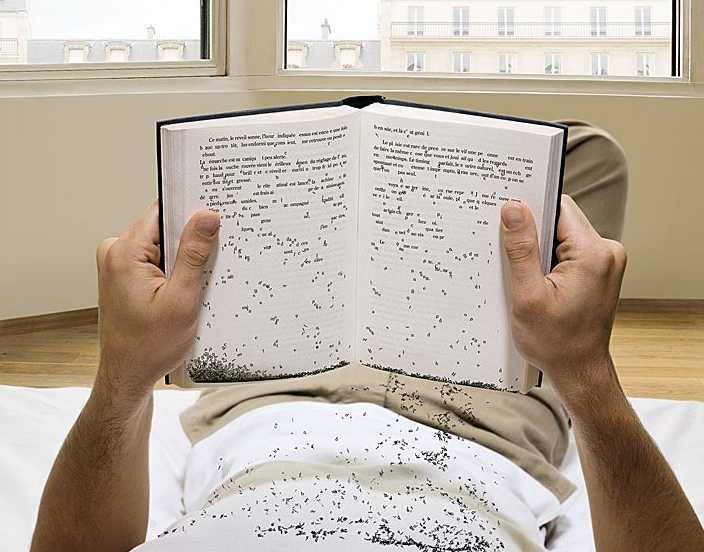 Another way to accomplish this is through a method found in Tibetan Dream Yoga. The idea is that your dream state is replete with symbols and metaphors for various messages that your subconscious is trying to tell you. By keeping a dream journal and noticing which symbols frequently pop up, you can map out the architecture of your psyche and eventually wake up within the dream itself, which is called lucid dreaming.

Now, just apply this same technique to waking life. Treat your waking state exactly as if it were a dream: look at what symbols pop up frequently. Maybe it’s that you’ve been constantly seeing ravens. Or perhaps the number five keeps showing up everywhere you turn. Keep a record of these events in a journal, or at the very least make a mental note of their occurrence and possible meaning, and over time you’ll start noticing patterns. These frequently noticed symbols are archetypal omens, whose knowledge and use of can help bring you one step closer to “waking” from normal unenlightened reality.

Warning! Do not attempt these methods if you have a history of psychotic breaks or mental illness.

As I said in my OP, these magical states of synchronicity can be perilously close to schizophrenia. Don’t take my word for it, though… From The Eden Express, a memoir by the schizophrenic son of Kurt Vonnegut:

Folk medicine, astrology, the I Ching, other things Western rationality held in contempt, were more training exercises than things we absolutely believed in. We trusted gut impulses more and more, our plans less and less, and found ourselves having gut feelings about more and more things, and getting more and more done and feeling better and better about what we did.

There were some spooky parts to it. Stubbed toes, strange clouds, how many snakes we saw in a day, all fit together and had meanings which we would be able to figure out some day if we paid the right kind of attention. Nothing was meaningless or disconnected.

By this time the voices had gotten very clear.

At first I’d had to strain to hear or understand them. They were soft and working with some pretty tricky codes. Snap-crackle-pops, the sound of the wind with blinking lights and horns for punctuation. I broke the code and somehow was able to internalize it to the point where it was just like hearing words. In the beginning it seemed mostly nonsense, but as things went along they made more and more sense. Once you hear the voices, you realize they’ve always been there. It’s just a matter of being tuned to them.

@Dinmiatus that was a worthy videocast, thanks for the rec. I also just (synchronistically

) watched this vid by Kurtis Joseph:

wherein his concept of Divining Circumstance somewhat parallels the Dream Yoga method of omen divination I mentioned above.

Overall, I think the goal of working with omens is to move closer towards a map of reality, where omens are the signposts on this map pointing us various ways and warning against others. They can be subjective, in the sense that the number 13 may be an unlucky omen for me, but a lucky one for you, or they can be intersubjective, in the same sense that archetypes from Jung’s Collective Unconscious show up the same way in dreams across different cultures and different generations.

As for the Why of omens, and whether it’s all just a delusional game of pareidolia or apophenia, the following exercise from Robert Anton Wilson’s Prometheus Rising may help those still on the fence:

@Zapdubious I ended up editing both the OP and my reply to your quote, BTW.