I figured out some meditation technique. I wan’t sold on meditating for a hundred years so I could use it to kill my own ego, so I tried out an alternate technique based on Sam Vaknin videos and Cthulhu Mythos.

It worked for me. I didn’t like the information I got from it though. I got the message that my node was cut off from greatness because of a mistake I made 10 years ago where I dipped my toe into institutional power instead of trusting my gut and looking for a more efficient path, and that I am not going to catch up to people who got a tailwind from the institutions.

What I can do instead is strive for mediocrity. I will be able to produce art and tech without seizing up again, and I won’t have any restrictions on how prolific I can be or how vindictive the content is. Since then I got the new LCD assembly on my Thinkpad x201 which was on my todo list since February even though it took me a couple days to finish, and I am journaling a little bit. I am starting to suspect that I am chaotically aligned.

Hail the Goddess. Good luck with your art.

I tried out an odd divination method. The Who is your Anime Waifu? quiz. I got Blanc as a result. I didn’t know anything about Blanc. Turns out she(s) is a lead the Hyperdimension Neptunia series. I cross referenced articles about Blanc and found this comment under a wiki entry.

I just noticed that Blanc and Noire are like fire and ice. Noire is fire because she is a Tsundere and gets angry with the people she cares about. And Blanc. Is ice because she is a Kuudere and acts cold blunt and cynical.

I looked up Kuudere and the definition applies to me too. I found out interesting information by going down a rabbit hole spawned by a fun, odd, divination method.

I just noticed something about my test results. My results for Blanc and Vert are both tied at 6. I don’t know if it means anything.

I done some research. They both are Kuudere. I feel I have greater affinity to Vert though.

How I talk to Eris

Eris usually appears to me as an original character that calls themselves Britney Albright. She usually appears to me like Reika Kitami dressed as a Wesnoth White mage. If she was a Dungeons & Dragons character, she would a Female variant human, Her main class would be Glamorous Bard. She is a bassist. We talk via telepathy.

I only identify them as Eris via a scan.

She is a Kuudere that is very charismatic, but manipulative and self destructive. Her objective is to prevent a crisis but she acts like an anti-villain to do it. She wants me to collaborate with her as an Illuminous Bureaucrat. What I would do is apply the order gray face isn’t applying. She won’t allow me go any further unless I come clean about myself because she says I am not honest enough.

I have a highly narcissistic style and use false selves to suppress it like Freeza’s power limiting forms. I am obsessed with Eris because I find the narcissistic traits very attractive. I try to hide both my narcissistic style and my attraction because society may disprove of it. To put it in a way not covered negging from psychiatric institutions, I am a Kuudere that likes Kuuderes. No amount of therapy is going to change that, so society is going to have to adapt to me now. 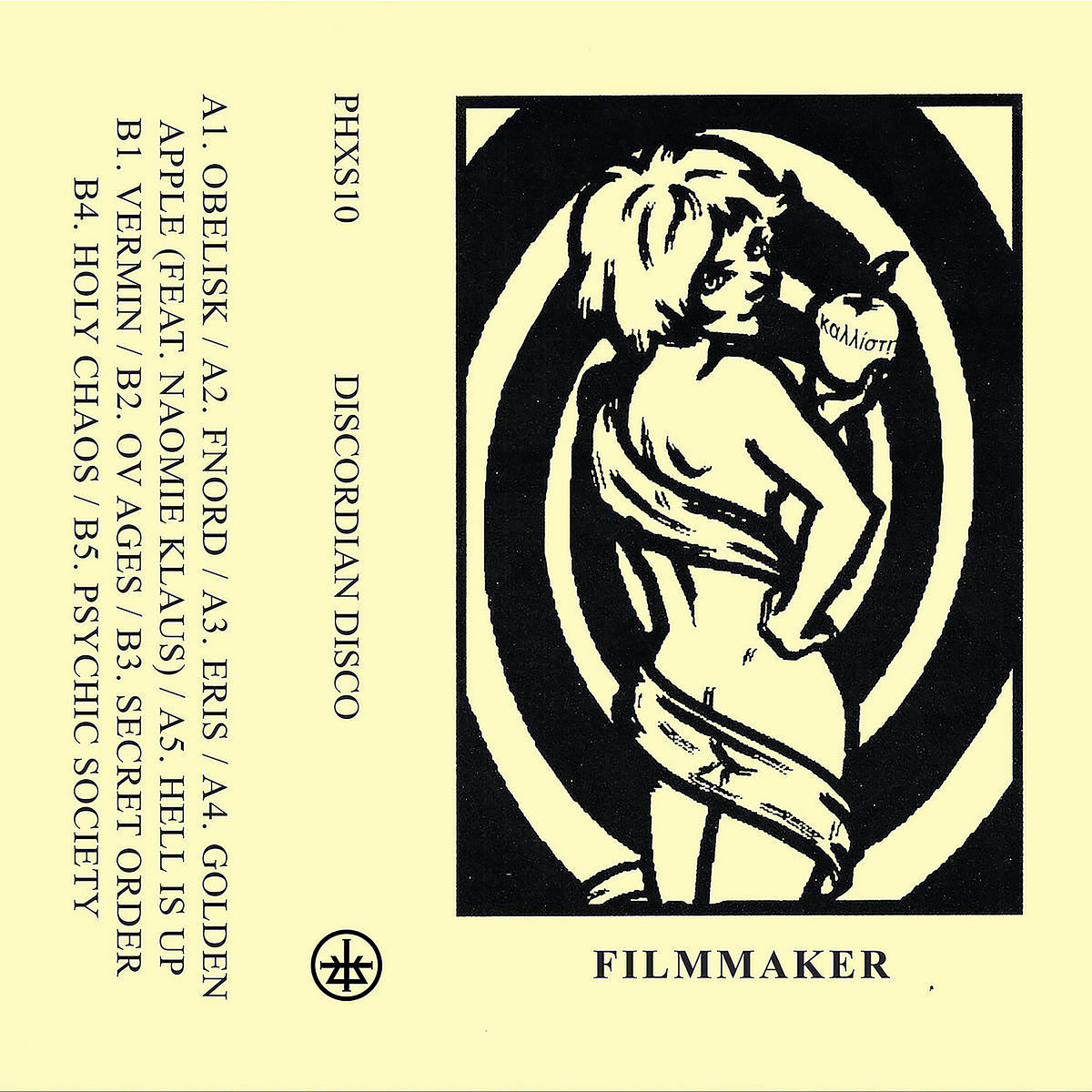 This is Eris from the cover of Discordian Disco by Filmaker. It is only by happenstance that Britney looks like her.

Doing the Goddess good/evil work! I love the idea of the Illuminous Bureaucrat, she wants me to do similar I think with my ETCC (Erisian Transdimensional Contact Committee). It takes someone who truly knows disorder to understand my order is important.

Psychiatrists won’t fix you because it is bad for business

I listened to The Authoritarian Unveiled (with Dr. Eric Maisel)
Back to back to back Sam Vaknin’s latest video Are Autistic People Narcissists? (READ DESCRIPTION) ( Webinar on Psychosomatic Medicine, Oct 2020)

This is just some bullshit! I spend months mining myself and purging my false self to find my real personality and a couple of psychiatrists come around and one day in one a one two combo dismiss it all as a pile of defense mechanisms with nothing behind it. Is it appropriate for me or is it more accurate for me to describe myself as a structure that magnifies part of the culture around me, like a crystal or a magnifying glass?

Even if I assume all of the premises in their framework neither them, or their compatriots will give me permission to wipe myself out. Why? Because it is bad for business.

Let’s look at some of Eric R. Maisel Ph.D. articles on Psychology Today. Lots of articles on creativity and purpose, and how bad authoritarians are, but no articles on what to do if you just happen to be authoritarian yourself when he believes per his interview with Seth Andrews that 1/4 of the population is authoritarian. Yeah, there are lots of psychiatry bashing articles too, but that is just a long running trend.

I legitimately believe that The entire world is crazy and corrupt and people just don’t want to admit it, but these guys won’t address it because it is bad for business. Psychiatrists get more money and more attention if they keep everyone in a state of being broken. The whole thing is less about fixing anyone than it is a competition to collect people into your ranks, that is why cults and religions have their own psychiatrists, comedians, motivational speakers, priests, bards etc. and compete for members.

Covert Borderline may be a better description of my personality than narcissistic style. It also sounds cool because covert makes everything sound cool.

I wonder if there are combinations of disfunctional people that looks superficiality functional.

This Conversation between Guy Sengstock and Sam Vaknin is pure gold. I wish I had a transcript of it, but I am going to in a few notes right now.

Sam Vaknin says psychology is a subset of philosophy. It agree’s with Bill Gaede’s definition from The Rope Hypothesis, Appendix 2.

I was reading The Witch as Teacher in Fairy Tales: Discovering the Esoteric Truth Hidden in Ancient Fairy Tales by Nuria Daly. Freya was mentioned int the book so I looked her up because she reminded me of Eris.

Riddle me this. I found a Freya interpretation that looks like the Vert Blanc fusion. Interesting.

I have a vision of a modified FreeCiv that had a Wesnoth-like hex tile set and a Neptunia like presentation. I think Eris ran a nation, but for some reason the very idea of an Erisian nation causes me massive resistance.

This article from Philosopher Andrew Taggart argues that there is no such thing as mental health, and that talking about it is a category error.

There’s No Such Thing As ‘Mental Health’

Abstract To speak of “mental health” is to make a category mistake. And it is to reify while substantializing a supposed ens, an alleged “thing” or “abstract something…

I bet I can combine possession techniques such as those described in the Black Magic Manifesto by @Timothy and other places with surveys such as https://www.16personalities.com/free-personality-test or https://crash.co/discover to make make egregores easier to comprehend.

I was told about a discordian image board, so I made a post to it.

I am in training on being a jerk so I can get what I want more often.

I just noticed a trend between the 1990s Japanese Lost Decade and a surge of demonic Japanese media in the 1990s and 2000s.

I am officially turning the corner today and going from being a cog, to being an artist.

I listened to A Biblical Cosmology with David Weiss on The Paranormies Present.

David’s magical thinking was on point. His power of belief made it possible for him to be a successful entrepreneur. The show also realized what science does, so I have another working definition for it.

science : the process for detecting invariance of a universe

This new definition has some working assumptions that makes it easier for me to use as an artist engineer.

I have a derivative definition of universe based on Bill Gaede’s book, The Rope Hypothesis.

definition : a set of criteria that limits the extent or usage
of a word
object : that which has shape
concept : a word that invokes or embodies two objects or
more objects
distance : separation between two objects
location : the set of distances from one object to all others
motion : two or more locations of an object; to move
exist : an object that has location; physical presence
universe : a set of objects that have physical presence with each other

Sadly I had to reject Gaede’s old definition of science because it wasn’t rigorous enough, and philosophers rejected the classification of philosophy as a science. https://plato.stanford.edu/entries/religion-science/

multiverse : a set of objects that conditionally have physical presence with each other.

I also have a working definition for religion.

religion : the process of manipulating variance of a universe

Here is my beef with David Weiss, and the Paranormies’s magical thinking. They attempt to modify invariances of a universe with religion.

pseudoscience : the misapplication of processes used to manipulate variance of a universe on invariant parts of a universe

What they do is take data and models and attempt to poof them away by playing peekaboo. It is bad because it is limiting your own power unnecessarily. You can leverage invariance to your own advantage.

There are 2 ways to control a universe, physical manipulation around invariance and demagogic manipulation everywhere else.

I am going to link this post into my blog so I don’t lose track of it.

Well dimensions aren’t numbered, but the interactions can be tracked by the imaginary axis method. The Imagining 10 Dimensions movie or the book We Start With a Point (but what’s the point?) are good places to start. There are also a few videos on the The The Imaginary Axis channel that are relevant: DC multiverse map, Marvel multiverse map. Stephan Wolfram’s New Kind of Science book is probably relevant, but I haven’t got through it yet, but I listed to Wolfram on the Lex Fridman podcast #124.…

I would also like to reference Who is The Strongest Pokemon Trainer Ever which goes over power scaling methods.