i invite people to share their servitors here and make a balgtheon. Must be safe though.

No. Just make a name and create a sigil and keep charging it.

Here’s mine, it’s safe I don’t work in forms or ill intention. The servitor is meant to work in a jack of all trades way. So it works accustomed to the one working with him. 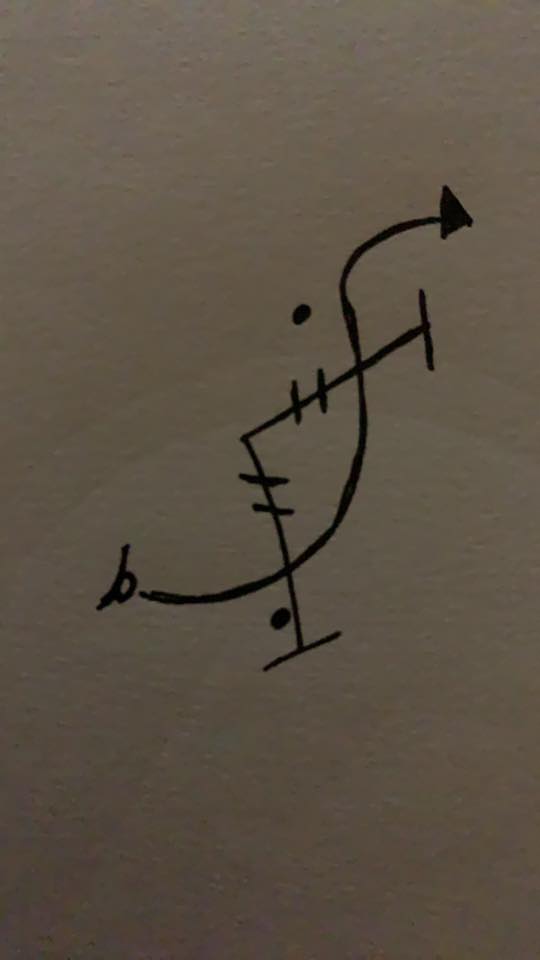 what is his name?

I named him Lodun

With all the work I do to create a servitor, I’d rather have it working for me, and me only, and I wouldn’t allow it to wander and wasting time with other magickians instead of focusing on me and the task I commanded.

In short, if you create a servitor in a way that it can serve someone else, then that servitor is totally vulnerable to manipulation and is potentially dangerous to the original creator and to someone else.

“Yes but a shared servitor grows stronger and becomes an egregore”, you say? Well, it is supposed to be a servant, not a free entity that can do whatever it wants.

Taking that into consideration I will file that under the old Chaote adage of “it works, so who cares?”. After a decade and a half of practice I have never once had an issue with public servitors.

Basically I use a mix of different techniques, because I found that just a simple one is not enough for me. From stating intention, listing its commands, habilities, energy sources and limitations, defining a name based on the intention, sigil creation using planetary squares and such.

I also create a triangle of manifestation during ritual and a figure representing the servitor as a physical link to it. I use four elements to empower it, but give special attention to the element that the servitor is more aligned to.

The figure is made by myself from clay or some other material. I then create a small space (a sort of very small altar contanied in some sort of vessel), where I put the figure, so I can feed it, meditate on it, and such. Some of this work is based on the instructions by Zhahtang Wa Ahngb Sigil Generator (Google it).

All my servitors feed on the veil between this realm and spirit realm.

Sure, do whatever works for you. A servitor is always part of its original creator, so if you use someone else’s servitor, your link to it could be limited.

For me, part of the fun is giving birth and empowering a servitor by myself by putting all my creativity and focus on it. I just can’t feel a proper connection with a… green flying pig made by a stranger. I like to allow it to shape itself in the process. That’s how it works for me.

I like knowing my servitor is of use to someone else as it is to me.

I had been empowering it through breath of light and then feeding it one breath of my lungs every week plus my gratitude for results in the case of results.

I seriously don’t feel them out there working, but when I summon them.i feel and see them here

To me a part of having a servitor is belief. Even though my servitors were fake i still got results even if you use complicated rituals to create them. You may still feel that they are not working as they are sose to. John Kreiter has some good servitor books

Here are some useful servitors:

There are many ways to create thoughtforms, servitors, tulpas, egregores etc. And, just as many techniques, types, and theories. Here are some thoughtforms that I chose to share, give to the world that I feel may be beneficial: [s-l1000] Beatrice - Queen Librarian of cyberspace and the Akashic realm. She is my first on BALG and the most developed. [Allison_v3] [allison_montage] Allison - Princess of Finance. She enjoys bestowing wealth to those who work with her. She will bring unexpected …

And, I created a Servitor Generator. Just search the BALG forum.

Sorry to revive this topic, buuut this is all really interesting.

I’ve just started to make servitors, but instead of having them like servants I actually am having them be their own being cause it’s fascinating for me to observe and all that. Someone gave me a chant to power them and I haven’t used it yet but will: Almak AL Ten Ron Tal Alash Kala Kal Peref Ron Felish Tal

I make servitors to look and be like people my age. I’ve given life to an imaginary friend, old personas of mine, and fresh personalities too. I’ve got help from Lucifer, Lilith and Belial for three of my four wards and my incubus helps me with the others

I feel like I know this, but can’t tell from where. Good Stuff.

Oh good, I haven’t used it yet. Do you guys know any other ways to power your servitors? I’ve just been visualising and willing them to become more real, imagining giving them my energy and stuff. Their personalities are so interesting and how they interact with each other.