I’m always ready for some Greek myths,legends and magic

I would love that! That would be great and thanks!

Since I’ve seen so many people around asking about Demons, if they’re bad or not, if they’ll ruin their karma and so on and also…many people don’t want to use the word “Demon” cause they have negative feelings connected with the word, I thought to start first with what Daemon (Δαίμων) aka Demon actually means, since there’s so much misconception around the word and, mostly, the meaning. Tomorrow then…!

I second this return to original terminology! I will for now on use the word deamon its actually much nicer version anyway.

I don’t need to, I understand a bit of your language

Oooh …do you? Well well

P.S. Ananke was something I trully respect.
This one is outta blue an your Greek stories simply pushed me to say it. When I heard about her it really did hit me deep down

Just added my new pcs to my greek mythology sleeve. I calledcalled upon Aphrodite just as I was about to begin and requested she bless it with energy. It was quite incredible when she began to place energy in the room, the artist said he was getting hot all of a sudden. But he did a great job!! 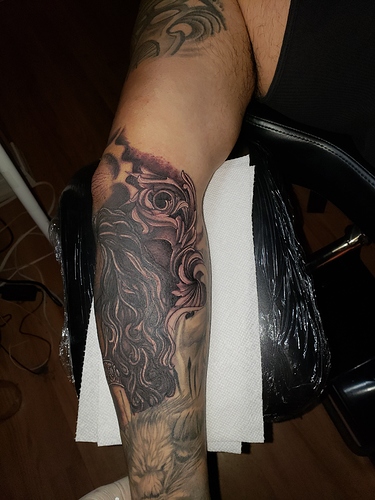 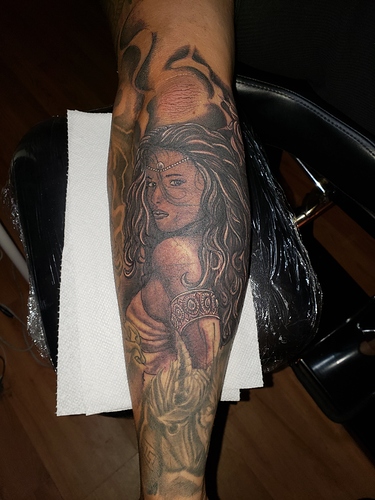 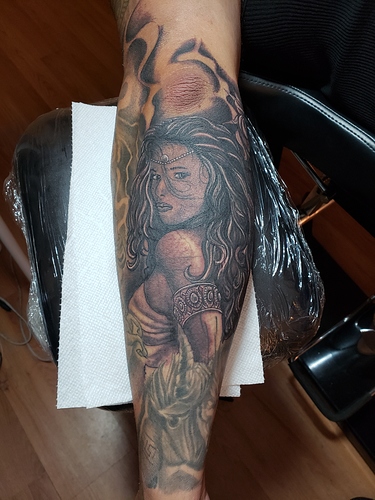 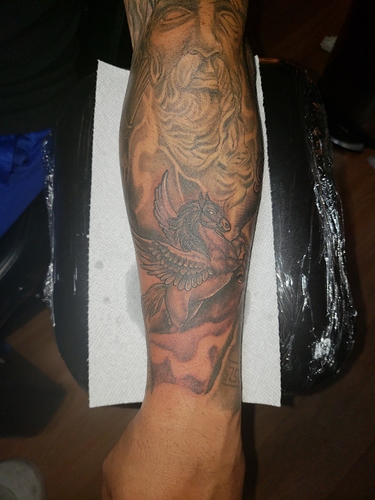 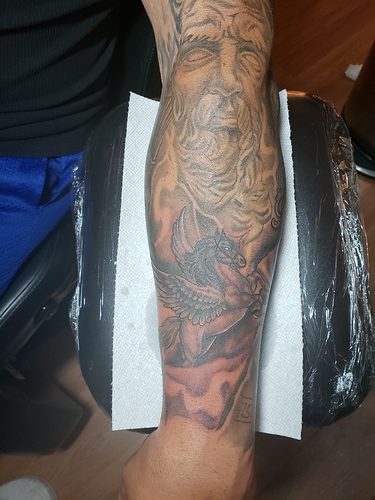 Thanks for this, its really great! The titans almost seem as if they could have been a stand alone pantheon and the Olympians were added later? Possibly Mycenaean?

But they were a stand alone pantheon during the Golden Race era, or also known as “Era of Astraea” (Astraea is the daughter of Astraeus and Eos and is the Goddess of Innocence and Purity) . (see the post above on Daemons):

According to Hesiod, Daemons are the souls of the first mortals that Gods created, the Golden Race, the purest of them all, deified by Zeus himself to protect humans.

Could be very likely that they weren’t added, but they just took over. It’s not uncommon a hierarchy shift, we see it in many ancient civilizations and cultures, where a generation or a group of Gods are going against the Elders. Norse mythology, Sumerian, Hittite etc etc

Things were better under titan rule it would seem.

Anyone interested for Orphic Theogony (Orphism)? Since It’s a bit more complicated than Hesiod’s Theogony and it will take a good part of my time, I won’t do it for just 2-3 people.

I am really interested in this please keep up the good work.

This is fantastic! Bumped!

This was absolutely nothing less than amazing! Very well put together, thought out and thorough. Thank you for this, and all your hard work is a great benefit to this forum.

Thank you @AdamThoth, I appreciate that.

And the above posts are just in time for Anthesteria festival. Today is the 2nd day of the festivals, Choes, today we drink.