wait what? Mushrooms aren’t considered plants?
I’ve been lied to my whole life

Then I would have said closet.

Okay but I didn’t know what you meant. A dry dark place could be anywhere. Lol

In german herbs is something that definitely does not include mushrooms. Herbs are plants. Mushrooms are not.
A fungus (plural: fungi [2] or funguses [3]) is any member of the group of eukaryotic organisms that includes microorganisms such as yeasts and molds, as well as the more familiar mushrooms. These organisms are classified as a kingdom, which is separate from the other eukaryotic life kingdoms of plants and animals

So I guess this was a language misconception.

They’re seen as fungi where I’m from too but when they’re used for medical reasons they’re called medicinal herbs. A lot of places sell mushrooms as medicinal herbs. But I agree a mushroom isn’t a plant.

Just google medicinal herbs and see how many shops sell and classify mushrooms as such.

This is like the argument, is a tomato a fruit or a vegetable? Who cares really? Lol

I’m not but thanks for the warning

I had good experience regaining the ability to retain dreams with African Dream Root, if you want to try that at all, (Silene Capensis) … I mean, weird as dreams usually are but not nightmarish.

Thanks, I’ll look into it, I wish to retain my dreams, one of my major problem

Alterative: This action facilitates in the detoxification of the blood, lymphatics, liver,
spleen, and skin, cleansing the body of cellular debris, metabolic waste products, and
dead viral, bacterial, and immune components. Due to its bitterness, Mugwort has a
strong affinity specifically here for the liver and its detoxification pathways.

Anthelmintic: Mugwort, along with many of the other species of Artemisia, are known for their ability to dispel parasites from the body. Wormwood is perhaps the most famous, but Mugwort still has these properties and can be used for a variety of parasitic infection, most notably in the gastrointestinal tract.

Antiseptic: This covers a range of actions that include anti-fungal and antibacterial properties that are exhibited from its volatile oils. This action can be applied both topically and internally, again, most notably in the GI
Bitter tonic: Bitter plants always affect digestion, through increasing secretions from the gall
bladder and liver, HCl in the stomach, and pancreatic enzymes. Though you would typically find a cooling action with bitters, Mugwort is one of those aromatic bitter plants that can create a warming effect constitutionally making it a better choice for those with colder constitutions. This is due to a unique combination of volatile oils and bitter components.

Carminative: As noted above, Mugwort contains warming volatile oils that help to bring circulation and warmth to the GI, along with a mild relaxant action on the smooth muscles via its nervine property (detailed below). This alongside its bitterness, makes it a highly ideal plant for supporting digestive symptoms of wind, such as gas, bloating, and other common GI complaints.

Cholagogue/Choleretic: Most cholagogues are also choleretics. To contrast, a cholagogue increases secretion of bile from the gall bladder, whereas choleretic increases production and flow of the bile in and from the liver. Most plants with on action also has the other. Mugwort stimulates bile secretion which enhances nutrition through better absorption, in particular of fats and oils. This is due to its bitter taste and could be considered a sub-action of bitter tonic.

Diaphoretic: The warming aromatics in Mugwort stimulates the circulatory system
and opens up the pores allowing for perspiration to happen. While this is a warming
action, overall it ends up cooling the body through the release of heat. This action is
best exemplified through drinking hot infusions of the plant for the treatment of fever.

Diuretic: Mugwort promotes urination and also has been used in cases of edema in
order to drain fluids from the whole system. It’s worth noting this is not typically
considered a primary action of this plant, but the property is certainly present.

Emmenagogue: A true emmenagogue is used to stimulate menstruation and should not
be confused with other female reproductive actions such as uterine tonics or antispasmodics. Emmenagogues are typically used for stagnant, slow, clotty, crampy, painful menses. This effect is noticeable in many herbs that are pungent and/or bitter as it warms the blood, improves its quality and stimulates the heart6. Emmenagogues also increase the apana vayu (an Ayurvedic term) which is the downward moving Vata energy that governs elimination, urination, and sexual function. This is usually a response to the presence of bitters, which drain fluids. Mugwort is unique here as an aromatic bitter which both drains fluids and increases circulation.

Nervine Relaxant: Here we have a gentle nervine relaxant that is important for instances of stress and confusion. Mugwort has a mild sedative effect on the nervous system and has been used as a remedy for epilepsy, stress, nervousness and anxiety. It’s commonly used for this purpose in British herbalism. It’s a great warming nervine remedy for vata conditions that involve cold and wind like conditions such as spasms, tremors, seizures, insomnia, and nervousness. This is a super important property to consider for this remedy, as many nervine remedies are often cooling in nature, so keep this one in mind!

Oneirogen: I’ve included this action here for its popular use to enhance and promote dreams bringing the sleeper into an REM state. This is a Greek word that means “dream” and "to create.”

His self created Lucid Dream Infusion is as follows:

I’ll have to do that, also great profile picture haha

Mushrooms seem to predate all - literally ALL - terrestrial life, meaning they came before amphibians and such. They formed the basis of the ecosystem that the first ‘walking fish’ consumed.

Plants emerged way later, afaik. Maybe a biologist could wade in and confirm or deny.

I had no idea, I thought rocks, earth and trees were here first and all the elements before any other form of life. I guess it helps that mushrooms can survive in a lot of temperatures… at least I think so?

Plants emerged way later, afaik. Maybe a biologist could wade in and confirm or deny

Not a biologist but:

Long Before Trees Overtook the Land, Earth Was Covered by Giant Mushrooms 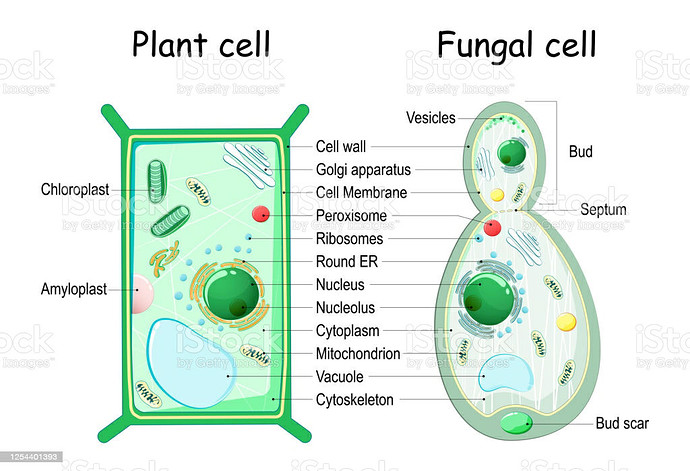 That was the factoid I was thinking of - thanks for sharing!

Trees came way late, at least the ones we are familiar with. For most of the earth’s history, it was ferns and date palm type things. (and mushrooms, obvs).

I think giant sequoias may be among the oldest modern trees but don’t quote me on that, I just like to nerd out on primordial Earth documentaries from time to time

I had no idea mushrooms date back so far, I wonder when they started becoming poisonous…

maybe it was thier coping mechanism to stop humans and other organisms from eating them before they even got to mature,

i read it someone a long time ago that animals like rain deer, foxes and rodents eat lot of mushrooms maybe some mushrooms didn’t want themselves to be eaten in future so they become toxic,this is how most of kids become toxic because their were bullied in the past by other children or thier parents.