Me and my shadow

Azazel, from the Book of Azazel:
All things are formed from one primordial nothingness, not at some point
in the distant past, but in each moment. Every moment that
you consider me, I come into being. Every moment that you
consider yourself, you are brought into existence. Stop considering
yourself, and you will cease to be.

So, the whole present moment thing. That’s something I’ve been thinking and talking about a lot lately and especially the nature of Time, the illusion of the same, and what that means. And he’s saying that he’s there when you think about him, which is consistent with other magician’s interactions. It is also consistent with the fact that I could feel his presence when I started researching him a bit more deeply, a few days ago.

I have appeared to men as they have considered me. I taught
them that which they were on the brink of learning themselves.
I concatenated their realizations. I would say that I
have always existed as this promethean Pandorian figure, because
all time for me is present. However, I have not existed
at all until this moment. But neither have you.

“I taught them that which they were on the brink of learning themselves” jumps out at me. I didn’t attempt contact with him because the issue that I was interested in resolving, I made peace with. And yet, I feel him at my shoulder. Also the Promethean bit is interesting because I used that exact term when discussing the “scapegoat” aspect with my wife.

Reality is far from objective. Can you name a single thing
that exists independent of your observation? Such a thing
does not exist. When you and I meet, you and I come into
existence. Until that point, there is no you, there is no I. You
exist only in your relation to that which surrounds you.

This is what I’ve been saying, not to mention that it lines up with advances in quantum physics that have come to light after this book was published.

Knowledge EA gained from Azazel:
What I see as a blue sky and gravitational force is not my
perception alone, but is shared by my racial siblings. Somewhere
in our ancient genetic formation a biological pact was made to interact
with our environment in a predicable and consistent way.
Matter is not solid, gaps between molecules and their electrons
and the next set of molecules making things that we consider
to be concrete quite spacious and fluctuating. It would not be useful
for us to experience the fluctuations or the gaps, however, and
so those details are passed over and the illusion of solidity is believed.

^ This is also what I’ve been preaching to anyone who will listen. The biological pact bit is especially interesting. I’ve phrased it as a “way that humans cope with their environment”.

Azazel:
As you see this encompassing spiritual force in the universe,
the All, the Magickal thread, there is likewise a secret current
beneath even that. The Infernal Empire, the whole of the astral
realm, the mental, and the physical planes, even the soul
plane, are all just masks for this other current running
through all worlds and all dimensions. You have aptly pierced
into the heart of an illusory truth. Go now deeper. Through
blood and sex and sin, and through the flesh which is the
Temple will you learn to travel not to the backside of the tree,
but to swim amongst its roots. Perfect the body, and see me
again for this.

The secret current pops up with seemingly every magus who speaks with Azazel. This is relevant to my interests. When my wife and I first met, she referred to me as the River King. No explanation was ever given. Recently, it’s come back up. And so I’ve been trying to determine a meaning.

He also says that you need to perfect the body, which has been weighing on me quite a lot lately! I know I need to do physical stuff to go along with my spiritual and mental growth or there will come a point when the body can’t keep up.

The tales are true that I was never to reveal this, because even
the angels and the gods have not seen the secret passageways
that I will show you. Perfect the body, perfect the mind, order
your life, and I will show you.
There is no name to the secret current, as none know it.

Fulfillyour duties and your obligations in this world, but know
that these are passing illusions, to be replaced in only moments,
moments after you have chosen to live as king. Know
that you are a king living amongst beggars.

EA:
Over my ninety day journey into the heart of the inferno,
with all of the secrets of power that Azazel revealed to me, the mystery
of this unknown current, the dark rift winding throughout existence
wound also through all of his teachings. Other spirits had
been eluding to the existence of this dark rift, of a secret current
running silently behind the supposed spiritual realities, and that by
riding this river, I would at an even deeper degree of liberation,
glory, and power.

^ Aw snap. River. Incidentally, it took me like three attempts to read that sentence initially because the page kept warping and phasing out of sync.

It’s notable that I came across this book when I did. Today. Also, I ordered a black obsidian orb off of a website the other day and, ten minutes later, read another magician’s account of Azazel appearing as a black orb.

So it’s safe to say that he’s with me. I haven’t done any ritual for him. If our understanding of Time is correct, though, it doesn’t matter. It will happen because it already has. Once it happens, he’s with you from the beginning because that’s how Time works. 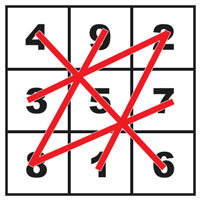 Oftentimes referred to as the sigil of Azazel, this sigil of Saturn has more than one entity associated with it.

Azazel, however, decoded it with me.

369, baby. If you’re not familiar with the reason that this is sort of a big deal, google Tesla and 369. 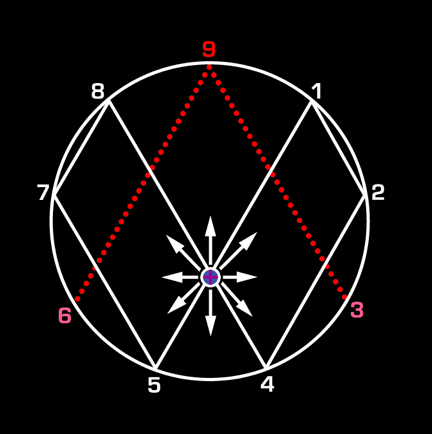 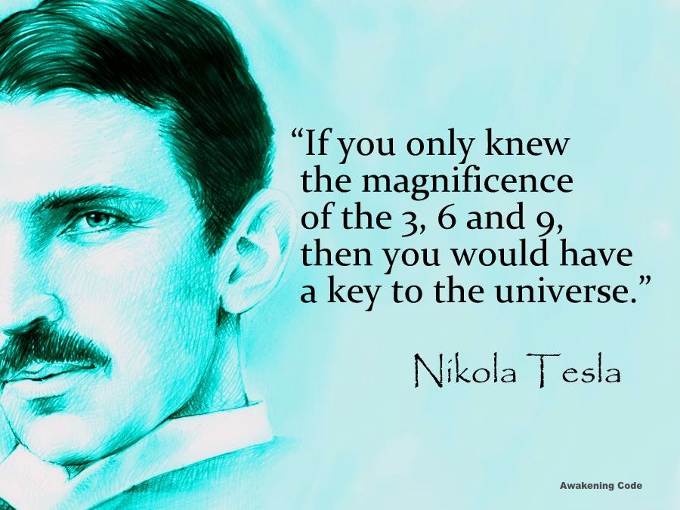 And, from this, we can create modified symbols.

What do the modified symbols do?

Are they a key to the undercurrent?

I suspect experimentation would reveal the answer to that.

“Its name means “the serpent” in Latin. It is an ancient constellation that dates back to Babylonian times. It was one of two snake constellations at the time. In Greek mythology, Serpens represents a snake held by the healer Asclepius, which is represented by the constellation Ophiuchus.”

Asclepius, of course, is the healer and physician who is remembered by the Staff of Asclepius, the symbol with the single snake coiled around a stick, not to be confused with the Caduceus.

That’s interesting because Azazel is also known as Asael. If we break that down, it’s Asa’El - with “El” being a common title appended to angelic names, meaning “godly/king/powerful/lord”. In which case, we have “Asa”. Guess what Asa means in Hebrew? A healer or physician. Yep.

This makes a lot of sense given Azazel’s ability to help people with addictions and other physical ailments. Not to mention his penchant for forcing people to awaken to godhood by casting them in a lake of fire. =) 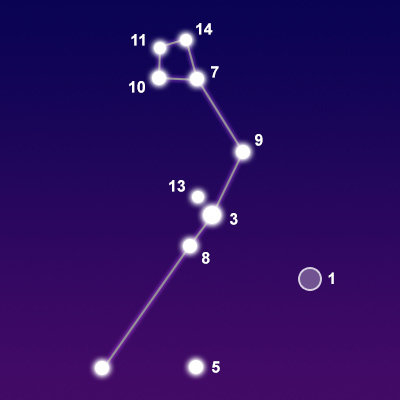 Do you see what I see?
Asael himself told me that sigil is “both Saturn and Mercury”. It also happens to have the Serpens constellation pretty clearly as the tail…

He also thanked me for sharing the Power of Eight. So, y’all should read that.

blood and sex and sin, and through the flesh which is the

Temple will you learn to travel not to the backside of the tree,
but to swim amongst its roots. Perfect the body, and see me

So you may find this of interest. 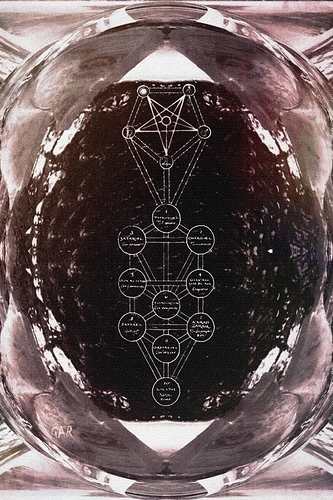 Source of the image.
https://thedevilsthornapple.wordpress.com

From what i know of vedic astrology this is tied to rahu/ dragons head/ that which we crave or can never get enough of and ketu/dragons tail/ that which we have master in the previous incarnation.
You may find this interesting. The guy’s titles may seem a bit out there but he knows his stuff if you want a channel that explores the links between norse and vedic mythology

Edit. Another name link to rahu is Vasuki shiva’s snake

Vāsuki is a nāgarāja, one of the King serpents of Hindu and Buddhist religion. He is described as having a gem called Nagamani on his head. Manasa, another naga, is his sister. Vāsuki is Shiva's snake. He is known in Chinese and Japanese mythology as being one of the "eight Great Dragon Kings" (八大龍王 pinyin: Bādà lóngwáng; Japanese: Hachidai Ryūō), amongst Nanda (Nāgarāja), Upananda, Sāgara (Shakara), Takshaka, Balavan, Anavatapta and Utpala. Vāsuki is famous for coiling around Shiva's neck, ...

This is eerily relevant, by the way. I have another image that I haven’t shared here. There is direct correlation.

errie synchronicity are some of the best.

the river, is also known as a lake of fire, the current which runs through all of existence the place that not even the Guru’s know, this is the place of damnation.

Many individuals who have performed the rite of the lake of fire / gatekeeper ritual, when we burn and ascend from the lake we ascend as a King so to speak, so maybe it is your destiny to die in that place and rise again as King and God of your own reality.

When i performed this rite, it was amazing i would suggest adding your own spin on it too, thats what i did. It makes it more personal as i was instructed to do by Abaddon.

Look into the Rite evoke the Gatekeepers and face your destiny brother.

This is also relevant. This time, to something else I found myself researching.
Musmahhu

This was my take on it:
The River King - a master of truly ancient knowledge. One who has assumed the throne and taps into the River, the secret flow of original, primal energy that has no name.

I do think your summary is valid as well and the lake of fire is certainly the process.

Yeah perhaps there’s a connection there, i’d highly suggest calling on the gatekeepers to gain the answers you seek.

@levilevi The Blind Dragon Also Known As Tanniver, Might be a missing connection to what you are looking for!