What is your thought on this topic?
I, for example can visualize even in color to an extent doing the LBRP or MP, but, Im not exactly manifesting upright flaming pentacles on my carpet of my bedroom, at least not that I can see in a general reality sense.
Psi Balls are interesting, but again, Im not seeing flaming fireballs hit others like snowballs do.

Hollywood is bullshit. Why is this even a question?

Im not exactly manifesting upright flaming pentacles on my carpet of my bedroom, at least not that I can see in a general reality sense.

Im not seeing flaming fireballs hit others like snowballs do.

This topic kind of reminds of the people who come to this forum wanting to know how they can fuck an anime catgirl or turn into a literal undead parasite…er…“vampire.”

You have to remember, Hollywood is fantasy, and it’s also a visual medium, which means it has to show physical magical effects, otherwise it would not be entertaining.

Performing actual magick is far less visual. What audience would want to sit for two hours and watch a character do nothing but sit in a circle and talk to themselves, when they could have them speak some gibberish out of a book made from human skin instead and then have all their friends gutted by some invisible force?

Well if you took the time to read through our many threads on the forum, then you could do just that - shattering your/the misperceptions.

Im not exactly manifesting upright flaming pentacles on my carpet of my bedroom, at least not that I can see in a general reality sense.

With regular,disciplined and consistent practice, it should become possible for you to project mental images onto the external plane.
However take note that this will possibly be only observable by you.

We watch EA sit in a circle and talk to himself.

I think Hollywood is why most people wrongfully get into the occult and then stop because they want an easy fix to everything. Although I do like the idea that we are all one mind, capable of all thats imagined and all conceivable. Magic is the art of lying to yourself so hard the universe starts to believe you. And if it all happens in your head… well technically so does all of existence so thats a great start.

I believe the author made this topic with the desire to discuss magic limitations vs hollywood representations (and therefore sometimes false expectations)… nothing wrong with that. I rather like these debates as they allow us to push the envelope with our own manifestations.

You know fun fact, sometimes believing in the unbelievable and optimism can aid in manifestation. Its how certain small factions win wars against empires. As above so below, as I beleive the world to be so it is. It’s a matter of identity such as why doctors in white lab coats are able to perform better than those that arnt because they can identify as a doctor easier, or how calling yourself a marine in boot camp before you graduate can help you achive the desired outcome easier.

I’d ignore any sort of “movie magic” when it comes to real magickal practice. If you want to force lightning people or shoot fireballs or something, that’s what dreams are for.

Now that being said, with practice it seems you can do some wacky stuff with your visual perception. Enochian magick has made strange things appear to me in my normal, external sight. Not quite flaming fireballs zooming around, but images and colors with greater clarity than is normal. I also visualize chakras so that’s helped with color visualization.

I think it’s interesting because Lucifer magick has improved my internal visualization abilities through the pathworkings, while Enochian seems like it’s messing more with my external vision.

You may also find The Fire Kasina Book by Shannon Stein and Daniel Ingram interesting. I’ve only skimmed over it, but the authors and some other skilled meditators did a retreat where they cultivated concentration and stared at flames a bunch. They could apparently make energetic images in space, like with an energy paintbrush, they could all see, so that’s nifty.

If you want to force lightning people or shoot fireballs or something, that’s what dreams are for.

We can do that with the aid of tools.

Other than the intense CGI and extraordinary fx, Hollywood show the utilization of magick in genuinely customary manners depicted in specific series or movies.

They’re sincere with how magick functions because a lot practice it themselves.

This isn’t to say what’s on the big screen shows up genuine to perform or do, however not a long way from it.

Hollywood intentionally broadcast what’s directly in our face looking right at us.

They’ve been doing this since the beginning. Propaganda and agendas are another topic.

Hollywood is a mages playground, and not a good playground neither to my belief.

Even the term “movie star” has an occult meaning tied to it, having to do with the cellophane on those old film strips, contained certain material that stars contained as well.

It doesn’t help that some occultists give a high fantasy kind of summary of magick lol, in which those with common sense have to fix.

Or someone very visually skilled.

I am kind of puzzled by some of the responses. Magick is thriving and has always thrived in Hollywood. Entire movie studios have been based on the occult i.e. not only in relation to their productions but as a guiding philosophy of their founders which has propelled their success and several celebs have successfully used magick. 3ABN yes the Christian station did a presentation on this recently. Link is below. I believe that a distinction must be made between hollyWEIRD and simply hollyWOOD. Hollyweird has a lot of people doing a lot of half baked stuff hoping to gain wealth most of them are pitiful and remain B and C list celebs. Then there is hollywood where a large majority of successful businesses and celebs are proficient occult practitioners. 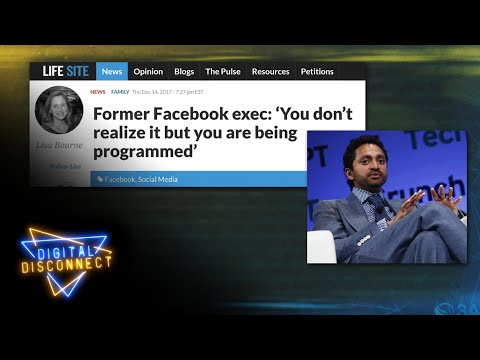 but, Im not exactly manifesting upright flaming pentacles on my carpet of my bedroom, at least not that I can see in a general reality sense.

cat shit is the secret

We watch EA sit in a circle and talk to himself.

Yeah, I guess its always entertaining to watch that type of thing.

Hollywood magick is fun to watch at best, but I admit that I wouldn’t be here right now because if it.

am kind of puzzled by some of the responses. Magick is thriving and has always thrived in Hollywood.

I think OP is talking about how magick is portrayed in media (ex. Harry Potter).