Meditated to a binaural track, and sent out a feeler to the unknown goddess, but my mind was unfocused and I couldn’t tell if I made contact or not.

Had some strange, sci-fi dreams, though, with scenes and characters from the series Babylon 5.

The soundtrack of today, in honour of Meat Loaf, who passed away at age 74 on Thursday, January 20: 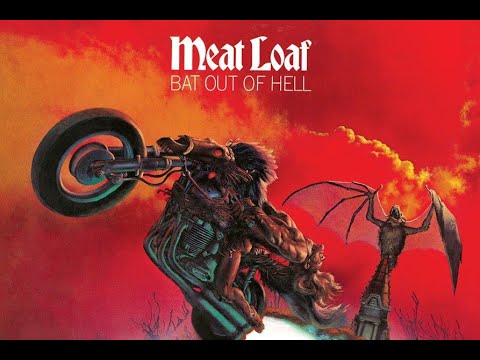 Life is a lemon, my friend.

@norse900 And that is why they invented hard lemonade (lemonade mixed with liquor-Info for provided for the squares in case it’s a Canadian thing to call it Hard lemonade).

@DarkestKnight Hard lemonade. I recommend it as a remedy for strange and or bad dreams cuz usually if you get drunk ya don’t have strange or bad dreams ya sleep like a log instead. Well unless ya wake up having to you know lol.

I thought that listening to this would have been rather boring but it turns out it was rather interesting.

Wow, hard to believe it is February already. The past month seems to have just flown by.

I’m starting work on another production this week. It will be good to be busy again, make some money, and have a chance to get out of my head for a while. I’ve been living in there far too much lately.

In the last few days, I have had several instances of intentions, made in a lazy, off hand kind of way, manifesting within a few hours. I completely forgot I had made them, so when they manifested, the first thing in my head was, “Huh. isn’t that funny? i was just thinking about that yesterday.”

I haven’t been sleeping well. I wake up feeling pretty exhausted, though I don’t remember having any more of the battle dreams I previously mentioned.

I’ve been neglectful of this journal as life has been keeping me busy, and I haven’t really had much worth writing about.

I’ve been using the time at work to practice some pranayama along with some discreet muscular contractions to raise my chi and circulate it.

I’m still working with my angelic mantras, mostly the one to raise vibrations and remove energetic attachments, but also several others. I’ve started experimenting with silently chanting the mantra to enhance psychic powers in my head while out and about. The effect doesn’t seem to be as pronounced as when chanting out loud, but that may just be because I’m not used to doing it mentally.

I was generously given a message from Prince Orobas by Mike Bee. The prince told me that the work I am engaged in is important, more important than I realize, and that the eyes of the old gods are on me now.

I think we are often unaware of the value of what we contribute. I know I tend to undervalue my own works. Thank you, mighty Prince.

The adventures go on.

I’m still working with my angelic mantras, mostly the one to raise vibrations and remove energetic attachments, but also several others

I think this has enormous value. Not just for “new” or “inexperienced” people. I usually take on more complex, nuanced, and longer-term issues that either I have or those that come to me have.

Anything like this is a boon, my friend. It gives an empowerment that relying on someone else’s abilities cannot.

Thanks. I’m learning there is more depth to these mantras than it seems at first glance.

I am the skeptical sort. I don’t believe in the absolute power of numbers or planets… Those are things I have to experience. Until I see proof or value, it doesn’t exist.

Well, I helped with the last batch. I remember feeling and experiencing those I tested. If there’s a private (before public) testing, let me know.

Last night, after the show, I finally managed to swallow my fear and took a journey to the underworld goddess who had visited me. I used the pathworking of the inimitable @ReyCuervo to first travel to Hecate, and asked her to guide me through the underworld.

Hecate led me through the darkness, her torch held aloft, creating elongated shadows which creeped along the cavern walls. We descended a staircase hewn into the rock, moving down into an even deeper blackness.

We came to a doorway, and Hecate gestured for me to enter. When I did, I found myself in a large chamber, in the centre of which was the goddess seated on a throne She turned her head to me and smiled. “Welcome back.” She bid me to approach, as she stood up and stepped off the dias.

As I walked closer, I could see she was naked, and quite beautiful. She was taller than me, maybe around six foot two or so, and parts of her body were covered in what appeared to be ash. She looked passed me to Hecate, who was standing back, just inside the doorway, and acknowledged her presence with a nod, which Hecate returned. “Thank you for bringing him.”

She turned her gaze back to me, and I could see her blazing eyes, full of hunger. There was a palpable current of sexuality in her presence. I asked her name, and she smirked. I then asked, “Are you Ereshikgal?” and her smile was wide, showing a mouthful of sharpened teeth.

*You will. You have caught our interest, and there are many eyes upon you. Use this to call me, so we can have a more…intimate meeting." She touched my forehead, and a symbol and word of power flowed into my mind, which I hurriedly scribbled down.

I nodded, and Hecate then led me back through the cavern to the opening. When I opened my eyes, I was lightheaded and had a headache, which lasted for while afterwards.

Wow @DarkestKnight that is absolutely incredible!!! Thank you for posting this. I felt very shy to give you the message of Prince Orobas but he was right. WOW

I’ve had several intentions manifest, and I keep coming across references to the non-linearity of time.

I was gifted some homemade bread.

It was a good day.

I chanted the high vibration mantra in the morning, and at rehearsal, I played around with some open eye visualizations, projecting a pentagram in the air before me, and structuring some sexy female forms to dance among the scenery. I also practiced some pranayama and energy circulation. It was a fun way to pass the time, though my Ajna was buzzing quite a bit, and I did develop a minor headache afterwards.

I meditated to a binaural track before bed to end the day’s adventures.

Mundane life is keeping me busy. I kind of like it. It helps to keep me out of my head, which is a dangerous place to be most of the time.

I’ve been playing with injecting a little bit of magick into my every day, some visualizations here, some energy work there, with some breath work thrown in, all things I can do while out and about in the “real” world. My clairaudience seems to be kicking up a level or two, and I keep hearing pieces of random conversation out of nowhere. It’s kind of creepy lol

I’m thinking about undertaking a 100 day intensive with the angelic mantras, to see how deep I can take them. I know there is more to them than meets the eye, I just don’t know exactly what.

With Ereshikgal, the Lwa, and the Fae, all waiting in the wings, it seems there is much for me to do.

And the adventures go on.

With Ereshikgal, the Lwa, and the Fae, all waiting in the wings, it seems there is much for me to do.

I can’t wait to hear more about this. I wonder what the queen of the underworld wants with you.

There’s not much to write about at the moment. I’m mainly working with my mantras, the high vibration mantra at the start of my day, and the spiritual perfection mantra at the end, and a couple of different ones in between. Work is keeping my days pretty full, but i’m also squeezing in some energy work and pranayama when I can.

As usual, the adventures continue.

I successfully stopped the rain…twice…when I had to walk to work, and when I walked back, and I’ve had other, small, intentions manifest. It’s kind of a fun way to play.

Had a blow out with my roommate when I got home from work, and found myself reaching for some baneful magick. I’m considering trying out Corwin Hargrove’s Universal Magick for this, as I’ve never used Enochian in a baneful way before so it could be an interesting experiment.

As usual, the adventures continue.

The unfortunate situation that developed with the roommate has escalated, so, to keep a long story short, I’m now in the market for a new home.

I’ve targeted the roommate with a sprinkling of baneful magick, using the Corruption sigil from Corwin Hargrove’s book Universal Magick, and the Dismiss the Will of an Enemy ritual from Damon Brand’s Mystical Words of Power.

I can’t put all the blame on the roommate though. I played a hand in manifesting what transpired as well.

The prices in the housing market in my area are pretty steep so I’ll be targeting some magick in that direction as well to hopefully bring me something of better quality than what I currently have.

This comes at in inopportune time, when I’m busy with my theatre work, but it is what it is, so the adventures continue.

I haven’t posted in a while. I’m heading into production week, so my days are going to get even busier than they are now.

I haven’t done any more magick on the roommate. I’ve mainly been trying to practice the Law of Assumption, with the idea that what I call “reality,” is in fact completely imaginary. I’m taking the approach that I am God at play with the universe. We’ll see where this takes me, If I can maintain it without getting emotionally bogged down in circumstances.

What a clusterfuck of a day. Spent twelve hours in the theatre, supposedly to build the set, but the set designer/builder was so unprepared, we couldn’t start until 4 hours later than we were supposed to because, for some reason, it took them over an hour and a half to go get some paint, which they should have had ready before even getting to the theatre. They had plenty of time to get all their ducks in a row, and a production schedule to follow, but, of course, they didn’t.

I’m beat. Have to pull another twelve hour day tomorrow to play catch up on all of what didn’t get done today. It’s difficult to maintain my magical approach to reality when bogged down in the technical minutiae, and it all went out the window pretty fast when things started going wrong.

The adventures go on.

It’s difficult to maintain my magical approach to reality when bogged down in the technical minutiae, and it all went out the window pretty fast when things started going wrong.

I feel that. Hard to remember that reality isn’t real when it just wants to command all of your attention.

If I may be so bold, for LoA, I would recommend the holy trifecta:

This trio worked really well for me when all aimed at the same goal of buffing my everyday manifestation.

I would possibly tweak it by adding a spirit you have a close relationship with to oversee it, or… how to put this… to remind you of it. I have some entities that I turn to for every last little thing I want regardless of their given/recorded specialities. For you, Raziel? (I’m being presumptuous now.)