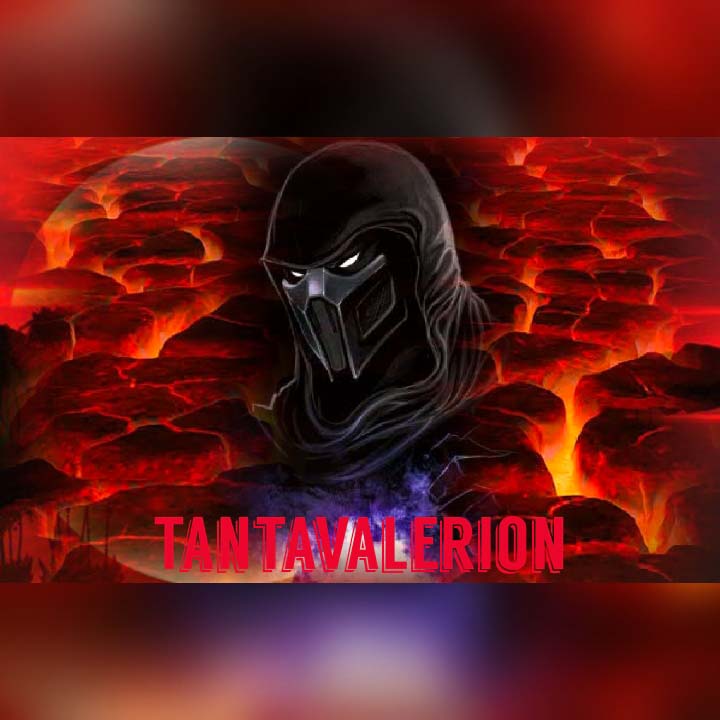 No info or anything about this Being at all and people are curious as to whom he is, his works, etc. I thought of calling him, and fetch some info from him.

Tantavalerion is bigger than the title ‘King’. He’s a great one. He doesn’t belong to the Demons with ranks. He sublime them. And I think he’s higher than Lucifer according to their hierarchy (though I didn’t ask him), but Lucifer got all the attention because he lead the REBELLION. There are Demons way higher than Lucifer; Demons that Lucifer won’t dare look in the eye. But Lucifer is way exaggerated, especially religious people…they think Lucifer is the first Angel. Nay! He isn’t even among the Angels that surrounds the Throne of Glory.

So… Tantavalerion…I put my experience with him on my blog, but I also wanna share it here.

"I didn’t prepare any ceremony for this operation, I just don’t feel like.

I invoked Tantavalerion, I didn’t even talk much before I saw great tempests!

Thunder strikes from above and hit the earth, and a shadow being appeared.

It was a very long conversation, based on questions and answers. It got to an extent he said, “Next time you’ll do this book an appointment.”

When he appeared, he appeared as a shadow being. He won’t reveal himself. I asked why he came as a shadow, he said, “I take any form I like”. I was like, Oh, ok. There is nothing attached to it or a reason behind it? He said NO.

Me: I’ve called you for question and answer. But first, why do people fear you? I read in a book that you’re terrible, bad, evil, emperor of demons, this and that…

Me: What order of the Angels are you?
Him: I am not an Angel, and I am an Angel.

Me: Oh, I mean the Nine orders of the Hosts.
Him: Power.

Me: What does your office do? (He was very reluctant to talk).
He showed me a vision of war.

Me: What else do you do? No one does one thing.
Him: I will only tell you one more thing. He showed me a vision of people with dogs, searching or looking for someone.

Me: Interesting! That means you discover, and can find things?
Him: (sigh) Yes.

Me: lol No, you can’t. I know the laws.
Him: I will answer three questions more.

Me: (hehehe) No, I’m in control. I called you, not you me. I give the words. You didn’t come to visit, I made you come. So it’s my thing (i laughed again), you can’t take over.
Him: (sigh) Ok, what next? But you know I’m always busy. (I asked: What else do you do?) I told you I can find things, discover things.

Me: Things like? Can you discover theft? Find where treasure is buried?
Him: Yes.

Me: Yeah! That’s it. Good. One more thing…
Him: The last thing. No more question.

Me: Come on…if this is a physical invocation, and I’m with pen and book, you won’t leave.
Him: I won’t even come. I would send someone.

Me: lol Tantavalerion…my purpose of doing this is to make people know about you…tell me two names of your disciples, and what they do.
Him: No!

Me: aww ok, give me your character then, it’s not in any books.
Him: That’s because I don’t want them to have it.

Him: I want to leave.

Then someone appeared. Tantavalerion speaks: He will answer the questions.

Me: Ok, he will answer every question I ask?
Him: It’s up to him.

Me: lol if he doesn’t answer then I will call you again.
Him: (sigh)

He disappeared. I smiled and said Oh I haven’t said you can go…he replied: I don’t like talking. Then appeared again.

I asked of the names and office of two ministers of his, he replied: NEVER!

Like I said, it was a long conversation. I enjoyed my time with him, and that’s because I am Lux Fero. It doesn’t mean it will be the same for everyone. So don’t simply approach him like I did.

Before he left, I asked if he helps clear blockages. Like, someone who keeps failing at his endeavours, whose path is rough, whose effort in magical practice don’t reflect etc

Him: Yes, my office does that, but we don’t have a reason to help people. Why should we help anyone?

He further said if anyone comes through me, and need his attention they should call him via the method I used. That he will surely answer them.

Oh I also asked, Do you know Lucifer? He replied, “Don’t ask questions you can answer”."