I’ve no experience with magick really except reading things, haven’t really seen anything yet or been able to do much.

I’m not sure exactly where to start, what the basics are, that flow into the rest of it, as I see people in posts writing instructions to do things that clearly require some basic knowledge or foundations.

So that’d be great.

Hi everyone,
My name is Brooke and I’m new to practicing Black Magick and actually any kind of Magick but I’ve been interested in this my entire life. My goal is to learn as much as possible and become as powerful as I can. I think I’ve finally found my calling in this. 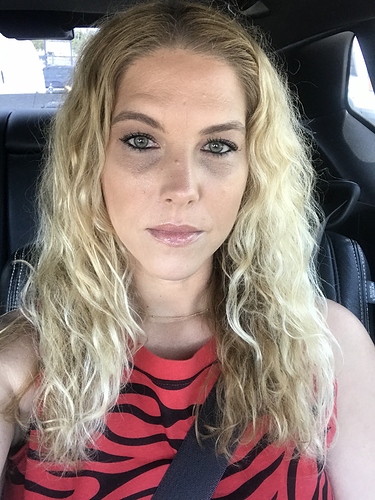 You’ll find that is a pretty common theme. Most grimores are wrote with a level of expectancy on the writers side. You can find plenty of books for new practitioners but it all depends on what your field of study is going to be. Use the search feature and look around the forum. If you have specific questions you cant find an answer to. Make a post. We have a large variety of magicians here that cover about anything you could look for.

Take a look on this maybe

Since it seems like people are having trouble getting started, I’ve decided to set up a small beginners routine that could help you develop the basic skills necessary to get started in magic. Because of the differing time constraints I won’t post any set period of time to do any of these, nor will I post them in any order, simply work out what would be best for your schedule and incorporate it into your life. MEDITATION ON SYNCHRONICITIES AND MEANINGS Go through the list of events that have ha…

Thank you. I’ve started “Black Magick: The Left Hand Path”. This forum has helped with a lot of information that simply can’t be found with Google.

So truth, this forum is for people who practice different forms of magic and followed different wiccan paths.

Hi Im badgal from my mars , I have a stronger emphasis when it comes to the santa muerte my family actually introduced me , I dabble in wiccan rituals occasionally. Im a real estate agent in so cal and my goal is to bring weath into my life and my current struggles relate to love

Al.
P.s. I love women like you. Beautiful pics.

Hello, I’m here to learn Koetting work. What I’m referring to isnt secret government, its a secret pattern signature being developed inside a false ascension matrix, no official term has been assigned to it so most of us say secret government. It aims at everybody not just a small group and really hard to detect because it seems like real ascension. It has some similarities to some of the effects in occult magick with the creation of clones but its not the same thing as the occult. Meaning when your trying to ascend in any form of craft white, black, grey, no matter how hard you try to maximize your power this matrix will automatically deploy what appears to be demons as a first glance, create a ceiling, on auto pilot that no one can get through. But they aren’t demons or leeches or interplanetaries at all, it appears someone has managed to clone the signature of various demons and interplanetaries to create hybrids that can be drafted to human signatures. Kind of changes the playing field. Let me know if you’ve ever heard anything like this. It’s interfering with my metaphysics, I’m here to learn some tricks to eliminate the ones who get in my way.

One of the oldest links I have of the false matrix if anyone’s curious, http://dev.null.org/psychoceramics/archives/1996.05/msg00008.html

Hello, my name is Jonathan. Im completely new to the forum and to magick.

My current goals are to make a lot of money and to control my mind to not suffer anymore of its own accord. Also I would like to astral project and have sex with demons.

My current struggles are to eliminate feelings of guilt & nihilism. It feels like they are holding me back a lot. I will do this by learning magick & meditating.

Hey, I’m Jason
I’m interested in candle magic. I just wanted to get started with that, and then maybe move on. So, I’ll keep trying till I figure it out first. I don’t really talk much. I like to listen and learn. Thanks for having me!

I’m still learning and pretty fresh to all this. I’m very interested in digital/technology, especially in regards to forms like XaTuring

I look forward to learning more

Where do you hail from?

Do you have any practical experience in any form of magick?

I’m from Australia. None at all if I am honest with you. Just really curious at the moment!

Well then, welcome to the rabbit hole that is BALG!

haha for sure! I’m a little hooked already, I was lurking for the past week before I decided to sign up

Ciao, mi chiamo Antonio and I am a newbie to the forum and somewhat new to the basics of the ever popular magic and wanted to learn more through any outlet I can. I want to learn and expert in demonology and the mastering of sigil and ritual magic. Fortune telling is also I guess a side goal part of it as well.
Currently I am struggling to really get in touch with my spiritual side and want to delve into such a topic with my self.