Introduce Yourself To Members Of The Forum 2.0

Thankyou! The forum is amazing. Best part is the support and authenticity of experiences.

I am in to all types of magick practice and have been on my left hand path for almost a year come February.
Even though I just started, I’ve already made significant contact with the entities called forward.
I’m really into soul travel and soon will be learning voodon.
Currently working with ant’harratu and started with suhn’tal’ock.
I’m still working towards becoming more involved and invested with magick on a day to day practice… hints while I’m here to try to gather information to help me on my journey to becoming a living GOD.!

Will see if I will use it tonight

I can only encourage you to work with him, he’s great.

Hi there. I am Pandora (42), a Mommy, model, natural magician and empath. I work with the Fae, elementals, deceased relatives and other spirits including those of the Goetia, as well as ET/ED entities. I have a huge interest and lots of experience in lucid dreaming as a way to visit parallel realities and other dimensions.
I grew up in a haunted house where the piano would play itself at night and wake up the family, televisions and stereos would turn on when unplugged, a 10 foot tall shadow being and more. I first KNEW there was something after death when my Grandmother (who passed away 3 days ago) called to my twin sister and I from beyond. We both reacted as we were conditioned before realizing what happened.
I am a survivor of SRA… my story is very unnerving so I will spare the details. Let’s just say having teeth pulled with rusty pliers was a regular fun game for our abuser. I believe she was possessed or perhaps feeding a demon. Any info is appreciated. She knew EXACTLY when she would die, and always told us she would never make it to see us twin girls turn teenagers. She passed at 9:30pm the night before our 13th birthday. Thus begins my exploration of the strange and unusual. 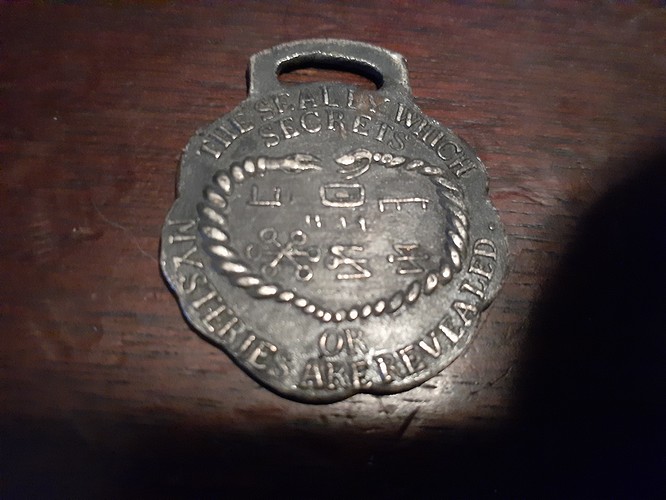 Hi, I’m Rabbit. Came here mostly resigned to finding more of the same ‘you’re SOL’ when it comes to parasitic incubus attachments/possessions. Casual hedgewitch from time to time when I can no longer ignore the visions and flow of things around me. Only good(?) thing about the spirit parasite is it’s deadened my senses to an extreme, though that also means I can’t raise energy for spellwork and invocations. Nothing like trying to banish something when you’ve lost your ability to channel/gather energy.

Welcome @RabbitMochi, how long have you practiced, and roughly where are you from? We need those things to make this a proper introduction:P

Now with that out of the way, here’s a few things to try as far as the parasite goes, the first two work really well together, and the third I’ve heard good things about. Just keep in mind, that once things like this are well seated, it often takes a combination of things, or continued effort to keep them from returning as soon as you let your guard down.

Alright so here is the first of two servitors I am creating for anyone to use. She’s designed to banish and ward the area you summon into, or send her into. She’s pretty simple in the grand scheme things, and yes the sketch I created is essentially a throw back, from My little Pony. I chose this image for two reasons, one I recently started creating one for someone (and I thought her male pony was adorable), and made a similar image and for two, the biggest request I get when creating servitors,…

Angelic Words of Power and Mantras

To raise one’s vibration and loosen and remove negative attachments, including parasites:

Raziel’s warning: This mantra will remove all unhealthy energetic attachments, including attachments to vices, addictions, abusive people, and obsessions. When these things are removed, you may feel a sense of loss, especially if they are deeply entrenched within your energy system. One tester found themselves losing the urge to indulge in their smoking habit after chanting.

If you are host to a parasite or other vampiric entity, vibrating this mantra will shake them loose and drive them off. However, it won’t be pleasant as they will fight back and try to get you to stop using the mantra.

I felt this mantra vibrating my entire being, and my body tingled with energy up to a half hour after using it. The first two work really well together, and I’ve heard good things about the third.

Note: This mantra should be used in conjunction with other protective measures, such as wards and banishing for full protection.

So, I have been noticing an uptick in parasite activity as of late. During my Beelzebub working, I created Dremus from an aspect of myself that was once useful for my survival but got pushed into the shadow when the anger was no longer beneficial. I gave him the form of a carnivorous plant known as the Demon Flower, while teaching him how to devour parasites for the sake of not only survival but to reproduce himself and store excessive energy to share with a magician if he chooses to. In the jou…

But if the parasite came about as part of a letter of intent to Lilith, or something like that, you may have more luck petitioning the entity who sent it, to take it back.

Hello! Iam Xena. I have been practicing angelic magick from Gallery of Magick. My favourite is The 72 Angels of Magick. Also I have used crystal stones to bring karma back to people who have done sth bad to me or hurt me. This works really well like a clockwork. And because this is so effective then I carry defencive stones also with me. Right now Iam waiting an answer from Master curse ( Magickal Attack by Gordon Winterfield) which I carried out in March 2019.
So alltogether I have been into real magic for two years.
I hope you will like me being here and we will have interesting time together in this forum

About 20 years of casual witchcraft (so, maybe 5 actual years’ worth of experience really sprinkled about), mostly from the USA. Not particularly religious - the gods have a definite Feel to them but I’m not much of an acolyte.

I actually tried your Luna servitor before even posting - didn’t do much except kick the parasite into high drive in trying to get my attention. Parasite itself was a dumb, dumb invite I sent out to the void in my early 20s - it appeared pretty much instantaneously, so I go back and forth whether its claims that it’s been hanging about since before that are true.

I actually tried your Luna servitor before even posting - didn’t do much except kick the parasite into high drive in trying to get my attention.

Ah well. Parasites don’t like it when we try to get rid of them, and the really well seated ones try to fight it. Sounds like you’re going to need to either get some help, or combine things and really insist that it is not going to be a part of your life, it’s not welcome anymore. @norse900 is good with these things, so maybe he can pm you, or you could open a thread to get some more ideas too

Welcome @Xena, thank you for sharing your experience.

I hope you’ll open a journal or write some threads about how you are using crystals for karma payback, defense and protection, because I don’t see nearly enough practical information on the subject and I’m sure we could all learn something. I don’t subscribe to the belief in Karma as anything more than every action has a consequence, and consequences could be either good or bad, but I’m certainly interested in learning how to better use my crystals in conjunction with my established practices.

I’m going to give the Dremus sigil a try as well as keeping Luna running. Luna did clear out a bunch of junk in my head for some needed clarity, which was nice.

I miss being able to access my own power, though. Honestly I have to respect the cunning of blocking off the basic ability to gather energy that might be used against it.

Hi Xena, welcome to the forum

Great to have you here & look forward to your contributions.

It is very easy actually

For karma purpose for example you take Dalmatian jaspis in your hand and think about the person who has done you wrong. Wish the same to this person. After that you start to wear it. It will break when gives you the result and It WILL give you a result. … So, really easy with crystals

Hello! I like LHP and demons. I am building a relationship with bael now through automatic writing. He is my favourite demon . I am not very experienced with magic but I was always drawn to it

Welcome @Samael11 Please tell us about yourself.

What, exactly, do you practice, besides automatic writing? Do you have experience in any systems or traditions?

How long have you been practicing?

I prefer to keep my location in secret because I hate my country. I practice the occult since 2015. Practiced tarot and numerology a lot but not very experienced with magic. I am only into LHP. I don’t like yhvh and his angels.

I am Wicker and the occult has been my interest for +10 years. I come to magick for periods and then forget about it. Current ambitions include being the best version of myself possible. I like sigils, chaos magick and working with Goetia.

Hi, Everyone. I’m Lsolisn4k3 and I’m a newbie to the magic world.
I like Self Improvement Black Magic (if that’s a thing)
my current ambition is to become the best version of me. right now I am lacking many qualities that I wish I was born with.

its a great honor to be here.
hoping to one day I become a really good at magic and help others in this website.

Hello, I’m binaam
I’m 23 and a newbie
Fields of interest: mainly witchcraft and servitors
ambition: BALG
Nice to meet you all.

You said these are your interests but do you have any practical experience?