How to get your ex back

You’ve signed up to our humble forum in the last hour with one goal in mind and probably one goal only: to get your ex back.

This thread has the goal to guide you as best as possible.

Let me give you a heads up: most people don’t pull it off.

There are two reasons for this.

ONE: as a newbie, the rule is to fail. Why? Because magick is a skill (or group of skills) and before using it, we have to develop it. So if you have zero experience maybe it should be better for you to search for a tutorial for meditation and trance work. Anyway, there is some chance to make it work, so I have to say that too.

TWO: as @Verdo said in another thread

Now @ReyCuervo is right when he told you most people here don’t get their ex back via magick, but he didn’t tell you why that is. The reason is typically because the operator cannot let go of the situation or the girl they so desperately want back…and if you can’t let go after any ritual, the results will struggle to manifest. So ironically, the way to succeed is to let go of her to the point where you aren’t too sure if you’d even take her back if she came running back. The magick itself isn’t difficult. Any obsession spell will bring her back. The biggest factor when it comes to bringing an ex back is the obsession of the operator.

There is another school of thought that says that you can fuel your magick with lust for results. And I am only saying this so you’re aware that it does exist, but most people here would disagree.

Now, to the point: how can you get your ex back?

The first thing I would sugest is to identify the reason they’re your ex and not your partner anymore. Is there someone else? Boredom? Divergent paths, like an awesome garden of forking paths that inevitably pull you two apart? You’re too damn whinny and immature that if you’re dumped instead of moving on you would try to become a magician?

Well, solve that first. Worry not, magick can help you with that too. All of that. Specially the later.

Nevertheless, we know of two instances of people that have had luck with two demons.

The goetic demon Sallos in one hand and Satanachia, known in the andean Muisca tradition as the goddess Chia, in the other. At least, according to VK Jehannum.

Since I do have experience with Satanachia, I’ll try to explain how to work with her in the most basic possible way.

You draw her sigil: 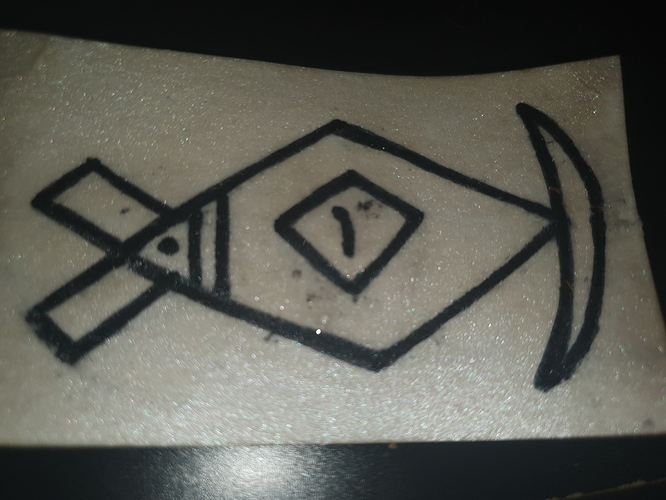 (picture taken from the forum itself)

Once you open the sigil / establish contact, you ask what you want.

Now, I have got some results myself (not related to bringing anyone back) by just speaking what I want. But magick, as a general rule of thumb, is fueled by intention. In the context this means to use your imagination and emotions to describe your desired outcome. In this case, you can imagine a day in the future where you’re both together again. As you picture this, you feel the happiness you think this should bring you and the gratitute towards the demon for making it possible. But you imagine it as something that has already happened, maybe even as if you’re telling someone else that yeah, you two are together again.

If you’re promising anything, any sort of offering, you can call upon her to give it once she does her part. If you promise to do it before, you do it before. No matter what, you do as you promised. You can promise nothing, anyway.

Reference thread for someone who got his results with Satanachia.

This is his sigil: 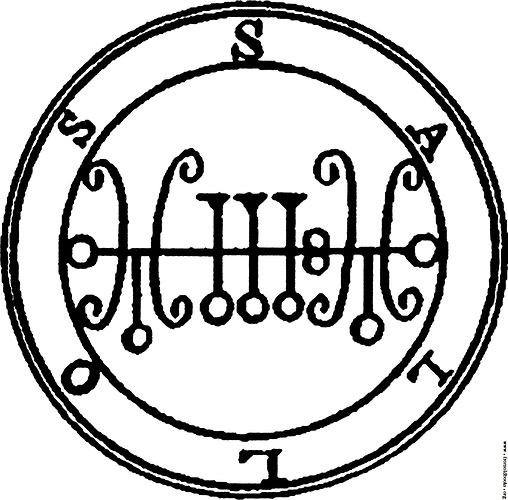 (Again, image taken from the forum)

You open the sigil as stated before. Period.

Other ways can be used, such as evokation for a more direct contact, but that’s a way more advanced skill and, let’s be honest here, if you could do that, you wouldn’t be reading my humble tutorial.

Reference thread for several people that got results with Sallos

Sallos can do more, tho. According to our friend @AdamThoth, he brought him his soulmate. In my book, that’s A LOT.

But that’s as far as my knowledge goes in the “Bring my ex back now and a double of french fries, you’re welcome” regard.

In any event, the best advice anyone can give you is to move on. If you decided this is what you want (and I seriously think you should), then I have something more for you.

I have personally used this one to help someone else. Some time after the ritual was done, she came back and posted that we saved her life, so I’m pretty sure this works (and I won’t tag her unless she says I should)

The angels Lavel, Loriel, Achmashiel and Valaliel, working together with the goetic demon Botis, can aid “To recover from the pain of a broken relationship”, according to Henry Archer. And proved by me and several others in this forum.

Since all of that comes from a recently published grimoire and there is a copyright, I can’t provide sigils or anything else, but the book is called “The Magick of Angels and Demons”.

I wish you well, from the bottom of my nicotine ridden heart. In this forum we help and support each other, so I just hope this is the beginning of a long, long path of self-discovery and world-discovery for you.

Let us part ways by quoting the greatest fictional wanker ever written:

I’ll tell you the ultimate secret of magic: any cunt could do it

-John Constantine to his creator, Alan Moore, somewhere in London, UK, real world (yes, that happened… if you believe Moore, and you better should, do you know how tall that fucker is?!)

Great job buddy. i loved and enjoyed reading your thread. Thumbs up

Thanks a lot, Fallen. It is just a little service to the community.

Thank you for doing this! Important threads have been getting buried under countless piles of “get my ex back bullshit” for way too long. Glad you took care of business here. Well done! Cheers!

This way we can redirect that old question here in order to decompress the main page, to make it more readable. I think all or almost all the relevant information is in the thread.