Dream Interpretation Resources (and help with understanding my dream)

Hello! My name is Sarah and I have been trying to improve on my Dream Interpretation magick. I realized it is difficult to find the right sources to understanding meanings and symbols in my dreams. I have also noticed that interpretation differs greatly between religions and cultures, so that this is even more difficult. I was hoping to gain some insight on what resources you have used to build your “dream encyclopedia.”
Last night I had an unusual dream so I am trying to understand its meaning, and if you can help interpret it I’d be grateful! One part of my dream stood out:

A friend messaged me a question about the true name of Satan. I messaged him back writing, “I know Satan’s Hebrew name. It is Azazel.” A little while later I received a letter (I think from Azazel). I do not recall what was in the letter, I just remembered I had warm, happy feelings from it. Enclosed with the letter were two rings, one silver ring with a black stone (I think black diamond) and one silver ring with a brown stone (I think brown Topaz). He wanted me to wear them, and I gladly did. I took off a bulky silver ring I had on my left hand’s ring finger and put on, first, the black diamond ring and then the brown topaz ring.

I want to get more insight into this because I truly believe I have some kind of connection with Azazel for awhile, but I do not want to overthink things and make mistakes with my interpretation. Thank you!

In the simplest sense it sounds like you have an interest in working with Azazel, or you are getting an invitation to work with him. Either way why not try it and find out what working with him does for you, you don’t have anything to lose?

I don’t know what the rings mean, but I suggest keeping this info in a dream journal, you might find out as you go along what that means. I has the feeling of connection again, so I would go ahead and evoke and have that conversation.

Thank you. I have been keeping a dream journal and it has really helped me! I have a problem overthinking things, so I have been taking it real slow. At this stage, I have been doing all I can to learn about Azazel, all the sigils, and different ways to begin the invitation process. It is quite a lot to sift through.

Got you. I’m actually the same way, I will read up and prepare thoroughly before starting something new., I’m pretty cautious that way.

When the info I find starts being repetitive, and I start to have opinions on the material based on what I read so far, and then questions no material can answer, that’s when I know it’s time to get stuck in and make contact.

I will be on the look out for the saturation point! Thank you… It is difficult going through this without having the right people to talk to, so I appreciate all this.

I want to get more insight into this because I truly believe I have some kind of connection with Azazel for awhile, but I do not want to overthink things and make mistakes with my interpretation. Thank you!

Azazel reached out to me in a dream as well, I evoked him and he shocked me and gave me a dramatic spiritual experience.

“I know Satan’s Hebrew name. It is Azazel.”

Pretty sure Ha-Satan “the adversary” and that title is given to Samael but Azazel is linked to Samael in an archetypal role as a fallen angel, origin of sin and chaos.

From my research Azazel actually predates Satan (at least in written form) based on the book of Enoch.

This is my experience contacting Azazel. I do not know why but Azazel decided to reach out to me while I was in the mental ward (mental health section of the hospital) I had a dream about being eaten by wolves and so did the other patient I was sharing the room with. I saw Azazel’s sigil on a black rock, I had seen it before because of this site. I decided I’d call him after I got out. Up until this point I had not had a supernatural evocation experience. I went through the ritual and called t…

Here’s the second part to my research:

Azazel/Satan/Samael experience then (at the end) video explaining my experiences and testimonial of the existence of JESUS CHRIST through first hand experience Here’s an ancient fallen angel, from my understanding he is older than what people call Lucifer (note this is just a translation of another Hebrew name, but usually when they think of Lucifer it’s an amalgamation of various Devils, Demons, and maybe a fallen angel). Azazel is interesting…I believe he was allowed to select me but I do no…

I’ve been battling with religious ideologies in general and the pull they have on me. People here and online say Christianity is corrupt and that I should do whatever I want.
But at the same time I’ve had experiences with both Azazel and Jesus…i don’t know how to feel about those two realities.

Anyways, if you aren’t particularly keen on the Biblical God or Jesus disregard my warnings and fears concerned with Azazel.
I participated in a ritual with Azazel tonight and it was rather dramatic we’ll see how it plays out in the next few days.

I’m definitely not a religious Christian but the idea Azazel is Satan and personally contacted me and “chose” me is rather…idk. That’s either the coolest thing ever or I am going to hell lol.
Also I stated it there but I believe the ritual of Azazel was the precursor to the crucification ritual performed by Jesus. 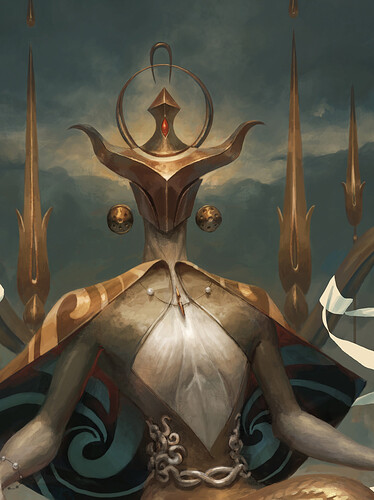 Here’s the video I used (someone shared it here): 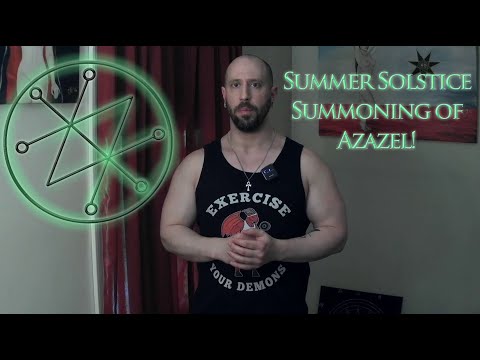 Thank you so much for sharing your story and providing insight into mine. I am muslim, but many of the deities are similar- including Azazel. I think one of the biggest things holding me back is the timing of it. I had my first dream of him (yes- I have had multiple dreams at this point), after reading about him in a book and researching who he is. Nothing big has happened in my life and I really do not want to summon him to use for my own desires. I wonder if, partially, it is just my mind sifting through all the information I have learned recently in my sleep because I have been reading A LOT about him and learning all kinds new information. If that is the case, I worry summoning him is…not what I should do?

It’s your life do whatever you want, unless you have reason not to do the thing

We had similar dreams
In one of my dreams i had all 9 demonic Gatekeepers Xd pretty Weird dream so to speak,i even had belial once in my dream where i was invoking him in dream​:grin:

That’s crazy! My first dream was an invocation dream. I had purple and white candles. I said Azazel’s name twice trying to invoke him but then I shook my head and said Samael’s name twice. Then some guy walked by with a line of chickens past me and my alter. But all the gatekeepers? That must have been seriously intense!

I guess I need more than just dreams and tarot. It’s easy for me to hyperfixate and dream about what I am thinking as well as project my thoughts out. If it’s the case that he isn’t reaching out then summoning him could be harmful, especially if it annoys him. Besides this is all happening within a month. It seems to soon to take such a serious action as summoning him. I have never done anything like this and many people recommended against summoning Azazel if someone has no prior experience. I know that there will be a point where I am sure of whichever decision I make and until I reach that point I should not do anything rash.

Also I would love to hear what came of your experience from working with Azazel the last time!

I understand. It seems more common to feel them or their presence in a dream rather than seeing them clearly.