Do we chose to incarnate!

Any time I look up the subject it says we chose our parents but what if they are going to fuck you seven ways from Sunday before you can even talk like I refuse to believe anyone would willingly choose this nasty place which leads to me believe its a reincarnation trap, so ergo who is lord of this world and who keeps us here, how do we fight him,make him let us go on to future , better worlds, I’m at a loss to pick sides I despise both forces for constantly nudging an pushing me, constantly testing me, am I good am I bad, just let me fucking be, I feel like a enemy of light and dark, defiled by them both making us choose to play in their war. Duality , polarity, when will it end, I grow weary at the constant Youtube vids, new age and Christian about the upcoming end or judgement or planetary disruption, just get it fucking over with already, I want to go home.

Yes
No
Nothing & Everthing
The balance
Dath
The great abyss
And imperial haven
Are we lost, found,
Sinner, Saint, hound of carnal pleasure
Maven of endless rath
Living in the spells of cereal
Or Warrior marching into hell
For a heavenly cause with no true
Salvation, sovereign, or society…
Lingering for blood yet spilled
The endless fortune
Dance of the red shoes
Babble of soothsayers
Prophets of taliwagons
Standing in the breeches of karma, cause, effect and chaos.
Stained by the evil doers known as our rotten, betraying, so called Authorities, parents, human guardians.
This blue print
This masterpiece
We call life
In a meat suite!
I wish I could answer you
Yet I have alllllll the answers
Blessed
Cursed
Dead
Alive
Allll at one
And never again 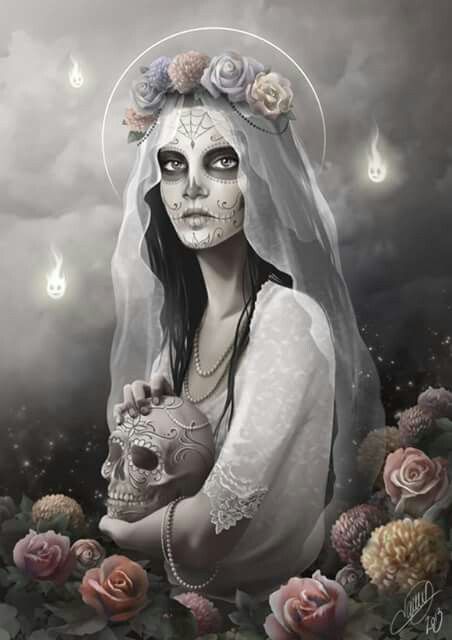 I forget what magic is and isn’t, but I still like to fantasize one day I’ll break the mystery’s of this world open after finding some obscure grimoire or magical talisman and Il know all the answers. But then then it would be anticlimactic.

I just sense a feeling in general that everyone from all walks of life and beliefs are waiting for something to happen that will give them meaning and purpose, wether it’s Yeshua, little green men, Niberu, Brahma, Shiva, the Magdhi , the antichrist. I just wish it would happen sooner.

Does anyone think anything will happen September 23 this year, its an astrological event like the dragon being in the belly of a another constellation or something to that effect dont quote me, its just there’s been so many dates but Freemasonry fuckboy Drake put it on his album tilted, “September 24 , nothing will ever be the same”, id like to think something big happens but these paedophiles are all misdirection and no trouser’s.

~How could i miss your posts in this forum?? ^^

*I’ll keep that picturee for future altar setups, by the way.
Its wonderfull.

I love that reply btw,that could be a beautiful wall poster , if you added some personal art work on the subject matter seriously, it could be a best seller, so poetic, insightful, you’re a kindred spirit, a twin flame. Love and light, Namaste.

Brilliant post by her indeed, Il be keeping my eye’s out for future posts, it speaks to one deeply.

You humble me
In this dark decae we call the dance
Yet how will we ever touch the face of God/goddess when there are so many faces to see.

As for the One you named "Fuck boy"
Well, he’s tuned into the current and knows a fate he is sharing through sublime subliminal messaging. In return marketing his own manifestations. For God sake. One of his once hood rats, thought it was reasonable to shop for Kotex in a Bugatti. I can only imagine what else he endures from the heartless. Know yourself !

I’m at a loss to pick sides I despise both forces for constantly nudging an pushing me, constantly testing me, am I good am I bad, just let me fucking be,

As long as you’re placing your attention outside yourself, you’ll never see the god - and the GLEEFULNESS - within!

To the original question, I’m convinced we do choose to incarnate. When we choose to incarnate into a bad situation, we choose it so we learn something. Some can’t handle it and check out early, some even check out early out of a need for vengeance, and most just plod through and learn the lessons like toughness and perseverance. Its all choices and for most wiser souls, the choices have reasons.

But thats my own personal gnosis, i suppose. Its also part of why my rage is rarely murderous- i believe that lessons aren’t really learned if you’re dead, but maiming comes with lengthy convalescence and rumination

In my youth I even broke another youths back, not permanent but another youth went to prison for two years for gbh for it when i was the one that inflicted the blow , but now I feel like shit, I’m the sort to let people walk all over me then snap one day and smash someone’s face in for a drunken slight its only since turning thirty my ability to switch off my emotions is gone due to the gray matter in our brains dying, that’s why mk ultra victims and celebs snap at 30, all the conditioning wears off, and I’ve had alot of physiological abuse so I had many defence mechanisms in place, which worked as a kid but now, I’m overloaded with emotions and abilities’ to pick up even the tiniest social cues from others around me, studies show people like me may even be able to sense chemical changes in others brains because as a kid one was always waiting for that adult to attack you mentally, I’m a emphatic mess lol

if shit is going to hit the fan, why bother try do anything worthwhile

^ YES - this is why all the slave religions have a big day of reckoning, and not only is it there but they also sell people on the idea that it’s coming any day now, see the signs, etc etc…

I don’t know if you read my prophecy thing but that was what was leading the world into some serious decimation, not some glorious day of reckoning followed by validation as promised by the slave religions but just as a total collapse into apathy and nihilism, that is why this whole theogenesis thing - taking the power and the fun back, is so important - we nearly had all the world’s co-creators collectively throwing up their hands and letting some really nasty astral trash have the final say.

I mean yeah obviously JMO/just my UPG whatever, but I’m very solid on that first part, tell people “it will all be over soon” and they just totally give up and let anyone who wants to take the wheel.

My goal for quite a long time (actually, going back to childhood if I'm honest) has been to command the power of a goddess within my lifetime. Or, to use the term by which Google merrily delivered me to this site one time, to "become a goddess." :slight_smile: My goals aren't just to command godlike powers, either - they're to be able to affect reality with my thoughts, as easily as I can control events in a daydream: for example, change the past, control the future, and manifest objects fro…

From what I’ve learned, I incarnated in this life with this time and my family because it set up the perfect occurrences that led me to my path in magick and ascent to godhood. I have faint memories of my time before this life. Seems I was of a race of astral beings that came into human existence because humans have limitless potential when it comes to increasing power and chose this time and setting because I knew I’d lose my memories but would meet the people who got me started in magick and teach me what I need to get my memories back. I have family that are shitty people and fuck me over often, but if I was born another time to another family I may have never learned what I needed. I know I sound a little crazy but it’s been my experience.

I think we all may have chosen if that’s the case we chose, because these generations have access to so much knowledge that in the past would have taken many life times to amass, like a few hundred years ago, a book of magic would have only been read by the elite’s, and they didn’t have many, now we are flooded with books at the touch of a screen, that’s probably why so many indigos and crystals have come now,.

I believe that I chose my incarnation. I remember telling my mom once when we were both drinking together one day, “I’m pretty sure that I chose you to be my Mom, and looking back, I’d make the same choice again.” It was a really emotional moment.

But, yeah, I don’t have any express experiences, it’s just been what people have told me and it makes sense, so I believe it.

You plan your incarnations in heaven or hell based on what is given at your judgment.

So I’m stuck in a time loop? The last two days I remember living through already, I always get de ja vu on here

I read it, sorry, all along I was thinking, “she could have made a killing with some good investments lol”

Yeah I know disassociation is the key to magical power’s, Eastern teachings believe so too.

You jumped from private to public

From what I’ve seen, most of the time the human part doesn’t choose where it incarnates. The higher self is responsible for that function.