Chakras & The Book Of Revelations

Making a stub toi move some posts to, in response to this reply:

I was raised Catholic and read the book of revelations. (the last book of the Catholic Bible) There are several references to the charkra system in the book of revelations. People keep missing it because they are out of their depth with symbolism and protestant Christianity removed it because it was too confusing for the newly literate masses and they wanted to simplify things for people who didn’t get it.

I suppose I could dismiss it as some leftover attachment to another system, if Belial wasn’t so blatent about it when we did the whole project of me channeling images for the tarot cards (spirits appeared and I traced over them, (note, I would not recommend it to anybody, it is potentially dangerous.)

The charkra system appears notably in the hermit card, where instead of the traditional confusing image of a hermit holding a lantern, the chakras appear in all their glory. (as a serpent made of hearts, colors were added later and may or may not help understanding the meaning of the card) 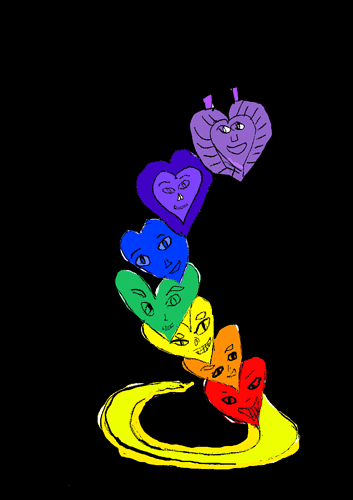 Hi, so the image here is a portrait of charkras?

Well, it is what I channeled for the hermit card in this deck. I mean, the cards are pretty esoteric enough, but the idea is to make the symbolism more comprehensible. It was as if I actually became in some cases, the perspective of the card.

DarkestKnight made the comment about mysticism, or the eastern idea of yoga, or of the hermit not really being part of western magick. It is really hard to get away from society in the modern western world. It is always waiting for you to drag you back into it whether you like it or not.

During the pandemic, we had an opportunity to really get away from it all, but some people went to far with it, and thus ended up in a universe where the intrusions are even greater than this one.

I moved these here because it’s a bit off-topic for DK’s Journal, and an interesting discovery that was a bit buried as well.

Check out this bag my co-worker brought in. I saw this thread and the bag a while ago now, but didn’t respond until now. Is this a common design? 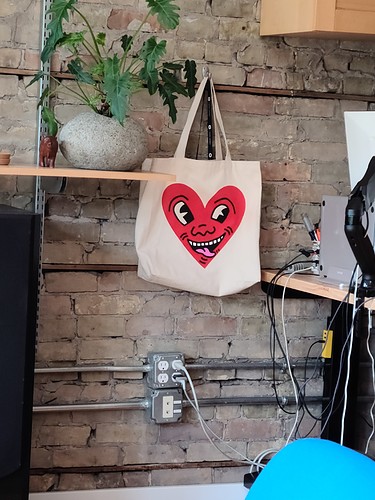