As I understand it, Archangel Michael and Lucifer are actually on fairly friendly terms.

I dont work much within the angelic, but this is what comes to me.

Thank you now i know their wings varied in colour.

In old pieces of art their wings were almost always dark or colorful.
I mean, just compare this cool badass Raphael (who is a warrior, after all): 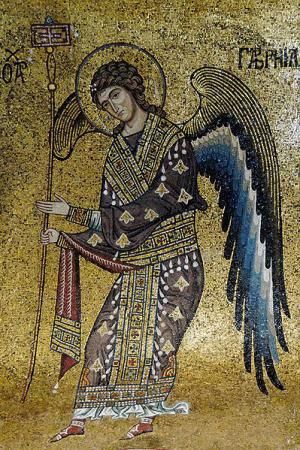 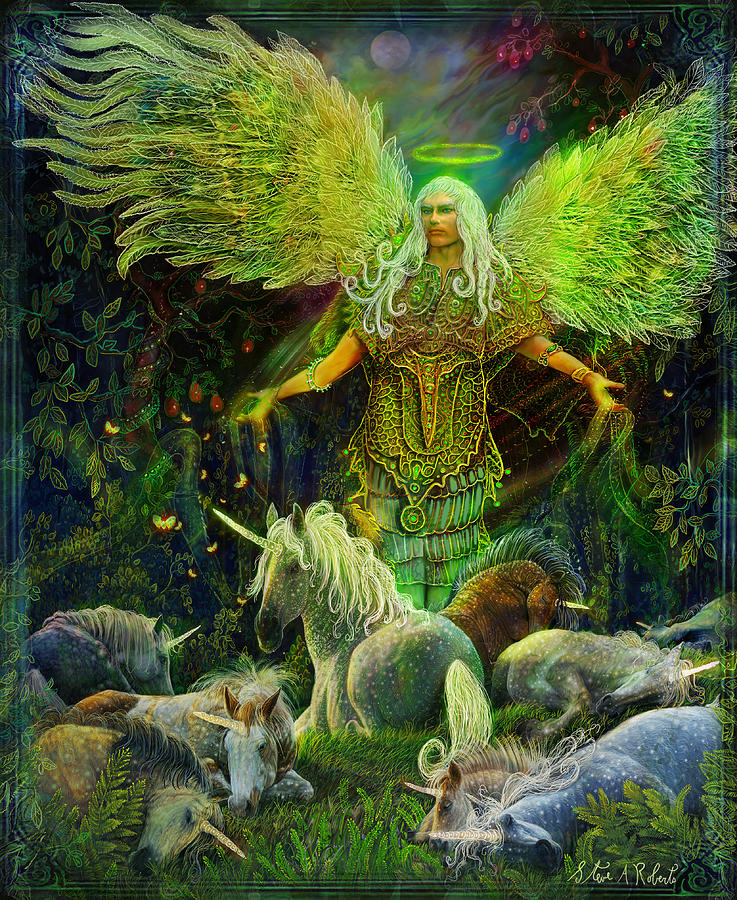 Who were lucifers parents? Even though my third eye is fully open i cant see spirits yet, i can only feel their energy and talk to them so i dont care what they look like because i cant see them anyway. Thinking about it ive never really judged people by their appearance either. I think we all interact with the spiritual realm in our own way. I get visions in my third eye sometimes but ive never seen anything not influenced by my preconceptions. No problem you do you. If they can appear as anything how do you know you are seeing their true form?

Yeah its pretty cool. How do we know its not artistic expression or how they used to work with those materials? Why did angels change their appearace because we started to view them differently? Just some random questions that popped into my head you dont have to answer, its just weird i dont think we can really know the truth, they could appear any colour they wanted. Most people that see angels in real life or dreams or astral see them as bright white. Its weird you posted that because i saw a unicorn once, its the only creature ive seen. I agree that type of deptiction is stupid and unrealistic.

How do we know its not artistic expression or how they used to work with those materials?

Of course it is artistic expression.
But it clearly shows that angels weren’t always depicted as nightgown wearing harp players singing “I’m here to heeeeeaaaal you Barbara~~~~”.

Most people that see angels in real life or dreams or astral see them as bright white.

If they appeared to them as fiery wheels with eyes everywhere they probably won’t recognize them as angels though.
Nowadays many people learn angels look like this, and as long as it serves the purpose, they can appear like this.
I’m not going to claim to have seen an angel’s “true” form.

It’s just, these fluffy angels were robbed of most of their personality, skills, knowledge, their colour.

The third eye is always open it’s just a matter of working the muscle like you work physical muscles.

And because once you learn to scan you can tell the difference between a polymorphed/shapeshifted form or an illusion. Neither of which are 100% foolproof.

Yeah i get that they werent always like that but generally they were depicted like fairly adrogenous humans with wings. I never knew people took this so seriously and im an incarnated archangel. i apologise. Funnily enough i actually took a shit load of acid once and i saw those eyes on everything around me, it wasnt until years afterwards i knew what they were. ive been surrounded by angels my entire life and been saved from pretty much certain death several times. Archangel micheal just appeared in my room now. They havent been robbed of anything they are free and can appear how they please and when and where they please. That makes no sense at all, they still have their knowledge, skills, personality and colour, it is literally impossible for that to be taken from them in anyway. I cant think of any situation thats a possibility, maybe if they were killed but im not sure they can even die.

That makes no sense at all, they still have their knowledge, skills, personality and colour, it is literally impossible for that to be taken from them in anyway

Sorry but you completely misunderstood. Of course the real entities cant be robbed of their skills. But they are robbed of their skills in humans’ minds.
An example: Most people think angels only do “good” things and serve God. I met alot of witches/lhp practicioners that think they cant work with angels because of this, and that’s simply wrong.

and im an incarnated archangel

Im not so sure some peoples seem to be completely shut, you know like most atheists and christians. some christians will fight to the death to keep it completely shut they can be more scared of it than going to hell. certain chemicals can completely shut it too. There is a difference between open and 100% open, the spirits i worked with helped me open it fully. I agree its sort of like a muscle i do work on it everyday. Good luck in seeing the true form of the spirits you work with.

You mean the human perception of them has been changed, i get what your saying, the abrahamic religions and new age ruined everything good about spirituality. Yeah i agree they are brainwashed, need to do research, have experiences with them and channel their own gnosis of these beings. I work with them both at the same time everyday, i also work with jesus he was a badass black magician not the son of god.

A third eye cannot be completely shut it’s like saying one of your important organs are shut, 3rd eyes can be sealed to where the energy flow and distribution is limited but not completely cut off.

Yeah if you mean the chakra, its always active to some minor degree. The 3rd eye its self is a physical thing in the centre of your brain called the pineal gland and you can be completely shut off from accessing it when awake, so i guess you could say it cant be completely shut because it still causes dreams. Manly p Hall wrote a great little book about it.

Did Gabriel rock out to the Behemoth song?

Sorta, it was kinda weird, but cool

@Uneventoes, this thread is over 2 years old and the member to whom you’re responding has left the forum.

While you’re posting, please post an introduction in the introduction thread, as that is a requirement of the forum: