Tl;dr = Got very mad and five different people got their crap pushed in after a single hexing, in about a month after. What you need is to be angry enough to cause a long-lasting scene, about teenager on rehab-levels of anger. Read on how/what happened.

We’ve been suffering a lot of corruption in our gated community for years and I reached tipping point when the resulting tension affected my relations with the rest of the house hold.

What I did is that, after receiving even more bad news, I lost my composture and stabbed a steel feeding bowl with a pair of scissors. Basically had a breakdown where I did that with all my strength, risking my well-being (imagine I nick myself with that!), and only when I felt exhausted after a flurry of five or eight hits, I let out a guttural scream. Scared the crap out of neighbors, the point is I did not care about that anymore.

I just had to let it all out, nevermind the ensuing gossip.

Truth be told if you heard that coming from the house next door you’d probably run for cover, it was a shitshow bordering a call to the cops, or the national guard. I also slammed the bowl on the floor and when it bounced back, I punched the microwave clean off the counter, flattened the bowl with a stomp and flailed the micro by its cable on the walls until it broke, glad it was already unplugged and about time I got me a new one; what I want to convey is the imbecilic levels of anger I was mired in - which are the source of the curse to begin with.

After that and only after exhaustion had settled in, I sat down and muttered the general idea of what I wanted to happen. There were no special words, names of gods/demons that I said, just a laundry list of exaggerated maladies I wanted to befall all those who had wronged me recently. For the sake of completion I did an anathomical exhaustive narration such as follows:

“May your hair fall off, may your ears swell until your deaf, may your eyes rot in your skull and choke on your own tongue…”

Right after that list, I went with social tragedies and accidents, like “may your kids abandon you in a resting home, but may you survive them and see them buried, may a car crunch you flat…” I simply rambled on until I ran out of original and horrific ideas. I did not want to repeat myself, just went on and on trying not to sentence them to something I already said. For whatever reason, this was felt as very important to me, maybe it will not be for you, but it was a key element to keep me running on fumes.

Right after that I read the exorcism of Edin Na Zu (from the Simon Necronomicon, easily found online), had a shower and went on about my business trying not to act on those wishes, I mean, after all I still had to see those assholes during the day. About one month later I get news of:

There was a sixth target involved and, LET THIS BE A LESSON FOR YOU, I thought he did not deserve to get wrecked. Though I had a general idea of who I wanted punished I had never named them in the curse, but I was having second doubts on this sixth person who I wanted protected right after the curse was laid.

DO NOT EVER DO THAT.

Having remorse is a sabotage to not only your work but against yourself, literally, as it may cause the resulting hex to lash back at you. In a way it is a living thing. All I got was splitting headaches not the moment or days after the curse, but about a week after I heard of the big news, and for a whole week. If you find yourself in that position, exorcise and purify. Shungite works wonders, just do not confuse it for obsidian when you go buy it.

What happened to this sixth target before I pulled the curse back, in a single day:

Dude could have fried himself on the spot merely a few hours after the curse. How did all this come to pass? Well it has been a long time coming, but also because I had lost all inhibition in lieu of acting out my anger, that is in a way a gnostic state, where you will and desire meet each other.

So far this adds five lives destroyed to my tally, a total of seven. And seeing how things are going as of a few minutes ago, the numbers might start growing again. I’ll keep you informed.

If you’re suffering from illness, give my other thread a look.

Asking for ideas to bind disease to an object Spirits, Evocation & Possession

Placeholder post for additional notes and/or images (if allowed). Sorry mates, I really couldn’t have done it before. I was in a bad place mentally and writting this has taken me a few tries, don’t know why, but it did. Hope you find it useful! 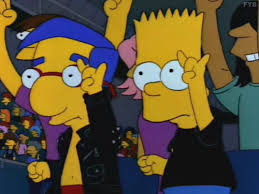 I am down with the Destruction and Death

This is one for the history books

“May your hair fall off, may your ears swell until your deaf, may your eyes rot in your skull and choke on your own tongue…”

Right after that list, I went with social tragedies and accidents , like “may your kids abandon you in a resting home, but may you survive them and see them buried, may a car crunch you flat…”

Amazing thank you for sharing

I have returned to this thread thanks to you all your appreciation, so I’ve remembered I should have added a few things for the sake of completion.

+ Why this hex worked: Because it was a spontaneous action with a lot of heavy emotional build up until that tipping point. Secondly, because of the method, just “letting it all out” word for word, because while it is not necessary, it is not the same as if you have to sit still and visualize all sorts of situations. Picture how exhausting it would have been to visualize each of those people, individually, being swallowed by the generic black mist or tar we use to represent all the evil in the world.

+ A reminder: It is best you whittle down your enemy than to try to pull this hex in one go. This means that if you absolutely need someone out of your life you should probably try more than one stable method, like vampirizing, binding, dream manipulation so on.

+ The best non-impulsive method: Candles. Lots of them. No worries about the color if you cannot get them black, what matters is that you charge them up with your intent and anger and store them for a later date. Hell, you don’t even need to charge them with your emotions if you can anoint them with the appropriate oils or waters

I would not know what to recommend you on this aspect , you should do your research with what materials you have available around you, as chasing about a special oil that you cannot produce yourself is no way of living. You want these people dead and wailing, free of charge, right? The most basic substitute I use is a chicken bone that I wrap with a target’s photo/name and let black candle wax drip over it, but it is not the most effective thing.

+ A warning: My situation was very special and it worked because I was unreasonably angry (I destroyed my kitchen and I am not even joking, read further to understand why), and I feel in my bones that I would not survive doing this again if I had to. It is fine and dandy being able to murk so many people on a whim, but having a heart attack soon after really does not pay off. And I do not mean this as a psychic backlash, only the stress is dangerous enough.

+The anger: I will try to be brief on this one. I aim to explain how unreasonably irate I was and, unless you are up to that level, you could find your own spell a bit disappointing. This does not mean you cannot do it yourself nor that there aren’t many more effective methods, what I did was a very luck shot after all.

What happens is that I live in a 40-year old condominium that is falling down as I type due to faulty construction and I had caught wind of how the Home Owner’s Association was bleeding us dry and pocketing the money. This had been going on for years until it reached a tipping point, in which not only I got the required evidence, but also an estimate of the cost of legal procedures.

When I understood that my only chance to bring them low could well cripple me financially too (we are talking nigh to eighty thousand dollars - no joke), well I lost my temper. I was cutting meat for my dogs and I ended up putting a pair of scissors through their steel feeding bowl (it isn’t that hard to be honest). Since I also had a faulty microwave, well, that went to the wall and I tore the ware cabinet on my way out.

I dented the dishwasher’s door in with a kick too.

+ Was it worth it?: Hell yes! But I’ve had headaches every once in a while and a persistent eyebrow twitch. That can be a sign of underlying health issues, but they weren’t there before I sacrificed my kitchen. I am not proud, it was stupid to lash out like I did, mainly when the microwave hit me in the backswing, seeing how I was flailing about with it held by the cable.

THE BOTTOM LINE IS BE SLOW AND STEADY BUT VERBALIZE, PUT THE HEX IN WORDS, it beats visualization when you really have to let it all out.