I want to ask the favor of friends who if they have information and images of the Zepar demon can share with me? And if I have anything that can help ask me if I know I’ll help too, thanks

Marcos, trickster of the hill

Hello Due to the polemic that this post might create, I shall keep things straight to the point: Is there any demon that can create a miscarriage that you know about? I’m not in a desperate situation, but I suspect the information will be useful in the future. I’m aware of certain spells to create miscarriages, but I’m not aware of any demons I researched on the forum and there is only one post about this topic who didn’t provide much information about it. Thank you very much in advance

I found this searching here for the keywords “zepar sigil”. There’s probably more.
If you mean images of his appearance, that’s mots likely going to be unique to you, it doesn’t really matter what other people see, and could cause you doubt where none is needed. 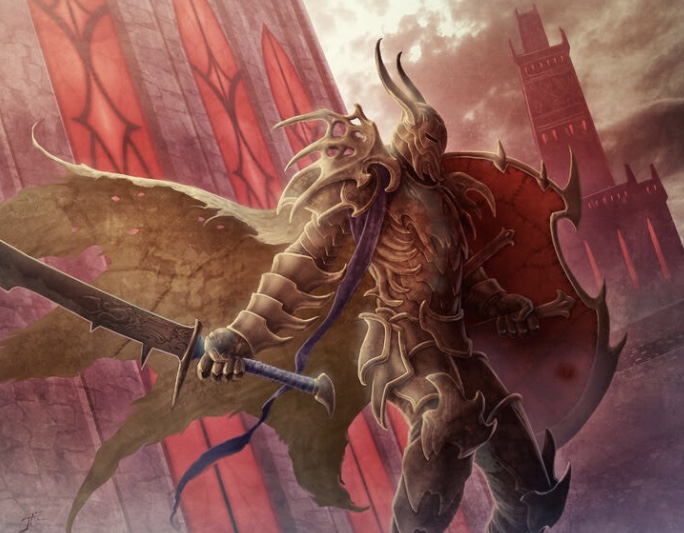 Is Zepar also for Love workings?

I would say yes @Rav 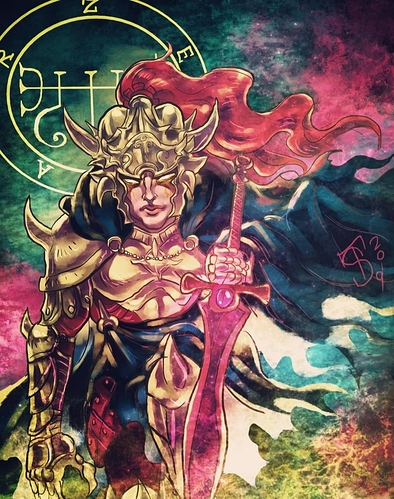 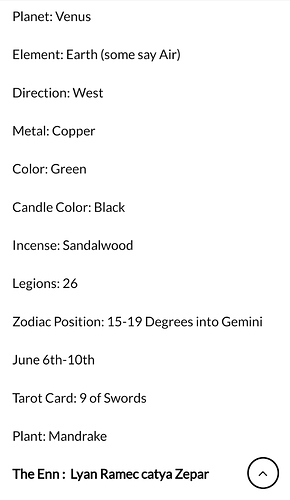 Well, I just got done summoning Zepar and I dont know If this is common with all Demons or what, but it’s been 10 min now since I ended my ritual and my skin is literally on fire, itching and feeling burning hot and it looks like there’s red scratch marks like an allergic reaction or I’m breaking out in hives, is this normal ??? Otherwise the ritual was great, he’s responsive very subtle but hot sensations throughout body long after ritual is finished.

How did you invoke him please?

I just tried invoking him. I used the sigil and had a chant of his enn playing through my earphones. Unfortunately, I only have white candles. After a few minutes, his sigil started disappearing and reappearing… I assumed he was there and made my request. I just… I’m not that close with the demons yet, but I am working on it! Is it possible for anyone who has contact with him to maybe ask him if he accepted? Just like… when you invoke him next time, would that be okay or is does that go against the rules?

Honestly, I just drew his sigil (it’s quite simple) and turned off all the lights. Had a candle as my only source of light. I listened to a chanting of his enn on youtube (with earphones on) and just stared at the sigil. I don’t know if this makes a difference, but when his sigil would dissappear, the flames on the candle would go wacko (like pow-pow-pow-pow) and when it would reappear, it just went one flame normal.

The effects are different for everyone though. And I was pointed more south west rather than totally west.

I’ve seen some conflicting information, or perhaps mis-information, I’m not sure. I don’t know what the original source is but it seems to be copy-pasted in several places.

Also, it’s often heavily implied that he is meant more for men to work with.

Zepar is a favorite of mine. Absolutely mandatory to understand his paradigm if you’re on a male sexual pathworking, or a love one that involves sex on any meaningful level

To him, sex is power. Ultimate power.

“Everything is about sex, except sex. Which is about power.”

On the spectrum of “Oh… you’re a really nice guy” “Rough yet possibly boyfriend potential” and “Scumbag who pulls a new girl 3+ nights a week” he’s all for the latter.

It’s a bit extreme even in my view yet he’s definitely got a point if you’re able to hear him out. Some High Priestess Tarot energy to these. It’s a lesson that must be seen or experienced to grasp.

I can’t really talk about what he taught me openly on the forum without pissing off at least half the women here and breaking rules though so PM me if you want to hear it.

It’s dark and it sucks and he’s right. Eva gets it too though from more than a few things we’ve talked about. Sort of a Joker philosophy from the Batman universe in a way; you don’t like it but the guy has his finger on the pulse of something very deep that goes completely ignored.

Takes gender dynamics far and beyond what most will need to the point of psychopathy in a way yet all he does is reveal the real rules to the game. Most people are playing baseball on a football field and nobody wants you to know the actual rules. He’ll not only give you the real game being played but show you how to take the season.

Thing to keep in mind though is you aren’t going to have many of the audience cheering for you if you devastate the other team as they’ve gotten accustomed to watching a mix of baseball and football. Consider this metaphor carefully. Why are you on the field to begin with? What truly constitues winning for you?

I’m not all in on his view but I use about 25% of it. Because I like to win the actual game, I just make sure everyone has a good time and we’re all mostly still playing next season.

If you want to learn more, look into r/K selection, evolutionary biology, evolutionary psychology, and brace for some truth you didn’t wish was true if you’ve got a basic societal approach to love and relationships. His view is cold, fun, and as brutal as nature herself and he’s the man to show you how to tame her …for a while

Best to mix with another spirit like Sallos, Haniel, or Sitri if you want more than 3 nights with any of your conquests. This is not the man for relationships though he might have something more to teach there I haven’t learned. The lessons he taught me as a foundation for the relationship world are invaluable if you’re willing to learn them though.

You won’t become an incel. Far from it. Though be prepared to get called one from every direction if you mention a word of what he has to say on Reddit. There is a fine line running between all those comments between the dudes who get it and the ones who are resentful and trying to make sense of why they’re losing by going for home runs instead of touchdowns.

Make sure you genuinely love women or you might actually do some genuine emotional damage if he takes a liking to you and your personality isn’t set for living in harmony in your personal life. Do what thou wilt.

More context because I’m getting a download. I’ll try to fiter this/make it “gender neutral” (Yas) so it doesn’t break rules yet is still practical (…dammit)

There is a distinction between romantic harmonious love and the belief one is in love when they’re powerless and vying for an equal/upper hand again.

These emotions have the same word, and maybe a sense of “I’d do anything for you. Forever” yet come from a completely different place.

If called on for this sort of love, he would show you how to devastate the other person and keep them addicted to you like a drug. More baneful than love energy wouldn’t you say? Most of you are looking for this from the deja vu get-the-ex-back threads that drives half the forum here to begin with

Zepar will show you how to do that, at least next time. It’s more warfare at that point than it is soul diving. Unless soul diving is a tactic to get someone more and more on the hook. …You see the psychopathy? He’ll teach these mechanisms and it’s damn fascinating, especially if you’ve been losing most your life.

Most of it resolves in drama, which many actually enjoy. It will be volatile and an emotional domination of sorts that will lead you to a space of indifference while the other person is lost in you. This is why he’s mostly for short term “relationships” of 3 nights tops.

(Possible rule breech here)
Women are generally MUCH better at sensing the potential here than dudes are so these interactions don’t last for long, though dear god they’re wild and fun… Emotional distancing. This is a place to start contemplating fellas.
(End of danger zone)

Maybe don’t call on him for a relationship spell unless it’s a sort of revenge ex hatefucking thing you can’t get out of your system. Even then, you’re caught up just as much in a war at that point.

Much much better for short flings with people you’d love to go there with physically but don’t see the value in anything further. He’ll bring them to you. He’ll definitely bring them to you… What’s the game you’re playing though?

This is some seriously valuable insight…thank you.