Your Vibe Attracts Your Tribe

Something’s wrong with your e-penis

So is your vibe attracting the wrong tribe? If you have all the wrong types of people in your life, maybe you need to consider what you are putting out there and make some adjustments

That’s true.
Though sometimes it is not so obvious if people around you are good for your or not.
Keep friends around you, that are actively helping you to overcome your problems.
Not the ones who only repeat what you say and who celebrate you, even though there maybe are things you have to change.

Not the ones who only repeat what you say and who celebrate you,

This. Friends should make you better and drag you out of the mud not keep you in it

Sometimes, but I prefer friends who are also honest with me, if I’m fcking up someone needs to call me out on my shit. The best friends I’ve had, were the ones who would tell me honestly what they thought, rather than just lie to me, to make my happy.

Sometimes, but I prefer friends who are also honest with me,

I guess that’s what @dagar was trying to say.

That too yeah. They should be a positive influence not only emotionally but growth wise as well

Maybe he did and I missed it, I just mean it’s nice to have friends that care, but if I’m making a big mistake, I’d rather my friends let me know. I will still do what I want at the end of the day, but if they didn’t care enough to tell me straight the way they see it, then Idk if they are that good of a friend.

Sometimes the truth hurts, a friend will usually soften the blow a bit, but they should still be delivering it- imop.

Maybe, I just mean it’s nice to have friends that care, but if I’m making a big mistake, I’d rather my friends let me know

That’s the point. Someone who really cares, lets you know.

There’s no gain in bathing in your own problems. The water is muddy no matter how many people praise it.

For example my ex husband, I wanted so badly to have a father for my daughter, that I attracted the wrong kind of man for me, even if he’s a good father.

My soon to be ex became basically a crap father who didn’t care anymore about his son. He cared about his crazy conspiracy theories that he had that he thinks of as facts, and fake versions of people he has to obey.

All you divorced people who have an ex who is actually sane and cares about the kids are lucky. Why did I have to pick the bottom of the barrel, the man who couldn’t handle himself in the work force and went crazy. (no, okay, I let him marry me, I thought he was a different person), but after we got married, he just hated his work, and he kept putting himself through crap, abusing himself, and I felt every second of it.

He isn’t even a magician (nor is he religious) and he got rid of some of my magick books because of the crazy stuff he believes that he never even explained to me.

The worst part is I actually did the worst kind of spell work to have him back, why? Because I stupidly thought that he would still be a good father.

The best friends I’ve had, were the ones who would tell me honestly what they thought, rather than just lie to me, to make my happy.

Like Belial, should have listened to him about my ex.

I’m sure it’s garbage, but I couldn’t resist. 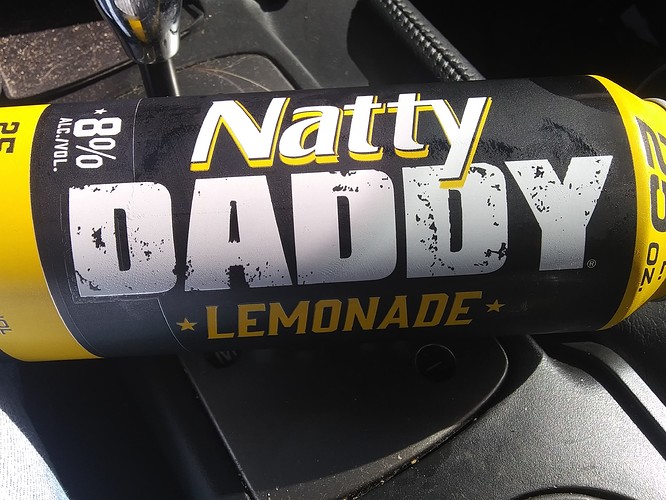 Yeah…it’s garbage… Good thing I bought two of them. Second might taste better if it closely follows the first.

You could replace it with the thing you make when you drink it. (yeah, it looks gross)
Although, why would hard lemonade taste bad?

But what if your perception is tricking you and you are in fact the one keeping others in the mud? It’s a possibility.

What about those who don’t attract anyone?
For example, it’s very hard for me to find people that I connect with. I can count on my fingers the people that I befriended in my life. There are lots of lonely people out there.

And how do we actually change our vibe?

You forgot “@Veil is some bish who shows up in my DMs when she needs a swift kick in the ass from the True Black deck”.

Very thought provoking, and I would say on point. I have ran with many different types of people, but most did not stay for long. Some stayed around longer than others, but I did not really have those who stayed for a long time until I started to change how I think and evaluate things. Looking at those I consider to be “my tribe”, I can see how they (while still being unique individuals) reflect my beliefs and the values I hold myself to. “Your Vibe attracts your tribe” sounds very similiar to “You are who you surround yourself with”. One focuses on how the internal effects the external and the other the external effects the internal.

some bish who shows up in my DMs when she needs a swift kick in the ass from the True Black deck”.

I should give her a dm sometime for this. Good thinking…Hehe