Your Vibe Attracts Your Tribe 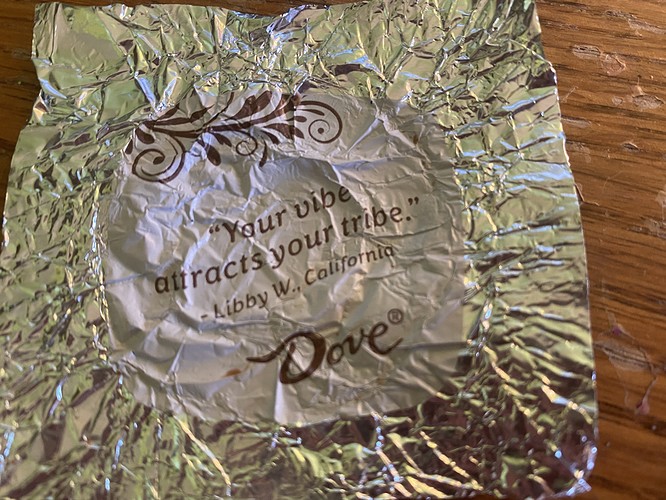 So my super awesome boyfriend, sent my favorite chocolate. I tend to read the messages and toss them, but yesterday morning, I picked five pieces out of the bag and four of them had this message. The first one made me pause and think, Well yeah. By the time I had consumed five pieces with same message four times, I had to wonder if this was not a subject that we should have a discussion about.

You know they say, As above, so below. Where thought goes, energy flows and so on and so forth.

I started thinking about the people in my life and why I was attracted to them.

Originally, I was attracted to @Anziel_Merkaba because he responds to me like someone else did. He’s able to banter endlessly and keep up with me, he can handle my attitude, my humor and he makes me laugh with his dumbass sense of humor, on top of he treats me pretty damned good for me being a cold-hearted bitch.

Then there’s @dagar . I’m attracted to him, because he needs emotional healing, and he has a decent sense of humor.

@Angelb1083 has a similar personality as mine.

@norse900 reminds me of my daddy, funny, smart and military.

@ReyCuervo 's doubtful mind, is often like my own.

@Anassa is her self, no matter what and doesn’t care what anyone thinks about it.

@DarkestKnight is able to keep the logic, within the magical.

@Nomad is a sarcastic jerk

@Velenos will argue with anyone to the death. (When he’s explaining/has a point to make etc)

That’s just a few for example, I can’t tag everyone there is a limit. If we get into entities, I’m attracted to the ones that people consider tricksters, trouble makers, those that are dangerous.

Samedi is my clown.

Azazel is an asshole that only shows up when he wants something.

Elubatel puts me in my place and pushes me to do the hard things.

Epione is the goddess of soothing comfort.

I could go on and on with examples, but the point is if you’re not happy with those in your life- be it people, entities, online friends etc It may be that the vibe you are putting out there, is your problem. Are you attracting the wrong people, because you are always in a pity party? Do you attract people that use and abuse you? Are you attracting asshole from either gender that don’t appreciate your value?

I could probably work this backwards, and come up with the reasons I believe the people in my life are attracted to me, and learn even more about myself. One of the things I hear in pms all the time, is that people write to me for advice or whatever it is- because I’m real. Because they can tell I am a real person and even though I’m doing this magic thing, and I’m getting results, I don’t make it sound like this Hollywood or impossible. I talk about the real things, the struggles, I keep things realistic- or I try to.

So is your vibe attracting the wrong tribe? If you have all the wrong types of people in your life, maybe you need to consider what you are putting out there and make some adjustments.

I love you, don’t forget that. And you’re cute even when you get all pissy about things.

@Anziel_Merkaba this is the only time she’s called me “daddy”…

I’m proud to have never been called daddy

You boys are not doing a very good job of supporting or disputing the statement that we attract into our lives what we put out there, ijs.

This has been said for a long time. Your energy attracts people of a similar vibratory rate.

Yepper, but sometimes we see people saying that they just can’t figure out why everyone treats them badly, or they keep attracting the same types of people or relationships and sometimes it comes down to how we view ourselves, what we tell ourselves, law of attraction, what energy we are putting out there and all of that.

I just felt like, damned this chocolate message is something we probably don’t hear enough and we should- sometimes we get dumped on and it’s not our fault, not like we asked for it, but if we are surrounded by the wrong types of people, maybe we are doing something wrong, or maybe we like people for the wrong reasons etc.

to how we view ourselves, what we tell ourselves, law of attraction, what energy we are putting out there and all of that.

Yes could be subconscious mind that attracts these things.

Exactly, that’s why I proposed it as food for thought. If you have a problem and go through and list the people in your life, kinda like I did and what you like about them in a short statement, versus why you think they like you, also in a short statement…

You should be able to come to some sort of conclusion about what you need to change, to bring in the right types of people, instead of the wrong ones.

Yeah makes sense. I personally don’t choose to have other people in my life other than this forum. Only other people I talk to are people I have to talk to. 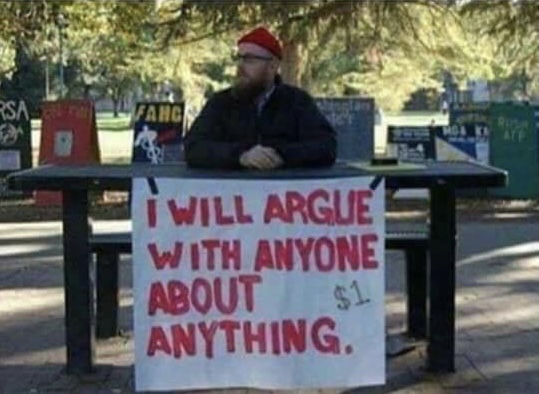 Partially related to that (but also on a general level) there’s the fact that personally I decided to learn some things about finance, politics (even putting a bit aside magick and spirituality)… perhaps it will be a quick period, but oh well

I don’t believe in blowing smoke up anyone’s ass…the ugly truth is better than a pretty lie anyday.

I could and maybe should have also added, the wrong people in my life have often been my own doing.

For example my ex husband, I wanted so badly to have a father for my daughter, that I attracted the wrong kind of man for me, even if he’s a good father. How he treated me, lead to how I felt about myself and other mistakes I made in people.

So it had a snowball affect in many ways.

Well, I think all of you need me to avoid jumping from a fifth floor thinking you’re going to fly like Superboy (no, you’re not ready to think you’re Superman)

I personally don’t choose to have other people in my life other than this forum.

We love you too, Pollo.

We love you too, Pollo.

@Velenos you are actually very homosexual. Argue against that!

If he drop kicks you, I’m sit here and laugh IJS