You are the tenth GateKeeper

Okay, we already know who all of the nine Gatekeepers are, and we know who they are in order. Although none of them are more important than the other, all of them have their own distinct role that they play.

Why am proposing is that when all 9 Gatekeepers are called and brought into manifestation, whenever the operator stands in the center of the Dark Star, the nine pointed star, the Heart of Darkness, whatever you want to call it. Operator becomes the Nexus that actually opens the gate, ushering in a new era within that specific operator’s universe.

These are just some of the thoughts that I’ve been having over the past few days.

I figured that I would share them with you guys so that we can see where we all feel that we stand whenever it comes to this matter.

According to some here, there are, in actuality, 12 Gatekeepers, so technically, the Operator would be the 13th, not the 10th.

I’ve been going off of my own path when it comes to The Gatekeepers. I’ll have to look around the Forum and figure out who these other three are.

Admittedly, I’ve been absent from the forum for a while as I’ve been dealing with my own personal issues oh, so I don’t know too much about it.

I believe @Purple and @C.Kendall have named them somewhere. They seem to be the two who have gone the deepest into the Gatekeeper work.

Well, those two, as well as most of the people here, know that what you see on the surface is but a facade.

Everything has deeper layers, I like to stretch my mind out to try and Encompass it all, but I honestly just cannot. At least not yet.

Facades over games over more layers, multiple- and mutti-tiered inhertances and complex motivations… It’s not boring

I’m noticing the use of the operator as a nexus. I don’t know about the other 3 gatekeepers but I have noticed the sync with stumbling across a sudden prevalency of 12 pointed stars in occult material. So I think these could both be options in the end, and the selection may depend on the working at hand.

I’ve opened all the gates in my astral grove, at last to some extent - some more than others. They are placed around my central dias. I find I can open them a crack, and a little energy comes through and you can go through them, and you can pry them open a little more with effort and more energy streams out, but without focus. I haven’t been through all of them, but it wasn’t dissimilar to going into the spheres of the qlipphoth.

With them all open, and standing in the center, that missing focus becomes myself, and streams of energy start to connect the gates to my astral form. I noticed two regular nine pointed 3D stars above and below - which is impossible, nonahedrons are never regular btw, so these are purely imaginary from a mathematical perspective - and these impossible thought-forms begin to ascend/descend into my form when the streaming starts. Happens every time and when I come back to the grove after a break they’re back… waiting… again. They have an odd, mechanical sentience.

Once plugged into me a mini explosion takes place. It’s very pleasurable, and my kunda starts raising, but for me, all the energy gets sucked deep inside me and doesn’t escape. I’m not sure if it’s because as a female I’m very yin and tend to store energy rather than send it out, or if that’s what it would do for anyone, but my intuition says this would be different for the male bodied mage. I have yet to see what would happen if I got ‘full’.

There’s 12 gatekeepers, the Black of Cube of Saturn are 100% connected. One of their fathers is the black snake of the Pit, and their mother is Tiamat.

I tried to explain this in pictures.

That’s all very well for your version of the universe. In mine, Tiamat is not actually involved. She’s not even on my radar and i don’t recognise her in my worldview they way you see her in yours. I think that’s ok, but since the gatekeeper pathworking isn’t your baby, Imma take that with a pinch of salt.

You can ask any of the gatekeepers about their mother and see what they have to say about her. The Leviathan. Don’t take my word for it. 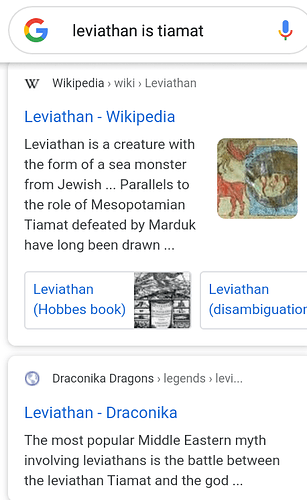 Leviathan is pretty awesome and his race of leviathans that chose to follow him. In their “humanoid” form I really like Leviathan’s style lol.

I’ve been thinking about this too since the Belial pathworking. Look into the SAH Serpent’s Breath meditation by E.A. on YouTube. Dissect the words. I believe the answers are there. I feel like the Lord of Darkness is the operator. The body is the gateway. It is the culmination of all 9 within yourself. Creating god within your own fleshly temple. I think it’s deeper than just that but I do know that Belphegor, who is obviously not apart of the 9, has indicated that this is very much possible.