Why you should always honour the entities you work with: learning a hard lesson (Lord of the Flies Edition)

Hard to believe I’m writing this but yes, as the title suggests, I recently learnt a pretty hard lesson in honouring the entities you work with.

It was completely unintentional. I had called on Beelzebub to help me out with a few things at a specific location (we’ve always had a pretty chill relationship) and got a resounding “Yeah, sure, no problem!”

Now, in order for my request to work, I used a little wooden plaque bearing his sigil and a few other ‘witchy items’ in a small packet. These, I kept at the location at all times. Over time, I began to get results, which was awesome. Unfortunately, life did a 180 on me and, suddenly, I no longer frequented the location (long story).

I could have emailed the location and asked to pick up the sigil plaque but I just… didn’t. I got so caught up in the events of the aforementioned 180-event that I completely forgot about Him (I know, I know…).

Nothing really happened at first. Life went on and I even moved house. That’s when the problems started. Small at first, then they grew bigger and bigger and more insistent. My spouse actually even suggested maybe trying to collect the sigil plaque and I shrugged it off and said, “yeah, yeah, I will get around to it”.
But I never did.
Eventually, the events became serious.

Here’s a full list of events (over the period of 3 weeks). The last three happened on the same day and are what caused us to consult the cards:

*Our car stopped working whilst we were driving it… It’s still in the repair shop.

*I was outside when I stepped on a board with three gnarly, rusty nails in it.

Had to rush and get a tetanus booster shot the next day.

*I stepped on a thumbtack barefoot.

*I sliced into the tip of my finger. It wasn’t deep but I’ve only just got the feeling back in it.

*Developed serious gastric and back pain so had to go to doctors (no health insurance).
They couldn’t settle on what was wrong. Could have been gallbladder issues, a stomach infection, back injury, kidney stone… Eventually, they put me on antibiotics and told me to eat/rest/drink plenty and keep them up-to-date.

*My bank card got cloned. A new one took almost 10 days to arrive.

*I developed sudden weakness in left hand and began dropping everything.

*During the move, I also pulled some tendons in my right wrist.

*I began to forget things at an alarming rate. As in, in the middle of speaking a sentence, my brain would ‘‘shut off’’ and I would forget entirely what I was saying.

*The car we borrowed after our car cut out, cut out, too.

*Despite checking my shoes daily since the nails-in-the-board incident (yay paranoia), another thumbtack appeared in the sole of my shoe and jabbed me.

*I pulled several tendons in my foot which hurt like a bitch.

My spouse and I were convinced someone had cursed us and so, we did a card reading. The first told my spouse to back off. The second, I did myself, and there was a warning (great forces approaching) but also amending and healing. I did another reading and pulled Beelzebub’s card. Only then did it hit me… I’d left him behind!

Soon as I realised I sent that email and got a response right away that he’s in a box, ready to be collected. Plans have been made to collect him and I’ve one (yes, ONE) stick of Beelzebub incense left to burn. Since then (2 days), the tendons in my foot have felt better, my pain in my stomach/back has almost gone, I’m much happier and sharper, my bank card arrived, I’ve managed to get everything figured out for Christmas and we got a promising call about our vehicle.

Needless to say, when I get the sigil plaque back to my new home, I’ll honour him with the incense, food, water and a heck tonne of apologies!

So, yeah.
Keep your promises, people!
And to Beelzebub… Sorry about that, mate.

Its definitely been an interesting few weeks. Beelzebub takes his stuff seriously it seems.

You’re experience has happened to many practicioners that I’ve known. I’m ultra careful about honoring my agreements with spirits exactly due to this.

I hope others can draw a valuable lesson from your experience.

Thank you all for your replies and I, too, hope someone can take away from this.

Unfortunately I was unable to collect the Sigil Plaque as planned, so I went ahead and spent 3 hours last night drawing and burning ol’ BaalZebub a new plaque. It’s bigger and I did it myself, plus I made a small offering, burnt the incencse as planned and basically grovelled for a while.
I’ve attached a photo below

I also forgot to mention that my spouse suffered a horribly abscessed tooth (but this could have been stress exacerbating his pre-existing issues with that tooth). At this point, though. . . Who knows? 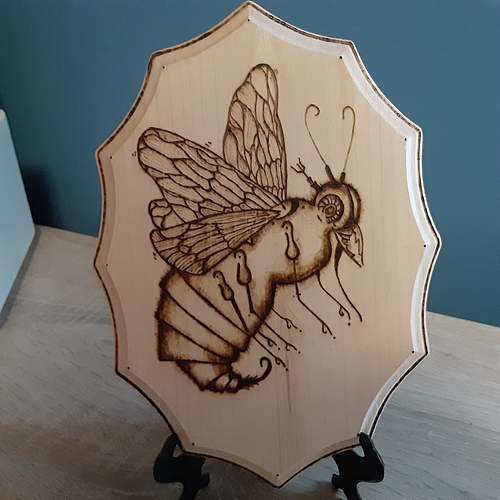 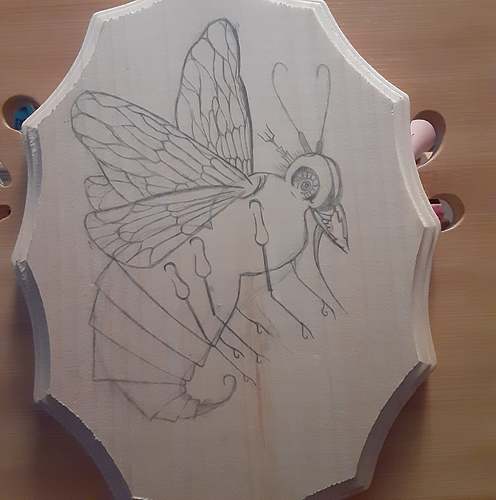